Kevin Miller wrote a piece in CT about you, Rob Bell, and Don Miller. It follows other negative articles about you, and them, in CT. Do you think the portrayal was fair, and if not, why not?”

I read the article a couple times and the first thing that struck me is that Rob, Don, and I function in the article as little more than a convenient apparatus against which to leverage so the author (and CT?) can double down on 3 things:

According to the article, I did several things wrong.
1. I flirted with universalism.

Anyone who applies the term universalism to my understanding of things hasn’t read me carefully. The situation is actually much “worse” than simply switching from exclusivism to inclusivism or universalism. I think the set of assumptions that divides the world into inclusivists, exclusivists, and universalists is deeply flawed. It’s not that I’ve answered the “who goes to heaven” question differently – it’s that I’ve become convinced (by Scripture and by many great theologians of the church through history) that “who goes to heaven” is not the primary question Jesus (or other biblical writers) came to ask. As I understand it, he and they were asking a very different primary question: “How can God’s will be done on earth as in heaven?” That primary question will result in a very different kind of Christianity.

2. I left the pastorate.

Should spending 24 years as a church planter and pastor qualify one as a quitter? Although I did leave the pastorate 8 years ago, I didn’t in any way leave the church. I’m a quiet and grateful member of a congregation in the community where I now live. My years as a pastor make me deeply grateful for every sermon, song, prayer, and eucharist that I am privileged to share in when I am at my home congregation. When I’m not at home, I spend my time working with and serving clergy and emerging leaders around the world. So I hope CT readers don’t see leaving the pastorate as leaving ministry or the big-C Church!

3. I became convinced that older Evangelicals were wrong on homosexuality.

That’s true, but it goes much farther than that. I think significant percentages of older Evangelicals are deeply wrong on a wide range of issues – including homosexuality, our spiritual responsibility for the environment, the reality of evolution and climate change, solidarity with the poor, our role regarding peacemaking and war, equality for women, the reality of white privilege and systemic racism, and the legitimacy of torture, to name a few. So homosexuality is only one of a long list of things that I think older white Evangelicals need to rethink. Thankfully, on most if not all of these issues, younger Evangelicals are moving to a more just and wise understanding than their parents and grandparents, just as their parents and grandparents forsook much of the overt racism and anti-Semitism that were much more common among their parents and grandparents.

1. I was tempted by pride and celebrity, like Icarus “flying too high” in the old fable.

I certainly don’t experience my life as having much to do with celebrity. When I travel, write, and speak, I work hard, and when I’m home, I live a quiet, modest life. True, I receive large doses of heart-felt encouragement from readers, but I also receive large doses of hell-fire condemnation (often from nonreaders) and sincere critique. I would think I have lost much more than I gained in terms of readership, popularity, etc., by taking the stands I’ve taken. I’ve made my choices for conscience not convenience or celebrity, and the same would be true for Rob and Don. I’m sad the article assumes otherwise.

2. I wanted to be “accepted by the culture” and was unwilling to be persecuted or maligned, favoring applause and popularity like a “false prophet.”

Perhaps someday the author will find himself required by conscience to differ with the community in which he was raised, and he will find out that the persecution that hurts the most isn’t from “the culture” but from one’s own tribe.

3. I interpret the Bible to mean whatever I want it to mean, ignoring the teaching of the church.

Interestingly, the more I learned about the teaching of the church in its many forms across history, the more I saw it included a wide variety of opinions and views over time and in different regions. I saw it as a living tradition that engaged in self-critique and self-correction over time. The more I grappled with biblical interpretation, the more I came to believe it carries with it an intellectual and ethical responsibility – yes, to learn from, to honor, and to respect the tradition, but also to challenge it when necessary. In fact, challenging the tradition is part of the tradition … especially for Protestants, but also for Catholics. As I blogged recently in this regard,I think that some good and needed conversation about the Bible is happening among Evangelicals.

For today’s popular speakers who wonder if CT will be writing an article like this about them in ten years, I can only say that life is wonderful when you follow your conscience and aren’t afraid. I know Rob and Don would agree. As the Proverb says, “The fear of men brings a snare,” and as Jesus said, “The truth will set you free.”

Several years ago, a respected older Evangelical theologian confided to me that if he had it to do over again, he wouldn’t have let the fear of critique by Evangelical gatekeepers have such control over him. He encouraged me to follow my conscience and not trim my sails for fear of being singled out. I have tried to follow that advice, and am glad I did.

Kevin Miller is right – nobody should make choices based on pride, popularity, fear of persecution, celebrity, or selfish and stupid individualism. But Evangelicals will not be helping themselves if they assume the only reason people like us are critiqued in articles like this is because something is wrong with us. It would be good for Evangelicals, especially in places like CT, to go deeper in thinking about why they tend to lose (or drive away) so many of their promising young leaders.

The good news is that when I am among more open and hospitable Christians (Evangelical and otherwise), I find large numbers of people from a more restrictive Evangelical heritage – like Rob, Don, and myself- who were to some degree or another lost to or driven out of Evangelical circles. They are doing wonderful work in new settings, receiving a warm welcome, enjoying life, and creating space for others.

The article’s subhead said, “A decade ago, [Bell, Miller, and McLaren] stood as the leading voices for our evangelical future. We all know what happened since. But do we know why?” I wonder how many people really know – or really want to know – what happened over the last decade, and I wonder how many, even after reading the article, really understand why. Maybe the article will stimulate some curiosity and some second thoughts.

[LATE ADDITION: Someone just told me the article is on the website of Leadership Journal (where I used to be a regular columnist), not CT, but I think the 2 are still related.]

This post originally appeared on BrianMcLaren.net and is cross-posted with permission. 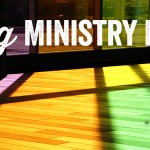