We spent the past two Mother’s Day weekends in the hospital.  Once for me when I was diagnosed with Celiac Disease in 2010, and then last year Gus was hospitalized on and off during the month of May for unexplained vomiting and weight loss.  I’ve been dreading the month of May, just waiting for the next crisis to hit our family.  So let’s just say I was overjoyed to be spending this mothers day with 5 healthy children.  Nobody was in pain, nobody was really sick, and nobody was crying!

Mr. Red bought me flowers on Saturday, dozens of roses (must have been a sale at the local produce shop, haha!), and then he awoke very early Sunday morning to make a delicious breakfast for our family.  At my request, we went for a treat at Starbucks after Mass.  While there, my kids (and Mr. Red) split a large strawberries and cream shake.  Because I am cheap, they all drank from 5 straws out of one large cup.  I wasn’t about to pay $4 per drink for 5 small drinks when you get almost as much in one large size for only $5.  Five heads were pressed together as they raced to drink the shake and get as much as possible before it was gone.  I was holding my coffee, laughing, and then insisting on a 30 second breather.  They obliged, but then resumed, and soon the two youngest were grabbing their heads and whining.  Apparently they were both victims of a head freeze.  Being small certainly has its disadvantages in competition.  Mr. Red and I were both laughing and I’m sure the entire scene provided ample entertainment for all the patrons of Starbucks.

We ended our day with a nice dinner out at a gluten free Italian restaurant.  It was pretty perfect.

But I know well that not every Mother’s Day is full of roses.  Most are not even close.  My first Mother’s Day was spent with empty arms as I grieved the death of my infant Therese.  Mr. Red was a pretty big hero that day too, as he made me a nice breakfast, decorated the house with a Happy Mother’s Day sign, and bought me tulips.  I was a mother.  It felt good to see it in writing and have my husband celebrate it. I knew I would go to Mass with empty arms.  I would have to look at all those gorgeous babies in the arms of other women.  Roses would be everywhere, congratulations and well wishes would abound, and the hole in my life would seem to grow exponentially.  I spent that first Mother’s Day clinging to our Lady of Sorrows, praying for strength, and begging for another baby, this time one that I could keep.

On Sunday I saw a young, newly married friend at Mass.  In her six short months of marriage, she has had two miscarriages.  There was sorrow in her eyes.  I approached her, gave her a hug, and wished her a happy mothers day.  When I came home, another dear friend told me of her second miscarriage.  She also has no children to hold.  I then thought of all the suffering mothers out there–our dear Katrina and her sweet Annie, another friend who is caring for two very sick boys, a friend who lost her infant son, and another who lost her only son.  There are friends with unexpected pregnancies, friends who are very sick, and friends with sick mothers.  The sad thing is that I could go on and on here.  There is so much suffering that comes with our vocation.  So many things that don’t go the way we want or expect.

But the beauty is that we love despite these unexpected sorrows.  We are battered and bruised and some of us have bigger cracks in our hearts than others.  But we keep on loving.

Nine years ago, when I spent my mothers day praying for a baby I could keep, I didn’t realize that my prayer would never really be answered.  That isn’t what motherhood is really about.  I won’t keep any of my children, because they don’t belong to me.  They are a gift.  I haven’t earned them.  They are God’s children, and I’m guiding them on His path, holding their hand until they don’t need me to hold it anymore.

I look at my daughter Gianna and she lights up my life.  Eight years ago, when I heard her first cry, she healed my very sad and broken heart.  As I sat up at night and nursed her, tired in a way that only the mother of a newborn baby can understand, I cried and thanked God for the hope I held in my arms.  She is a gift from heaven, a rose sent down for me to love.

And yet she is growing up.  Soon she won’t need me to hold her hand, she will be on her own path, serving God in her vocation.  She will make her own choices.  She will call and ask for my advice, and perhaps we will head to Starbucks and each order our own coffee.  We will chat and I pray she will know just how much I love her.  But no matter how much I love, she isn’t mine to keep.  None of my children are.

And that’s when I thank God for Therese and all those babies that die too soon and break our motherly hearts.  Therese has already reached her home, and taught her mama a very important lesson about motherhood–I can hold hands along the way, loving despite the unexpected sorrows, but my children are never really mine to keep.  Thank you little Therese, for this most important Mother’s Day gift.

May 16, 2012 Snack Attack!
Recent Comments
15 Comments | Leave a Comment
"Thank you for all your years of blogging. It has been such fun and a ..."
Kathy A Final Post
"Just for anyone researching this subject, I teach elementary music and most pop songs, lyrically ..."
Dirk Pop Music and Kids
"MA, it took me forever to comment on this post, but wanted to thank you ..."
Katrina Christmas to-do list
"Way to go, MA! That's the spirit, just one step at a time. I started ..."
Queen B Christmas to-do list
Browse Our Archives
get the latest from
Family
Sign up for our newsletter
POPULAR AT PATHEOS Family
1 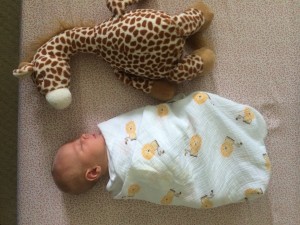 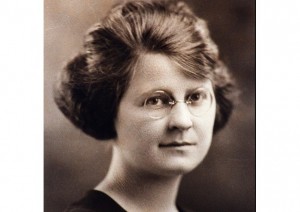