I have been overwhelmed with the response to this issue and am encouraged to see so many families willing to stand up for decency and dignity and to protect the hearts, minds and eyes of our families.

Your efforts definitely affected Lands’ End’s response over 48 hours and all GQ subscriptions have been cancelled (and transferred to Conde Nast Traveler, which you must still call to cancel at 1-800-685-0089) and potentially affected customers warned via a blast email that there may still be copies in the mail. I have serious doubts that this would have happened without so many thousands of people taking the time to speak up.

I would have liked Lands’ End to issue a more public apology and to have done so more quickly so as to warn families before they had a chance to get their mail. I am sad to see so many comments on Lands’ End Facebook page saying that a parent just was handed the magazine by a 12 year old son or had to have a talk with their daughter over what they saw or read. And their justification of “not wanting to exclude male customers” in their free magazine promotion by sending out such a raunchy, objectifying magazine is awful.

I also think that subscribing customers to any magazine without consent is a very poor choice and wish the entire “bonus program” had been terminated. Furthermore, as an observant friend pointed out, the GQ website is currently featuring several Lands’ End products, the Lands’ End Facebook page also links to GQ articles, and there are several collaborative efforts between GQ and Lands’ End Canvas, which raises some questions as well.

I am pasting the apology/warning email from the CEO below for anyone who did not receive it and would like to see how the company responded after being bombarded by a lot of unhappy, school uniform ordering mamas.

I would like to start by extending my most sincere apologies. We are aware that you have received or will be receiving shortly the July issue of GQ magazine with a suggestive cover. This was part of our recent customer bonus offer that was given to all customers who spent over $100 from July 9 to July 16. We are truly sorry this magazine was sent to you. There are simply no excuses; this was a mistake. Please be aware of the suggestive GQ cover and take the necessary steps as you and your family members check your mailbox in the next few days.

When we entered into a year-long partnership with Condé Nast, our goal was to reward our valued customers with magazine subscriptions highlighting fashion and lifestyle topics. We have been including subscriptions to select publications such as Self, Vogue, and Glamour, and since we did not want to exclude our male customers, we included GQ in the list of magazines. In no way, did we intend for this action to offend our most valued customers.

As a company, we are extremely apologetic that you have received this particular magazine on our behalf. While we are unable to halt the GQ issues that have already mailed, effective immediately we have removed all of our customers’ names from the GQ subscription list and have instead switched the subscriptions to Conde Nast Traveler magazine. Please be assured that your name has not been sold. If you would like to continue to receive GQ magazine or unsubscribe from Condé Nast Traveler, please call 1-800-685-0089 or send an email to GuaranteedPeriod@landsend.com.

We appreciate and value you as a customer and are committed to resolving this unfortunate matter. Please do not hesitate to contact us with any further questions or concerns.

August 12, 2014
Response to the Situation in Iraq
Next Post

August 14, 2014 Another Lands' End Warning
Recent Comments
2 Comments | Leave a Comment
Browse Our Archives
get the latest from
Family
Sign up for our newsletter
POPULAR AT PATHEOS Family
1 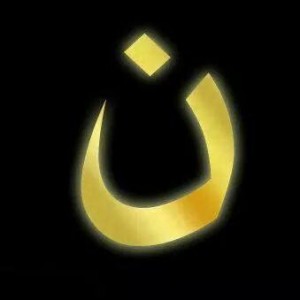 Family
Response to the Situation in Iraq
Building Cathedrals