Welcome to my blog. My name is Kelden.

Among many things, I’m twenty-two years-old, a graduate student, and a Witch who is incredibly bad with introductions. So, in order to keep this simple and free from social awkwardness, I’ve opted to simply answer some questions you may have about this blog.

Why the name “By Athame and Stang?”

The name “By Athame and Stang” comes from the ritual knife used in Wicca and the staff used in Traditional Witchcraft. I see these objects as not only tools but also as symbols of their respective traditions. Because this blog will be focusing on these two paths, I thought what better way to capture them than by invoking upon these powerful items.

What do you mean by “Traditional Witchcraft?”

Traditional Witchcraft is a term that, despite its popularity, is really unhelpful. This is because the definition of what constitutes traditional is completely subjective to the individual or culture to which they belong. What may be considered traditionally Witchcraft in one culture may not be in the next. Unfortunately, this often leads to a lot of arguments about who is doing it “right” or who is more authentic.

For the sake of this blog, Traditional Witchcraft will refer to any tradition of Witchcraft that either predates Wicca or is otherwise uninfluenced by it.

What are you? A Wiccan or a Traditional Witch?

Neither and both. I see myself as standing somewhere in the middle, with one foot in each. Contrary to popular belief, I don’t see these two traditions as necessarily dichotomous or adversarial.  While they are often pitted against each other, I believe that they are a lot more similar than many would care to admit.

I personally hold a very traditional view of Wicca as an initiatory religion. Therefore, in order to consider myself Wiccan I would need to be initiated into a coven. However, I readily admit that many of my beliefs and practices are influenced by Wicca. In regards to Traditional Witchcraft, many of my beliefs and practices also fall into the scope of what is deemed “Trad Craft,” including things like soul-flight and working with familiar spirits. But again, I think that the line that divides the two paths is incredibly thin and blurry.

In short, I identify as a Witch plain and simple.

What can we expect from this blog?

The reason that I began this blog is because as I began to explore Wicca and Traditional Witchcraft,  I quickly realized that my practice contained pieces of both. Being the Hedge Witch that I am, I thought nothing about straddling the fence. But soon I began to notice that for a lot of people it wasn’t so much a fence (capable of being crossed) as it was a  strict dichotomy, or rather two sides of a battlefield. While I was seamlessly blending the two practices, for really I saw little difference between them, others were warring over authenticity, or rather who was a “real” Witch. Now, obviously there is no “one” way to practice Witchcraft. Yet people are still hellbent on tearing each other apart in order to come out as the true “Supreme.” It doesn’t help matters that a lot of these arguments are based on nothing more than stereotypes, misinformation, and gross generalizations.

So in order to help end this pointless feud between Wicca and Traditional Witchcraft, this blog is aimed at dismantling misinformation, presenting well-researched material, and showing how one Witch creates a synthesis of both paths. Therefore, the contents of this blog will be a mixture of academically oriented posts regarding my research on the history of Witchcraft, as well as more mundane posts about my life and experiences as a practicing Witch. 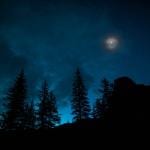 April 22, 2020
A Walpurgisnacht Ritual of Transvection, Or A Journey To The Brocken
Next Post 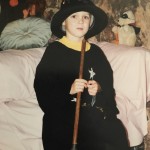 August 13, 2016 Into the Craft: My Personal History
Recent Comments
0 | Leave a Comment
"This implies that there's supposed to be a "real witch" that actually gets results. In ..."
Joseph Mother Fake Witches
"that is a very interesting thought"
froppy ◑﹏◐ Of Witches And Faeries: A Brief ..."
"I didnt care to finish my conversation but the other half goes like this: I ..."
Brianna LaPoint Introduction
"I was approached by Wesley Chiu of Callisto Media to write a book for them ..."
Madame Pamita Suspicious Witchy Authors: My Final Thoughts
Browse Our Archives
Related posts from By Athame and Stang