I have a confession. Christmas creeps me the heck out, especially Santa Claus. There is just something about a man who essentially stalks children all year (to determine if they’re morally worthy) and then breaks into their house during the night that has always caused me a bit of anxiety. Perhaps it’s all that stranger danger stuff we were taught as kids, or perhaps I just find his wardrobe to be heinously obscene (it’s basically a gloried Juicy Couture sweatsuit). Plus, in comparison to other folkloric spirits of the Yuletide, he’s pretty lame. Take for instance my personal favorite, Frau Perchta…

Frau Perchta originates from the folklore of the German Alpine region. She been  variously known as Berchta, Stubenfrau (spinning woman), and belly-slitter (we will come back to this, I promise!). As with many other spirits, she has the ability to take on many different guises as she so pleases. At times she can be seen as a beautiful woman with golden hair and a white veil. In this form, she is said to live in a subterranean palace where she tends to the souls of children who died during infancy. She carries the keys to happiness in one hand and mayflowers in the other. Sounds pretty wholesome, right? Well on the other hand, Perchta can also appear as a decrepit hag with a beaked nose, wearing rags and carrying a hidden knife in her dress pocket.

If you think that sounds pretty terrifying, just you wait. See, Perchta is bit of a critical Caroline and likes to judge people based on the cleanliness of their home and whether or not they have finished spinning their flax. Traditionally, she was said to enter the home during the twelve days between Christmas and Epiphany (sometimes refereed to as Perchtennacht). If she found that the house was a mess and/or that the spinning had not been finished, she would go totally postal – either trampling or setting fire to the spinning and presumably the house as a whole. Thus, it’s clearly a good idea that during those twelve days you make sure your house is spotless and that your damn spinning is done. Additionally, it’s traditional to leave her an offering of porridge, dumplings, or herring on your rooftop.

What about the kids you ask? Don’t worry, Frau Perchta hasn’t forgotten them either! She’s very similar to other Yuletide spirits in that she enjoys stalking children and determining whether or not they have been little shits all year. If a child was well-behaved and listened to their parents, they’d likely awaken to find that Perchta had tucked a  silver coin into their shoe during the night. However, unlike other Yuletide spirits, Frau Perchta isn’t about leaving a lump of coal or even smacking a bratty kid on the bum. Nah, she’s a bit more extra than that, if you couldn’t quite tell. In fact, remember that knife she likes to keep stashed in her dress? Well, if you had been badly behaved, it was said that she would cut your stomach open, scoop out your innards, replace them with trash, and then sew you right back up.

Now you may be thinking, “Kelden, how on earth can you be afraid of Santa but not of Frau Perchta, the Yuletide belly-slitter?” Simple. She doesn’t pretend to be anything other than completely horrifying. Unlike Santa who parades around acting like he’s some jolly old nice guy, when really he’s just as insidious as the rest of the lot. As a child, every winter I was disturbed by those around me who fell for the trickery of that ruddy-faced monster. I always vowed that some day, if and when I have kids, that they wouldn’t be subjected to the sinister ambiguity of Santa Claus. Instead, they would grow up with Frau Perchta who would teach them the value of not only being a respectful child but also being one’s true self. 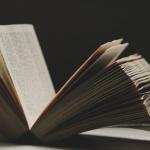 December 28, 2018 The Best and Worst of By Athame and Stang 2018
Recent Comments
0 | Leave a Comment
"I didnt care to finish my conversation but the other half goes like this: I ..."
Brianna LaPoint Introduction
"I was approached by Wesley Chiu of Callisto Media to write a book for them ..."
Madame Pamita Suspicious Witchy Authors: My Final Thoughts
"Thank you to the people who felt compelled to correct my grammatical error. You really ..."
Kyuss Why Men Cannot be Witches
"For me, traditional witchcraft is the kind of witchy work I do and was passed ..."
Estigia Introduction to Traditional Witchcraft pt. 1
Browse Our Archives
get the latest from
By Athame and Stang
Sign up for our newsletter
POPULAR AT PATHEOS Pagan
1

There is Freedom in the Vastness...
John Beckett
Related posts from By Athame and Stang