A witch today is an unlicensed practitioner of the mysteries of witchcraft since there is no longer an unbroken tradition of discipline. (Cochrane and Jones, 2002)

Modern Traditional Witchcraft has emerged in the past decade as a leading paradigm within the occult and NeoPagan community. It is seemingly a rather rustic reconstructionist model which harkens to a lost era of witchcraft, determined perhaps by a fanciful rendition of the past that, while qualifying itself as ‘red in tooth and claw’, nevertheless is much more reserved than its perceived predecessors – or so it is regarded by many who, by maintaining a rigid sense of rightness, form the very impositions that witchcraft is opposed.

This is, perhaps, as good a synopsis of the lay of the land as it might be considered from an outside perspective and certainly there have been those who question the veracity of Modern Traditional Witchcraft. Indeed, the growth of interest in the second decade of the new millennium might be caused by the popularly mistaken eclectic nature of Traditional Witchcraft and the visionary experience of the sabbat, which offers much more accessibility and potential to solitary practitioners than does the Wiccan coven system.

There again, for those that partake the coven structure, Modern Traditional Witchcraft provides a cohesive and initiatory unit much more akin to a sodality, perhaps owing to some fraternal roots. We can see such in the likes of the Clan of Tubal Cain, which operates a familial unit offering allegiance to the Maid who holds the Virtue and duty of Law to the presiding Magister, yet several covens may, in theory, be so beholden as parts of the whole (Oates, 2010)⁠. By contrast, Wicca encourages ascension through grades before ‘hiving off’ to form a separate and independent coven. These distinctions alone do not make for a fundamental disparity, however, and it behoves us to discuss more the essence of Modern Traditional Witchcraft.

The main contention that has arisen most recently, predominantly in some certain small Wiccan quarters which this post hopes to address, concerns the authenticity of Modern Traditional Witchcraft. Moreover, the truthfulness of those such as Robert Cochrane have been called into question and, whilst far from qualified to do so, it is incumbent upon me to proffer some defence of the works of a man I hold in esteem and have dedicated many considerable years to the study thereof.

It is certainly true to say that his name is most commonly echoed within the forums which seek Traditional Witchcraft and that his pioneering ideas and philosophies have shaped the systems that now flourish. However, his writings are few and their depth eludes all but the most careful and committed enquiry. Therefore, dear reader, your attention is required a little longer as we venture forth in discussion of the areas of Modern Traditional Witchcraft that might elucidate and inspire, bringing some small corner of the forum into an understandable format which may yet assuage any suspicions of untruths and story-telling on behalf of our ancestors and realign the thought of modern mind with the simple truths that have permeated the ages of man, through some rocky aeons, riding the wake of monolithic edifice and coming home to a brave new world, one where the extremity of the universe is encapsulated in ever more wonder and the revelations of man provide a fresh clothing with which they may find themselves reinvigorated. This is an exciting time and Modern Traditional Witchcraft provides a mythogeography which can overcome rocky footings with dexterity, survive the storms that besiege and emerge in the new age fit for purpose. Indeed, this movement is not a repurposing but a re-emergence into the light of the millennium, a re-remembering, anamnesis. 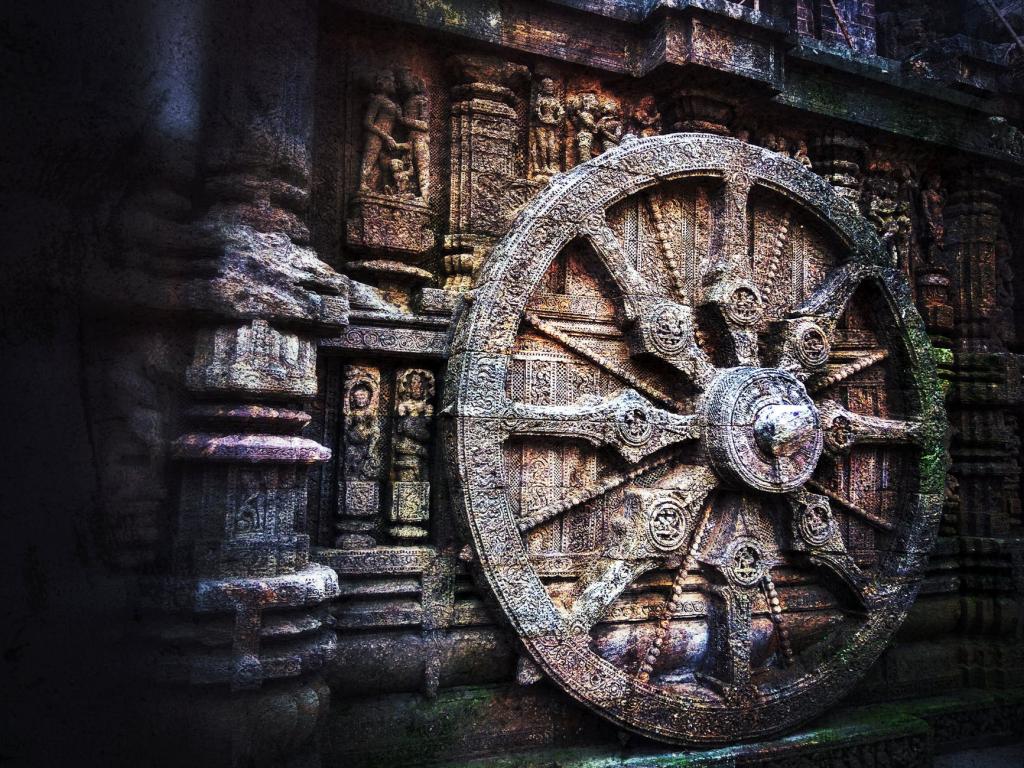 It is perhaps pertinent to pause here and make clear that I am not suggesting that Modern Traditional Witchcraft is a continuance of an ancient religion, belief or practice passed on and preserving the same as so many of the twentieth Century were so content to do so. Indeed, it is more practicable to fully understand where something comes from in order to know its type and purpose and, in so doing, we must arrive at a similar conclusion when faced with the work of Cochrane as did the eminent Professor Ronald Hutton, namely that he either was heir to the map, or else an unqualified genius (Hutton, 2001)⁠. So perhaps this is the best opportunity to begin with definitions:

Modern Traditional Witchcraft provides the bones of a mythos, an emulation of traditional themes of witchcraft, most importantly elevating the symbolism of the Witches Sabbat refined within the context of the psychomythological underworld whereby the participant becomes engaged in experiences taking place outside of subjective history or time. Rather revolutionarily, Cochrane grasps for ways to explain the inexplicable, but acknowledges a that “...in actual fact, reality is the better word for the other planes, they are all force, irrespective of what interprets them and how” Indeed, Cochrane’s occult philosophy proves far more enlightened than his contemporaries and sits perfectly well at home with todays recensions of occult magics.

We cannot conceive of force as just that, our sense of reality will not let us, so we put them into forms and images that appeal to us personally. Nothing is so unreal than the reality that surrounds us. In certain states of hypersuggestion, the human mind can and does create anything that it sees fit as its own personal reality. (Cochrane and Jones, 2002)⁠

Through mythopoetic engagement, of both rite and mind, we find a complete system of occult philosophy and cosmology that, enfleshed, provides a living map that allows the work of magics to occur, and attempts to perceive that ‘reality’ unfold – ever under the truth that force always precedes form. Further immersion reveals layer upon layer of meaning and depth once we have discerned the golden thread and clung fast to its knots, becoming awakened and yet ever more present in the eternal ‘now’, guided by a tutelary deity and bounded by the egregore. Modern Traditional Witchcraft does not pretend to that to which it is popularly mistaken, that which was claimed of Wicca, but pertains to that which is in the inbetween, ‘kairos’, the Castle as Fata Morgana, hidden between the creases of perceived reality. This is not a model which dismisses current modes of thinking, but rather is prepared, belonging not to any time and to all.

It is necessary at this juncture to emphasise the basis of this tradition of witchcraft which maintains a clear focus, while exploring myriad landscapes and pursuing diverse avenues of thought. Indeed, one might consider it important to hold onto something when plundering the ‘otherworld’, that reality to which Cochrane refers and so evades definition and confinement by being restricted in the world of forms. In this, Modern Traditional Witchcraft has a good deal in common with Taoist wisdom that, in its first instance, declares: ‘The Tao that can be named is not the eternal Tao!’. To this principle, I contest, we hold true, aware that it is not the nature adoring paganism to which we claim by right and rite, but the mysteries in their fullest. What this entails still, apparently, eludes the latest batch of popular Wiccan coven leaders in the West, and herein lies a distinction that, when properly presented, might clear some air and confusion, and resultant recalcitrant diatribe against Modern Traditional Witchcraft. Where paganism exists in the foundation of all spiritual traditions, it is the evolution of the nature adoring principle, we nevertheless occupy a far more sophisticated and complex worldview, heirs to the developments of man and his sciences as we seek to explore and explain the universe and human condition.

Paganism is a religious pantheism, a comprehension that Nature is a reflection of the Hands of God, and that God is in Nature complete. Witchcraft, on the other hand, is a science, an occult science with its own distinct traditions and philosophy that in its lower stages can be confused with paganism, but in its higher stages can no more be pagan than the Qabbalah (Cochrane and Jones, 2002)

At its root, witchcraft may have once retained the spirit of paganism, but never did man believe that his rites were necessary in order to insure the rising of the sun from His Underworld domain, nor the fertility of the grain upon which civilisation is formed. Nor do we claim that we are de facto heirs of an imaginary past, acknowledging like right thinking moderns that no such fantasy probably existed in the late medieval period, during which time the habitus dictated an entirely Christian worldview. In spite of this, traditions of magic and the mysteries persisted through time immemorial and the Perennial Wisdom is revealed in accord with time and necessity, clothing itself in the only available raiments of the day and, therefore, accessible through the societal mores, and through the history available to those peoples, most especially utilising poetic inference, mythos and folklore.

All this points towards a common magical tradition based upon a transcendent God, not a God of the Sun or the fields, but a God that represents the transcendent spirit of Man the unknown God in fact. (Cochrane and Jones, 2002)⁠

Modern Traditional Witchcraft, then, accesses the deep mysteries of Man, couched in the traditions of occult philosophy, cultivating the spirit by supping long and deep of the well of wisdom, the mysteries that have, throughout time and culture, been deemed ‘witchcraft’ after a superstitious populace, suspicious of that which is hidden, occult, beyond their simple ken. Against the historic monolithic edifice of the Christian religion, and its formidable buttresses of political and structural support, which has at times kept its faith determined by exacting harsh treatment of the people, witchcraft became the brand of the free thinker, those who dreamed outside of the ruthless reality which had been fashioned in a brutal and unforgiving world. And so to the heretics and witches of yesteryear do we claim right, the apostate and freethinker, the radical iconoclast, tipping the sacred cows and exploring the reality as it is, not as it would be forced upon us. Is Modern Traditional Witchcraft the heir of those who have been so marked? Of course!

And so it’s as clear as mud… 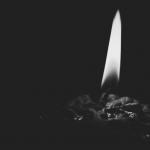 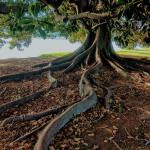 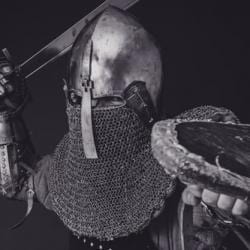 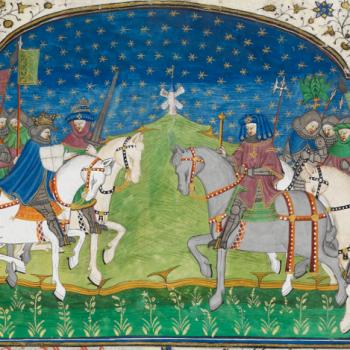 Pagan
Guy of Warwick & St George - An...
By The Pale Moonlight
TRENDING AT PATHEOS Pagan