Who Could You Call “Bishop” Without Your Fingers Crossed?

(Katharine Jefferts Schori, Gathering at God’s Table: The Meaning of Mission in the Feast of Faith,

This book review is a sponsored post that is part of the Roundtable at the Patheos Book Club.

Having been raised in a Baptist milieux, my ecclesiastical instincts reflexively bend in the Free Church direction. And even though my official title these days is “The Rev. Dr. Carl Gregg,” there is still a significant part of me that wrestles with the ways that a professional clergy class subverts the practice of the “priesthood and prophethood of all believers” that is at the heart of the Radical Reformation tradition. Along these lines, I’m on the record as asking (following theologian James McClendon) if churches should abolish the laity to more authentically live into the vision of “every member a minister” — fully enfranchised and fully empowered!

Despite my congregationalist roots, I sometimes joke that if could ever call someone “Archbishop” and mean it — without having my fingers crossed behind my back — one prime candidate would be the current Archbishop of Canterbury Rowan Williams, whose official honorific is “The Most Revd and Rt Hon Dr Rowan Williams.” Like the rest of us, he’s not perfect, but I deeply respect his blend of world-class academic acumen and committed practical spirituality.

This book review gives me a chance to say that I feel similarly about The Most Rev. Dr. Katharine Jefferts Schori, the current Presiding Bishop of the Episcopal Church and the first woman elected as a primate of the Anglican Communion. What I appreciate most about Schori is not only her gifts as a first-rate theologian and church administrator, but also that she has an earned Ph.D. in oceanography from Oregon State University. Accordingly she embodies a major need for communities of faith in the 21st century: leaders who are deeply committed both to science and religion.

Schori’s most recent book is about “mission,” the question of the church’s role in the world. As a framework for the five parts of her book, she uses the Anglican Communion’s “Five Marks of Mission“:

Each of the five main sections are divided into short chapters that are easily digestible as short, devotional reading. Each of these short sections also concludes with a one or more questions for reflection under the title, “Making Your Mark.”

My inclination to respond positively to Schori’s reinterpretation of these missional “marks” for Christianity’s third millennium was enhanced when I saw that part of the dedication of her book references the vitally important “Millennium Development Goals” from the United Nations (for more see pages 111-115 of Schori’s book). This nod to social justice helped reassure me that Schori’s approach to missions was less the “convert the heathen” model of what could be called “Great Commission Christianity” (emphasizing Matthew 28:19-20) and more “Great Commandment Christianity,” emphasizing Jesus’ teaching that the Greatest Commandments are to love God and to love neighbor (xiv-xv).

Perhaps it is important to say as well that in the New Testament, the original Greek word for “bishop”
is episcopousis, which in the first-century was simply a secular term for “overseer.” There is no connotation in the mid-first century of all the hierarchal and ecclesial baggage that will be woven into these terms over time. And although I cannot currently imagine myself in a religious tradition that has ecclesial offices such as bishop and archbishop — much less cardinal or pope — I do celebrate the ways in which bishops and archbishops like Schori and Williams model some of the original intention for those offices. Furthermore, I am grateful that in this book Schori is using her authority as “overseer” to encourage her flock toward more compassion and more social justice.

The Rev. Dr. Carl Gregg is a trained spiritual director, a D.Min. graduate of San Francisco Theological Seminary, and the pastor of Broadview Church in Chesapeake Beach, Maryland. Follow him on Facebook (facebook.com/carlgregg) and Twitter (@carlgregg).

May 18, 2012
“Your Daughters Shall Prophecy”: Fulfilling the Promise of Pentecost, Abolishing the Laity, and Ordaining Women
Next Post

May 21, 2012 Slavery, Same-Sex Marriage, and How to Read the Bible
Recent Comments
0 | Leave a Comment
"Almost a decade later, I discovered recently through a Franciscan sister that is was actually ..."
Heidi Haverkamp Four Spiritual Practices for Preaching on ..."
"Never forget.https://i.imgur.com/frTQb.gif"
Otto T. Goat Remembering the Sacrilege of Kent State ..."
"Evidence from ScriptureAuthentic TextMany powerful men over the centuries have tried to discredit or destroy ..."
jeff allen Unitarian Universalism in 30 Seconds: Developing ..."
"The Old Testament has been more accurately transmitted to us than any other ancient writing ..."
jeff allen Unitarian Universalism in 30 Seconds: Developing ..."
Browse Our Archives
Follow Us! 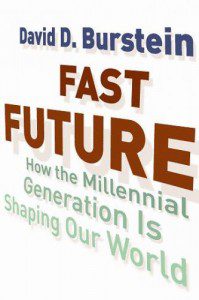