Building Your Own Theology

My last post on “Unitarian Universalism in 30 Seconds: Developing Your UU Elevator Speech” ended with the lyrics of the hymn, “As Tranquil Streams.” The text of this hymn was written in 1933 to celebrate “the growing closeness of the Unitarian and Universalist denominations for approximately a century.” A few decades later in 1960 later that song was chosen as the processional hymn at the worship service held in the wake of the Unitarians and the Universalists each voting separately to consolidate into Unitarian Universalist Association. They sang this hymn over and over until all the delegates from both former groups were together in one room for as a new united body.

The first stanza is “As tranquil streams that meet and merge and flow as one to seek the sea, / Our kindred hearts and minds unite to build a church that shall be free.” I must confess, however, that as powerful and meaningful as all four stanzas of that hymn can be, even the most cursory historical survey shows that the metaphor of “tranquil streams” is not the most accurate description of the UU movement. Neither the Unitarians nor the Universalists were particularly known for their tranquility. Indeed, both the Unitarians and the Universalists were named for their willingness to take controversial stands such as affirming the unity of God and the humanity of Jesus (on the Unitarian side) and the rejection of hell and affirming of a universal love for all people (on the Universalist side).

But perhaps I should add “not that there’s anything wrong with that!” There’s nothing wrong with strong opinions if they are grounded in good reasoning and authentic experience. Bringing strong, diverse opinions together in the same community is hard work, but it’s also the good, vital work that is the only way of having any chance of creating what Martin Luther King, Jr. called the Beloved Community. At the same time, as my wife Magin has written about recently, I have learned that I don’t always have the time and energy to dialogue with every person on that person’s terms. There are times when alleged dialogue starts to feel like banging your head against a brick wall: the process doesn’t seem to affect the wall, but my head starts to hurt.

There are also, however, many times when dialogue with another person has changed me significantly:

I could go on about how my mind and heart have changed about theology, philosophy, ethics, politics, and other areas, but I suspect you get the idea. The point is that personal, firsthand experience challenges us to build and rebuilding our theology.

And emphasizing experience as the catalyst for change is critical. The “Liberal Turn” in religion can be seen precisely as the move from authority vested in hierarchy, community, and tradition to authority derived from human reason and individual experience. And I mean “Liberal Turn” in the classical sense of Liberalism (from the Latin root, liber, meaning “free”). Historically, you can see this Liberal Turn in theology begin in the 18th-century with the Enlightenment emphasis of bringing human reason to bear on religious tradition. And to consider one major figure, Friedrich Schleiermacher is known as the “father of Liberal Theology” for his emphasis on personal feelings and firsthand experience in constructing theology as well as his insistence that theology must make sense not only to those within a faith community, but also to the general public. I bring this history up because it’s important to note that we should not allow Liberal Theology to be dismissed as a “newfangled” idea; indeed, it’s more than two centuries old. After all, Schleiermacher’s landmark book On Religion: Speeches to Its Cultured Despisers was published in 1799, and could easily have been written to today’s “New Atheists.”

In contrast to this Liberal Turn in theology of emphasizing firsthand experience, in traditional theology, you wouldn’t be asked to “Build Your Own Theology” in the same way. You would be required to believe certain aspects of theology that religious authorities, the larger religious community, and historical tradition, had built for you. To use Christianity as an example, traditional inherited theologies typically move through seven categories concerning what you should believe about: (1) God, (2) Jesus, (3) the Spirit, (4) Humanity, (5) Sin and Salvation, (6) the Church, and (7) the Future. In contrast, I’m not sure if I can emphasize too strongly how significant it is that Unitarian Universalism is a liberal religious tradition that seeks to equip you to build your own theology. The best UU theologies are often, of course, in conversation with theologies of the past, but they are not necessarily constrained by them. 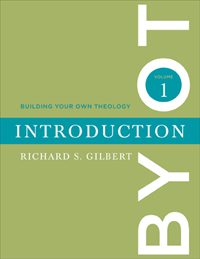 And to use the classic UU Building Your Own Theology curriculum as an example, the starting point is not studying traditional theologies from the past (that comes at the midpoint). The starting point is autobiography: owning more fully how your life story and your firsthand experience affects, shapes, and informs how you construct theology. And perhaps I should also clarify that Building Your Own Theology — at least as far as Unitarian Universalism is concerned — does not require theism, a belief in God. In contrast, there is much potential benefit for both theists and atheists, Buddhists and Pagans, Christians and Jews in doing the hard work of articulating what you do (and don’t) believe about God (or reality), human nature, religious community, ethics, and the future of our species and the universe — and doing all of that in conversation with your religious community.

And if the above references are too general, here’s a one specific example. Some Unitarian Universalist congregations recite (either weekly or occasionally) some version of the following words, which are adapted from historic covenants written respectively by a Unitarian minister named James Blake in 1894 and a Universalist minister named Griswold Williams in 1933. As you read this covenant, I invite you to consider which of the following words or phrases are meaningful to you and which you would want to contend with. Would it be controversial (or not) if the following words were a unison reading in the main worship service of your religious community? What is missing? What would you want to add or change?

Love is the spirit of this fellowship,

The quest for truth is our sacrament,

And service is our prayer.

To dwell together in peace,

To seek knowledge in freedom,

To help one another,

To the end that all souls shall grow into harmony with the Spirit of Life.

Thus do we covenant.

I would be interested to hear back from you in the comments section if parts of this historic Unitarian and Universalist covenant remain potentially meaningful to you in our contemporary context.

In the spirit of full disclosure, I should also tell you a little about my own theology. Part of what draws me to Unitarian Universalism is the freedom to drawn from all Six Sources of UUism, depending on what best fits the situation:

Now, if your background is more focused on a single religious tradition, it may seem like I’m theologically promiscuous! And perhaps there is some truth in that statement. There is at least a sense in which I am a theological mutt. And I borrow this notion of theological promiscuity from Paul Knitter, who has written a moving book about his own journey titled Without Buddha I Could Not Be A Christian, which reflects on his perspective as someone who was baptized as a Christian in 1939, but who — while never ceasing to consider himself a Christian — also took refuge as a Buddhist in 2008. Like Knitter, I would say that I’m not a religious “purebred.” I’m a both/and, not an either/or. And as Knitter writes, the good news is that when we look to nature, “Hybrids are stronger, live longer, and [arguably] have more fun than purebreds.” I will also be exploring how to be theologically promiscuous with integrity in an upcoming post in about two weeks on interspirituality.

For now, to expand our focus from the individual to the congregational level, some sociologists of religion has noted an important shift from a paradigm of Believe-Behave-Belong in which newcomers to a religious community first had to believe the right doctrines, then behave correctly, and finally were allowed to belong. The new postmodern paradigm is Belong-Behave-Believe, the exact opposite. Today, most newcomers first want to feel like they belong, then they are open to reflect on ethics (how they behave), then they may find over time that their beliefs are shifting through being in community.

This cultural shift of belief from first to last seems highly significant for Unitarian Universalism, which emphasizes deeds not creeds and unity not uniformity. Accordingly, I would like to briefly some statistics from a survey released in mid-July from the Public Religion Research Institute and The Brookings Institution, which support a potential bright future for progressive, open-minded religions such as Unitarian Universalism, which emphasize the importance of all individuals doing the hard work of building your own theology:

I encourage you to read the full survey if you have time. But those statistics sound like there is a bright future in building your own theology!

1 “the growing closeness” — Between the Lines: Sources for Singing the Living Tradition, 40

2 “‘tranquil streams’ is not the most accurate description” — Engaging Our Theological Diversity, The Commission on Appraisal of the Unitarian Universalist Association, 18-19, available at http://www.uua.org/documents/coa/engagingourtheodiversity.pdf.

4 Magin LaSov Gregg, “How a Fight Brought Us Closer Together,” available at http://www.interfaithfamily.com/relationships/marriage_and_relationships/How_a_Fight_Brought_Us_Closer_Together.shtml.

5 “400 billion galaxies” — Lawrence M. Krauss, A Universe from Nothing: Why There Is Something Rather than Nothing?, 3. See also, Carl Gregg, “Why Is There Something Instead of Nothing?” available at http://www.patheos.com/blogs/carlgregg/2013/03/why-is-there-something-instead-of-nothing/.

7 On adapting the historic Blake and Williams covenants, see Engaging Our Theological Diversity, 102-104.

10 “Do Americans Believe Capitalism & Government Are Working? Religious Left, Religious Right & the Future of the Economic Debate,” available at http://publicreligion.org/site/wp-content/uploads/2013/07/2013-Economic-Values-Report-Final-.pdf.

September 26, 2013 Water Communion and David Foster Wallace's “This Is Water”
Recent Comments
0 | Leave a Comment
Browse Our Archives
get the latest updates from
Carl Gregg
and the Patheos
Best of Patheos
Channel
POPULAR AT PATHEOS More Voices
1