What Do Animals Think & Feel? 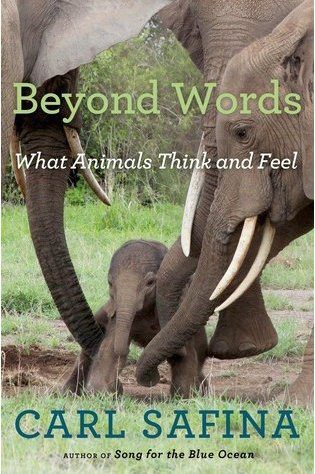 2,500 years ago, a Greek philosopher named Protagoras (c. 490 – c. 420 BCE) declared that “Man is the measure of all things” (Safina 20). On one hand, it is understandable that we humans have often declared that—surprise!—we are the best universal standard. On the other hand, a human-centric worldview was easier to defend intellectually two-and-a-half millennia ago: before Copernicus showed us that we humans are not at the center of the universe, but merely on the third rock from the sun; before Darwin showed us that we humans are not a little lower than the angels, but merely a little higher than the apes.

As this debate about the central importance of humanity continued, in the 1600s a French philosopher named René Descartes (1596-1650) said, “The reason animals do not speak as we do is not that they lack the organs but that they have no thoughts.” From a dissenting point of view, a few decades later, Descartes’ fellow Frenchman Voltaire spoke as derisively about Descartes’ views as Descartes had spoken about animals:

What a pitiful, what a sorry thing to have said that animals are machines bereft of understanding and feelings. Is it because I speak to you, that you judge that I have feeling, memory, ideas? Well, I do not speak to you; you see me going home looking disconsolate, seeking a paper anxiously, opening the desk where I remember having shut it, finding it, reading it joyfully. You judge that I have experienced the feeling of distress and that of pleasure, that I have memory and understanding. Bring the same judgment to bear on this dog which has lost its master, which has sought him on every road with sorrowful cries, which enters the house agitated, uneasy, which goes up the stairs, from room to room, which at last finds in his study the master it loves, and which shows him its joy by its cries of delight, by its leaps, by its caresses. (Safina 79-80)

If  you have lived in close proximity to animals, I suspect you could tell similar stories of having some sense of what animals think and feel. My dogs, for example, have different barks for when they want to be fed or let outside compared to when they are trying to scare away a fearsome postal worker. Similarly, I’m pretty sure my cat is trying to tell me he is losing his patience when I wait too late to feed him, he looks me dead in the eyes, and—bam!—deliberately sticks his paw out to knock over the gate that keeps the dogs out of the cat’s room.

It seems obvious to me that animals think and feel, but there have been serious debates over the past millennia about precisely that issue. So  I would like to invite us to explore some of what scientists has been learning about what we can and can’t know about animal thinking and feeling. If you are interested in learning more, my exploration of this topic was inspired by the excellent book Beyond Words: What Animals Think and Feel by the ecologist Carl Safina, who is a professor at Stony Brook University.

As we proceed, a crucial point to keep in mind is the challenge we have been facing since 1859, when Darwin’s published On the Origin of Species by Means of Natural Selection: we humans are animals too. We are part of the Animal Kingdom. And as Darwin wrote later in his 1871 book The Descent of Man, “Everyone has heard of the dog suffering under vivisection, who licked the hand of the operator. This man, unless the operation was fully justified by an increase of our knowledge, or unless he had a heart of stone, must have felt remorse to the last hour of his life.” Darwin later added: “Animals, whom we have made our slaves, we do not like to consider our equal” (Safina 80).

Now, I will readily allow that I do not think Darwin was saying that all animals are equal in their capacity to think and feel, but he was challenging us to consider that the differences between us and our fellow animals is rather more one of degree than of kind. There is a spectrum of thinking and feeling—and we are on it along with our fellow animal species.

If you will allow me to stay with Darwin for just one more moment, the extent to which that spectrum is the case may become more obvious if we stretch our perspective beyond animals to include plants. Less than two years before Darwin’s death in 1882, he published a book on The Power of Movement in Plants in which he concluded that, “It is hardly an exaggeration to say that the tip of the radical [root]…acts like the brain of one of the lower animals…receiving impression from the sense organs and directing the several movements” (Safina 24). So it is not surprising that all of life is on a spectrum of thinking and feeling because all of life can be traced back to a common ancestor on the evolutionary “tree of life.”

We are part of a 13.8 billion year old “Universe Story.” This planet on which we find ourselves formed around 4.5 billion years ago. And life originated here on Earth approximately 3.8 billion years ago. But even when life began, there was still an extremely long time when that life was merely “single-celled organisms in the sea.” The first members of the Animal Kingdom emerged from the evolutionary tree of life “perhaps a billion years ago, but probably some time after that” (Godfrey-Smith 15). “For any pair of animals alive now (you and a bird, you and a fish, a bird and a fish), we can trace two lines of descent down the tree until they meet in a  common ancestor, an ancestor of both…. In the case of humans and chimps, we reach a common ancestor very quickly, living about six million years ago. For very different pairs of animals—humans and beetles, say—we have to trace the lines further down” (Godfrey-Smith 7). Moreover, we now know today that at the DNA level, there is only a 1.23% difference between homo sapiens (human beings) and pan troglodyte (chimpanzees).

I will continue this theme tomorrow in a post on “Octopuses & Other Minds: The Deep Origins of Consciousness.”

August 18, 2017 Octopuses & Other Minds: “The Deep Origins of Consciousness”
Recent Comments
0 | Leave a Comment
Browse Our Archives
Follow Us!