Is Your Religion “Grown up?” 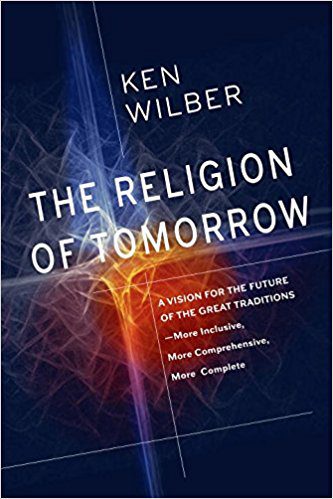 My post yesterday was on “waking up” into different states of consciousness. My focus today is on the second of Ken Wilber’s four touchstones: “growing up” by progressing through stages of development (56)  One related dictum about the importance of different stages of development is that, “We do not see the world simply as it is; rather, we see the world as we are.”

In other words, as we “grow up,” both individuals and societies have the potential to pass through various stages of development. To oversimplify for the sake of time, here’s a brief overview:

I know that the above list is only a cursory summary. The point is not to memorize the details. Instead, the larger point is that instead of merely getting older each year, we have the opportunity to increasingly experience the world in a fuller, wiser, more integrated way.

Even more importantly, here’s one of the real twists of Wilber’s Integral Theory: we can now begin to explore how “Growing up” and “Waking up” interrelate. Remember that dictum I quoted earlier that, “We do not see the world simply as it is; rather, we see the world as we are.” Along those lines, Wilber invites us to consider that human beings in various different religious traditions have been having authentic experiences of “Waking up” for thousands of years (83). The nondual experience of “Awakening” remains the same, then and now. In Wilber’s words, “A sage who, two thousands years ago, directly realized Emptiness would discover and ‘possess’ the same, identical Freedom as a sage who experience Emptiness today, even though the world has evolved considerably in the meantime.” Waking up is the same, but that’s about states, not the stages of “growing up.”

So what difference does it make that we now have access to new stages (Modernity, Postmodernity, Integral) that were not available even a few hundred years ago, much less a few thousand years ago. For Wilber, what’s new is the potential to become “more and more conscious, more complex, more caring, more loving, more creative, more self-organized, containing higher and high Wholes” than has been possible ever before in known history (33). The Wilber-Combs Lattice is a visualization of how states (“Waking up”) relate to stages (“Growing up.”)

One of the “Aha!” moments that I had when I first started studying Integral Theory was that it helped me understand how someone could be an authentic spiritual teacher (with a real experience of “Waking Up”), yet still be sexist, homophobic, or abusive. (For only the most recent example, see allegations of abuse by a renowned Tibetan Buddhist teacher.) The reason is that one can be “Awake” spiritually while being less “Grown up” developmentally—as was the case with all spiritual awakening prior to the Scientific Revolution only a few centuries ago. Conversely, one can be “Grown up” developmentally—that is, a citizen of the modern, globalized world—without ever having had a spiritual experience of awakening (508-509). Similarly, a failure to do shadow work (what Wilber calls “cleaning up”) can cause pathologies at any stage or state. An Integral perspective (“Showing up”) of course challenges us to evolve on all lines and levels: Waking up, Growing up, and Cleaning up!

To give another example of how these dynamics can play out, imagine that a person in an almost exclusively Christian setting has a powerful “dream of a radiantly-luminous being of light and love.” A natural response would be to interpret this dream as about Jesus Christ:

Regarding the above stages, recall as well from yesterday’s post that “the subject of one stage becomes the object…of the next stage.” Thus, from the “second-person” perspective, one can now better see the “I” (oneself) as other people might see you. And from a third-person, scientific perspective (“it”), both the “I” and the “you” can be studied more objectively than was previously thought possible. And from the integral (“we”) stage, there is the possibility of transcending duality and experiencing nondual unity.

To further tie all this together, the following is a quote from Wilber about how these dynamics play out over time:

During the Renaissance, as…the sciences, medicine, law, art, education, and politics began their moves into modern Rational, then postmodern Pluralistic, then unifying Integral Theory, religion remained frozen at Mythic-literal level—ethnocentric, racist, sexist, patriarchal, homophobic, authoritarian, absolutist, dogmatic, unquestionable. [Note: Given the state of the world, Wilber may actually be speaking a little too hastily about politics. But my focus is on religion.] The Western world, in effect, ceased its spiritual growth. Spiritual intelligence (that is, of stages), the way we spiritually grow up, was frozen at Mythic, or that of today’s typical seven-year-old. Higher spiritual states, the way we wake up, were banned in general. This is, in essence, the anemic state of Western spirituality today, a double catastrophe (i.e., low stages, no states). (528-529)

This dynamic of religious institutions failing to help people wake up, grow up, clean up, and show up is part of what has contributed to burgeoning numbers of people identifying as “Spiritual, But Not Religious.” Many people want authentic first-hand spiritual experiences of “waking up”—while also being able to be a “grown up” who doesn’t have to “check their brain at the door” and stop believing in science when they enter a religious community. My hope is increasing numbers of progressive religious movements will seek to be both spiritual and religious–and to support individuals and groups seeking to wake up, grow up, clean up, and show up.

So much is possible within progressive movements that give us the freedom to explore the possibilities of encouraging spiritual growth, building beloved community, and acting for peace and justice in the globalized, pluralistic, postmodern world in which we find ourselves—without having to repress or deny any part of ourselves. None of us knows with any certainty what a “Religion of Tomorrow” might hold, but I am grateful to be with so many of you on this journey of seeking to co-create a more hopeful future not merely for some, but for all.

August 17, 2017 What Do Animals Think & Feel?
Recent Comments
0 | Leave a Comment
Browse Our Archives
get the latest from
Carl Gregg
Sign up for our newsletter
POPULAR AT PATHEOS More Voices
1