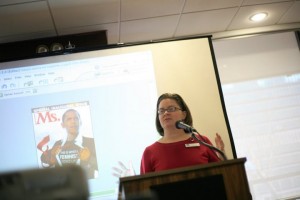 A few of Caryn’s recent articles and essays:

“Vocational Discernment: A Pedagogy of Humanization,” in At This Time and In This Place: Vocation and Higher Education, ed. David S. Cunningham.  (Oxford University Press, 2015).

“Growing Up With Roe.”  RhRealityCheck.org

“The War on Women Theologians.”  Patheos.com

“When the Private is Political.”  Sightings, The Martin Marty Center at The University of Chicago

“Here I Stand, Without the Goddess.”  Feministing.com

Caryn has also been a contributor at TheReligiousLeft.org.