Rein in the Dogs of War 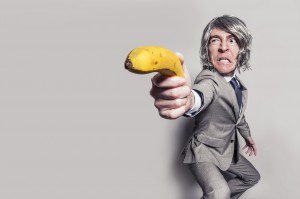 Over the past week, I’ve seen two really unfortunate trends. One is the more or less constant belly-aching of traditional Christians about the persecutions that are surely just around the corner now that gay marriage is legal. The other is people being deeply hurt and scandalized by the belly-aching.

So I’m just going to say it: Same-Sex Marriage is not the end of the world. It’s not even one of the horsemen of the Apocalypse. I’ve been living in a country where it’s been legal for about a decade, and so far no one has been dragged off and fed to the lions for their faith. Nor, for that matter, have any Catholic Priests been forced to perform gay marriages. The worst things that have happened are things like Catholic schools being forced to allow gay-straight alliances, to let gay kids take their same-sex partners to prom, and to accommodate the needs of transgender students. This is not 7 trumpets blowing, 7 scrolls unfurling, moon turning to blood type stuff.

I’m going to go a little further, though, and ask conservative readers to consider the possibility – not the certainty, but the possibility – that the war against same-sex marriage might be unjust. It’s a political battle, and the Church’s record in terms of political battles is not that great. Yes, it is a political battle that touches on matters of faith and morals, but so was the 30 Years War. So were the Crusades. So were the persecutions of the Cathars. History teaches us very clearly that the Church’s infallibility does not extend to the political realm, even when there seems to be overlap with the areas of Her competency.

The Crusaders who rode out to Constantinople in the 1090s were told that they would receive indulgences for fighting against the infidel in the name of the Holy Church. They were being honestly obedient to their spiritual fathers. I’m sure that God does not fault them for their obedience. However, we are able to see pretty clearly what many of the peasants living then could not: that the real reason for the Crusades had to do with power-relationships between the Papacy and the Byzantine Empire. It wasn’t really about defending the faith and protecting the Holy Sepulchre. Indeed, faith was used as rallying cry for actions that the Church would later have to repent.

Similarly, when the Reformation broke out Catholic authorities used their spiritual power to justify violent actions and persecutions against Protestants. People really were told that the salvation of their souls depended on their loyalty to the political and economic interests of the Church. Most famously, Fabio Chigi (who would later be Pope Alexander the VII) tried to use his influence with Ferdinand III of Austria to prevent the concessions that ultimately allowed the successful conclusion of the Peace of Westphalia. The claim, again, was the Papacy was acting to try to secure the faith and prevent the spread of heresy. In fact, the loss of Church lands to Protestant bishops, and the loss of political control over large portions of Europe was a huge blow to the secular power of the Church. Because of this the Church was willing to produce formal objections to a treaty that brought 30 years of intense suffering and misery to an end. 350 years later, the Church teaches the kind of religious freedom that she opposed in the 17th century is, in fact, a basic right of all people.

The examples here could be multiplied, and most Catholics are probably at least marginally familiar with many of them. The point, however, is that in all of these cases faithful Catholics took actions that they believed to be objectively good – even necessary for the salvation of their souls and of the world – but which in fact were wrong. Many people living at the time certainly saw the loss of these political battles as major spiritual disasters, but in fact it’s a lot more true to say that the Church’s responses to these political situations were major pastoral disasters.

I’m not saying that the Church’s response to gay rights is necessarily the same kind of thing. I don’t presume to know what kind of judgment history will level, or how the Church will be responding to these issues centuries down the road. What I am saying is that if we’re wrong, being trenchant will make the situation worse. It might even bring about the kind of persecution that we fear.

So what if, instead, we learn from our history? What if we have the humility to admit that we are the fallible agents of a Church which is terribly fallible when it comes to politics. What if we lay down our swords, stop panicking, and trust that all things – even last week’s SCOTUS decision – will work good for those who love God? 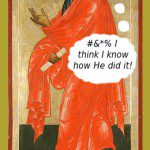 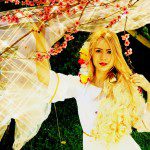 July 4, 2015 Rate Your NFP Privilege Quiz
Recent Comments
0 | Leave a Comment
"You guys are calling Gnostic views nonsense, while not even naming one of these possible ..."
Justafoolagain Make Women Slaves Again
"Dumbest response ever, baby!!"
Raging Bee A Biblical Account of Toxic Femininity
"You've been waiting for me to reply to you? That's both flattering and creepy/sad. You ..."
Raging Bee A Biblical Account of Toxic Femininity
"Hear hear! Finally stating it as it is!! Syncretic nonsense needs to be called out!!"
dudester4 Make Women Slaves Again
Browse Our Archives
get the latest from
Catholic
Sign up for our newsletter
POPULAR AT PATHEOS Catholic
1

Toxic Masculinity: What It Is, and...
suspended in her jar
Books by This Author Books by Melinda Selmys