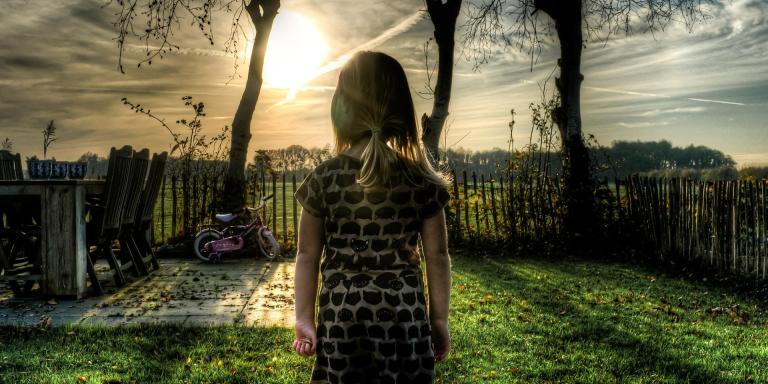 First Things has recently published an interesting article on the protest against Germaine Greer for asserting the reality of female biology, and it’s reminded me that this is something that I’ve been meaning to write about for quite some time.

It’s a major frustration that I face as a queer Catholic feminist: I’m caught in the cross-fire of two separate discourses, both of which want to erase the sex/gender distinction for the sake of ideology.

The first is the sexual essentialist discourse in conservative Catholic and Christian circles. Here, there’s a desire to completely erase gender from the conversation. Proponents will tend to say that gender is a new-fangled concept that has no place within Catholic anthropology, and that it’s an idea which has been developed by pernicious left-wing thinkers who are determined to undermine society and the family by denying the truth about human sexuality. A truth which, within this model, is entirely reduceable to sexual difference, maleness and femaleness.

The second is a transgenderist discourse that seeks to erase sexual biology from the conversation. Proponents of this ideology say that sex is a social construct imposed on bodies (assigned at birth) and that it comes out of a cisnormative discourse which tries to conform all bodies to a conventional male-female binary. The thinking here is that any acknowledgement or discussion of sexual difference must automatically negate and disinclude the experience of trans people – indeed, that the mere mention of biological maleness or femaleness is inherently transphobic. According to this model, maleness and femaleness are completely reduceable to socially constructed gender.

Now, to any reasonably objective observer it’s obvious that both of these positions are indefensible. Obviously there is a reality to sexual biology. Human beings reproduce sexually. We have sexual organs. These basically come in two flavours, which we call “male” and “female,” and they perform objectively different functions. The vast majority of actual human bodies can in fact be easily and uncontroversially defined as belonging to one sex or the other: that’s not a cisnormative claim, it’s just how it is. Moreover, sexual biology has an effect on all kinds of other systems within the body, from the endocrine system to our DNA to our skeletal structure to our neurology.

Equally obviously, there is a reality to socially constructed gender. We know that boys and girls are socialized differently from a very early age – to the point where, in some studies, neonatal caregivers became confused and did not know how to interact with a baby if information about its sex was withheld. There are innumerable cases where culture-bound ideas about male and female gender roles have been mistaken for innate, immutable characteristics – from the belief that women’s feeble minds couldn’t handle the strain of attending University, to the belief that it is dangerous for a woman to play the digeridoo, to the belief that being a “real man” involves beer and football. The fact that these beliefs are cultural artefacts is reasonably easy to demonstrate – even the most ardent essentialist must admit the simple historical truth that there were, in fact, men before there was a Superbowl.

The fact that both sex and gender really do exist, and that they are not actually identical categories, is sufficiently obvious that it can be denied only be a deliberate act of ideologically motivated blindness. And this is where I become concerned. Because increasingly, I see people on both sides of the ideological divide trying to alter and redefine the terms of the discussion in order to eliminate ideas that they don’t agree with.

In both cases, scare tactics and bullying are employed – usually with a thin veneer of rational argument smeared across the face of the discussion in order to maintain some semblance of credibility. But if you push against the rational veneer, if you make a counter-argument or point out the flaws in the reasoning, it’s pretty quickly unmasked. If you’re dealing a right-wing gender-denialist, you’ll quickly get accused of heresy, or feminism, or homosexualism, or some other bugaboo that is associated – in the mind of your interlocutor – with a terrible campaign of diabolical origins. If you’re dealing with a trans activist, you’ll get accused of being transphobic, bigoted, hateful – of being a TERF, of oppressing trans people with your cis privilege, and of causing trans suicides.

Both sides adopt the same basic tactics: name-calling, harassment, fear-mongering, dismissive snark, and, ideally, no-platforming (as is the case in the Greer debacle.) Genuine rational discussion is not a possibility, and any attempt to seek balance or explore the complexities of the issue will be perceived as an attack, and taken as evidence that you are a member of the enemy camp.

This is ideology at work, and it’s dangerous. It’s not just dangerous because it insists on eclipsing truth in the name of political correctness – it’s dangerous because it shuts out and silences people whose experience does not conform with the dominant or preferred narrative. Hard sexual essentialism demonizes trans folks, queers, feminists, intersex people, and anyone else who defies traditional prejudices about sex and gender. Extreme trans ideology, on the other hand, seeks to silence traditional feminists, detransitioned people (especially detransitioned women), midwives, and anyone else whose experience can only be spoken in a world where the biological realities of sex are acknowledged.

The truth is, the study of sex and gender – and of the interrelationship between these two realities – is currently in a state of transition. There’s tremendous growth and development taking place, new data is being introduced on an almost daily basis, and the conversation is being had on a level that we’ve never seen before. Yes, this causes confusion – but it’s the natural, good confusion of human beings investigating an important part of the human experience. We need to let that conversation happen, we need to explore different possible answers and avenues of discovery, we need to be open, to listen, to learn, to share. And that means that we have to be able to accept that multiple different, competing narratives are going to emerge, and that we’re going to have to be mature enough to consider points of view that are not our own.

What ideological correctness does, is try to shut this discussion down. It tries to enforce a single, monolithic narrative using tools which are fundamentally opposed to the pursuit of truth. It draws premature conclusions, and then treats those conclusions as absolute dogmas to be savagely imposed on all without toleration for divergent views. It tries to not only silence and demonize anyone who disagrees, but even to rob them of the very language that would allow them to articulate their concerns. 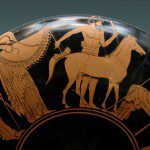 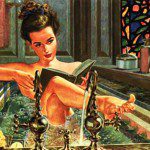 October 28, 2015 Rage Against the Biblical Gender Machine
Recent Comments
0 | Leave a Comment
Browse Our Archives
get the latest from
Catholic
Sign up for our newsletter
POPULAR AT PATHEOS Catholic
1

Pope Francis Did NOT Say EWTN...
Biblical Evidence for Catholicism
Books by This Author Books by Melinda Selmys