Giving Up Home for Lent 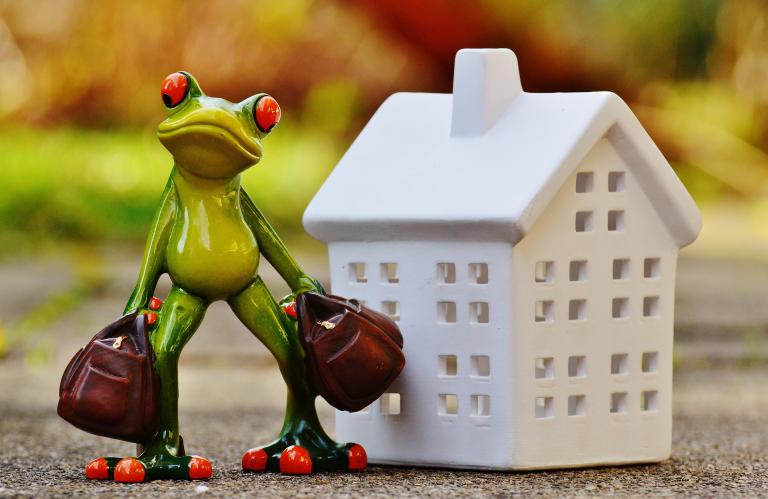 I’ve never done this specifically for Lent, but when I first converted to Catholicism I read the passage where Jesus told the disciples to sell everything they had and give it to the poor and then hit the road to preach the gospel and I figured that if I was going to take this Christianity thing seriously I should probably start with that.

So the man who would later become my husband and I moved into a tent and started hitch-hiking around Ontario meeting people and sharing the good news. We were hideously naive, of course, and had received practically no catechesis, but we were very sincere.

As we traveled, we met a lot of people who were genuinely homeless and whenever we did we would sit down, talk, share food if we had any, and give them money (until the money ran out). Eventually, when winter started to loom, we realized that we were going to need a place to stay. The local town didn’t have a homeless shelter, but it did have a group of people who were trying to open one. A house had been donated. A board of directors had been established. An infinite supply of canned beans and Kraft Dinner had been acquired. What they didn’t have was money for staff, or enough volunteers to actually get the place up and running, so basically the house was going to sit empty all winter while the local homeless froze or moved to Toronto.

We volunteered to live in the basement and man all of the shifts that they couldn’t get volunteers for, and we lived there for the first six months of the shelter’s operation.

Being without a home is a pretty intense experience, and hugely perspective changing. I grew up in a middle class family. We weren’t conspicuously wealthy, but I had never had the experience of having to go without anything. I had no idea what it was like to be hungry, or to be cold in a way that you couldn’t easily resolve. I also had very little real understanding of what things looked like if you were poor and didn’t have a huge amount of intellectual privilege.

Living with homeless people as a homeless person was game changing. It meant that when I sat down with someone it wasn’t just a matter of exchanging some brief conversation in order to affirm their dignity before giving them money. I had nowhere else to go, nothing else to do, and I also had smelly clothes and got ugly looks if I stayed too long in the coffee shop. So we actually talked to people as people and learned about their experience of the world. We found out why so many homeless men don’t just go to the shelters, and why they don’t get a job.

I also learned a tremendous amount about divine providence. The thing is, when you don’t have all of the basic stuff that you’re used to, you have to rely on God in a much more radical way. You learn trust. You learn that there are a lot of very good people out there who will give anything from a free range organic ethically raised rutabaga to a gold opal necklace. You learn that in the scheme of the divine economy nothing goes to waste. I remember, for example, walking down the road not being sure where we were going to get something to eat and then for about half a kilometre there were CDs scattered on the side of the highway. It looked like someone had decided to throw their entire music collection (or perhaps their ex-boyfriend’s music collection) out of the window as they drove along. We gathered them up, pawned them, and bought lunch.

You learn as well that little acts of neglect can inflict a lot of suffering on the poor. One person walking by and pretending that they don’t see you is a small thing. When it happens a hundred times, though, it creates a sense of invisibility, isolation, worthlessness. If you’re out on the highway in the rain with your thumb up, every car that drives past communicates personal rejection. Everywhere there are people who have the most insane privileges and who take it for granted that they deserve the good things that they have. The story of Lazarus and the rich man (cf. Luke 16:19-31) is really brought into sharp relief when you actually see how the rich treat the poor.

And yet, many of the poorest and the most downtrodden people out there are holy. Some are drug addicts, sure. Some are alcoholics. Being on the street, having nothing, no place to go, and no hope that things are going to get better is really hard. People self-medicate. The cynical well-to-do person imagines that when the homeless man’s sign reads “God bless” that it’s just a way of garnering sympathy or appealing to Christian sentiments. Sometimes it is, but most of the time it isn’t. The homeless, the poor, were always very dear to Christ and a lot of them have a deep faith. Some of them even pray for the people who walk by without dropping anything into their hat, without so much as a smile. 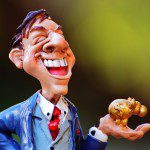 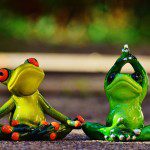