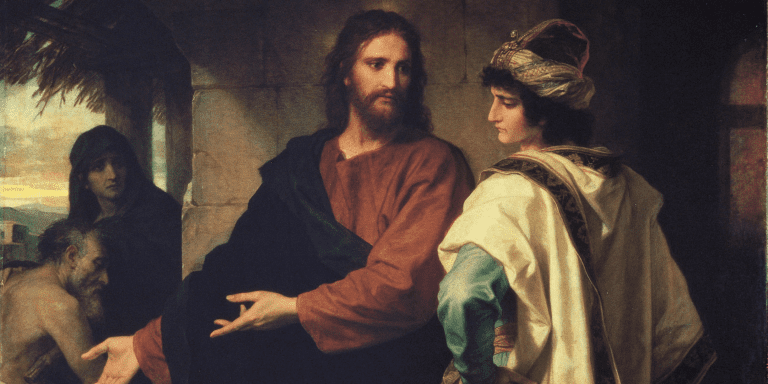 Yesterday, I posted a link on FaceBook to Father Longenecker’s excellent post on Amoris Laetitia. A commenter left the following remark:

For all the “compassion” I could trust was licit from the Church’s representatives, it’s hard for me to read Father Longenecker’s thoughts here and not wonder, in each of the examples he gives, why the individual shouldn’t meet with Christ’s iron rod and be presented with the same stark choice He offered the rich, young man: “give up your comforts or walk away from Me.”

This comment presents an oversimplification of the story of the rich young man that I often encounter in Catholic circles: basically, the rich young man asks what is necessary for eternal life and Christ says “If you want to merit eternal life, you have to give up everything and follow me.” The young man is unwilling to give up his riches, so he goes away sad. The story is understood to mean that anything less than complete self-oblation is insufficient in the Christian life.

There is, however, a major problem with this version of the story: to whit it leaves out the middle. The young man does indeed ask “What must I do to inherit eternal life” but Christ does not respond with “sell all that you have.” What He actually says is, “Why do you call me good? No one is good except God alone.”

Christ here is doing two things. First, he’s giving the young man an opportunity to recognize His divinity. “Why do you call me good?” could be taken to mean “What’s wrong with you, ascribing goodness to a man?” or it could be taken to mean “You call me good, now why is that? Hmmm. Now, only God is good…and you just called me good…so what conclusion can we draw from that?” Christ, the good teacher, is offering his student an opportunity to arrive at the correct answer for himself. It’s a technique that He often uses in His ministry, but in this particular case the young man doesn’t take the bait.

Christ also offers another lesson. “None is good except God.” The young man desperately wants to be good. We can see this in the eagerness with which he asks “What must I do?” and in the fact that he’s kept all of the commandments since his youth. He’s not asking Christ to give him eternal life, but rather asking how he can earn it. Christ gently points him towards the fact that he cannot be good by his own merits, inviting him to recognize the need for salvation.

This guy is someone that I recognize immediately because he’s basically exactly the same personality type as me. He’s the A-student, the one who sucks up to teachers and who likes to be patted on the head. He’s also the type who really struggles with the idea of being less than perfect. The type for whom anything less than an 85 is a failure.

So when Christ tells him “You know the commandments” and then goes on to list all of the basic teachings of the Torah that everybody knows, this is not sufficient. Note here that it is sufficient for Christ: Christ’s answer is not “sell everything you have” but “keep the commandments.” Christ doesn’t say “Anything less than perfection is unacceptable.” He says “You already know what you need to do, keep doing it.”

For the young man, that’s not enough. He wants to an extra credit assignment, or (ideally) he wants to be told “You’re super! Keep up the good work!” He wants to be special, so he says, “Teacher, all of these I have done since my youth.” There’s a thin veneer of docility here, but really what he’s doing is boasting. He’s not really asking Jesus to teach him, he’s really asking Jesus to congratulate him, perhaps to hold him up as an example to the others who are present.

I get this. It’s something that I do all the time. Most recently, I went in and had parent-teacher interviews with every single one of Agnes’ teachers in spite of the fact that she’s getting As across the board. In each case I said, “Since it’s her first semester in high-school, I just wanted to make sure that there wasn’t anything that I missed.” Obviously I knew that I hadn’t missed anything: the kid is rocking all four of her courses. What I really wanted was basically to have an authority figure assure me that I did a good job of homeschooling my child.

The rich young man is doing exactly the same thing. He wants Jesus to say something like, “Well, there is this one little thing that you could work on a bit, but otherwise, great job!”

But Jesus doesn’t. Jesus sees that what this guy really needs in order to grow is to be challenged. He’s found the basics easy, and that’s good, but he need to have the experience of trying something that he’s not good at. He needs to fail, and to learn that failure is okay.

He gives the young man an assignment that is too difficult, something he feels totally unable to do. And the young man goes away sad. He’s sad, when it comes right down to it, because Christ has just revealed a fundamental flaw in the way that the young man sees the world. The young man wants to be able to get a perfect grade. He wants to merit eternal life. He wants clear, simple, finite guidelines that he can follow in order to get 100% on the test of life.

Christ reveals that this is impossible. He basically tells the young man “Give up all of the privileges that make it easy for you to practice virtue, and then follow me.” He calls the young man out of his comfort zone, not because comforts are bad but because the young man is in a spiritual state where he can’t understand the need for mercy or salvation. Christ is not calling this youth to an even higher standard of perfection, He’s calling him to a life in which his inability to achieve perfection will be revealed.

In many ways, the simple fact that the youth goes away sad may have been enough. We often see this boy as one of Christ’s failures, a lost sheep who turns away from the gospel, but let’s remember that Christ is omniscient. He sees the future. He looks at this young man with eyes of love and this is what He chooses to say to him. The young man goes away sad but also humbled, and we have every reason to hope that this humbling bears good fruit in the years to come.

To take this story and use it as a prescription for how to call the suffering and downtrodden to repentance is to miss the context of the story entirely. One of the major points that of Amoris Laetitia is precisely this: that there are no one-size-fits-all pastoral solutions. Each person must be approached as an individual, and their circumstances must be taken into account. Christ, of course, does this in all of His encounters: He calls the rich young man in this way precisely because he is rich and young and just a little bit full of himself. He calls the woman at the well in a very different way, because she is older, and poor, and rather used to being treated as an outcast. Christ, and with Him the Church, recognize that these different souls need different kinds of care, and that calling someone to holiness is not always a matter of employing the rod. 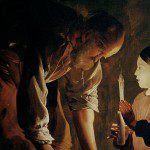 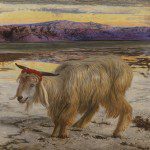 Words of Pope Francis at Prayer...
Labyrinthine Mind
Books by This Author Books by Melinda Selmys