Life Lessons I Learned From My Characters: Germanicus 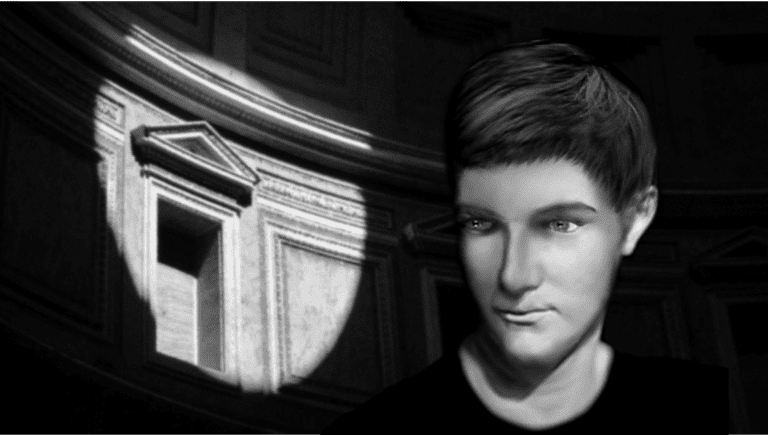 I’m doing a series of posts in which I give some of the most useful things that I’ve learned from each of the characters in Eros & Thanatos. (I explain the project in a little more detail in yesterday’s post.)

Today’s character is Germanicus. He’s a Stoic. You’ll probably get that from what he has to say below.

(1) Stoics Have More Fun – Most people think of stoicism as a pretty dour philosophy. Suffering comes at you, you grit your teeth and bear it with indifference. The stoic in this vision, is an implacable brick of a man, arms crossed over his chest, impervious to suffering – but also to joy. There’s nothing in stoicism that says you can’t have fun. All it says is “Don’t let your enjoyment of life be conditional on external circumstances.” Normally, people are only able to enjoy the “good” parts of life – the parts that are pleasurable in a plug-and-play kind of way. What stoicism does is enable you to practice sufficient detachment that you’re free to have fun with all of life. Sure, you can also exercise that freedom to have an attitude of weary acceptance towards all of life, or an attitude of grim determination to get through it, but why bother? If you’ve gone to all of the trouble to attaining interior freedom over your passions, then what you actually have is the interior leisure necessary to play. Think about it: all of the so-called “negative” emotions are actually pleasurable. If you’re reading a book, or watching a movie, it’s fun to feel sad, or angry, or to jump out of your skin. Why? Because you’re detached from the action. You may be invested, but you don’t experience it as stressful. Cultivated indifference makes it possible to enjoy the full narrative action of your own life in kind of the same way, except that it’s a full-immersion, 4-D, surround-sound, multi-media actual reality event.

(2) Grapefruit is a Luxury – People have a mind-boggling capacity to take things for granted. We live in a period in history where we are confronted with an absolutely unprecendented array of goods. I don’t just mean that in the sense that we have more consumer products, I mean that we have access to the fruits of human ingenuity, to the riches of a wide variety of cultures, to vast expanses of knowledge and information, and to the natural resources of the entire world. When I go to the store and pick up a grapefruit, what I’m buying is a hybrid of two plants which were brought to the West Indies from Asia and in the 17th century. The grapefruit arose from a massive investment of human labour and inventiveness (ship-building, international trade, techniques of cultivation, and the complex of costs/benefits inherent in colonialism, to name just a few.) All of that is right there, underwriting the very existence of this fruit. Moreover, in spite of the fact that I live in a cold climate where no citrus can actually grow I am able to acquire a grapefruit in any season of the year. And it’s only one of thousands of possible foods that I could choose to buy at my local grocery store. Yet, if a person intent on eating a grapefruit goes to the store and finds that they are out of stock, that person feels entitled to be angry, as though they were deprived of something to which they had a right. And even if they get their grapefruit, they might still go home and sit on their couch, surrounded by a miraculous panoply of possible pleasures and entertainments, and declare, with a sense of deep dissatisfaction, that they are bored and there is nothing to do.

(3) Pain Is Not Suffering – This is pretty self-explanatory. Think back to the last time that you decided to play a sport, or go mountain-climbing, or do whatever that involved a certain amount of plain, raw, physical discomfort in the pursuit of pleasure. When you stand there, having accomplished what you set out to do, and your lungs are bursting, and your muscles ache, and your shins are scraped to hell, are you suffering? No. You’re elated. It’s great.

(4) If You’re Going to Indulge in Pleasure, You’d Better Enjoy It – The deliberate pursuit of pleasure is risky. As a general rule, if you go out looking for peak pleasures you tend to become numb to the ordinary pleasures that are constantly presented to you by the mere fact of your existence. But realistically, pretty much everyone actively pursues pleasure (rather than merely experiencing it as an epiphenomenon of being alive) at least some of the time. Now, if you’re going to do this damn silly thing, you should at least do it properly. You don’t get brownie points for only half-indulging, or for guiltily indulging, or reluctantly indulging. Own your choices. If you’ve decided that you’re going to eat two slices of cheesecake, then eat them with relish. Milk them for all of the pleasure that is to be had. Human psychology is perverse this way: if you do something disordered, and you’re expecting it to be really great, but you don’t end up getting very much fun out of it because of some kind of psychological hang-up, this does not act as a deterrent. You don’t think, “That kind of sucked. I don’t think I’ll do it again.” Instead, you keep longing for the full indulgence that you didn’t let yourself experience. If you actually just indulge then you’ll feel satisfied. You’ll feel you got everything out of it. And you’ll be able to move on.

(5) The Thought of Death Should Make You Happy – So one time Solon met the Lydian King Croesus and they had a conversation about happiness. According to Herodotus, Solon uttered this maxim “Count no man happy until he is dead.” What he means by this is that happiness is not an emotion, it’s an ontological state. To be happy is to have lived well. So, for example, if it turned out that your present happiness was just a set-up for a massive fall a couple of years down the road you wouldn’t be very pleased with that. You might even, in hindsight, reject whatever is currently bringing you pleasure on the basis that you could actually have had more net happiness without it. Hence Solon’s aphorism. The Greeks had a tradition of frequently reminding themselves of the fact of mortality, which to modern ears sounds morbid but is actually a really great practice for general mental health. It’s not depressing. Death, contemplated properly, should make you happy. If the thought of death makes you unhappy generally that will illuminate some aspect of your life that you’re not actually happy with. Basically, if the answer to the question “If I died today, would I be pleased to have lived as I have lived?” is “Yes,” then death has no sting. But if the answer is “No,” then you need to figure out what you’d be unhappy with, and go fix it.

(6) You Deserve Less – I don’t mean this in some grumpy sense, “Get over your entitlement issues,” or something like that. I mean that you deserve to have the joy and the freedom of owning fewer things. The thing is, you can’t actually possess an object without in some sense also being possessed by it. Everything that you have demands a tithe of time – even if it’s just the amount of time necessary to chuck it in the trash and lug it out to the curb. Things require maintenance. It takes time to use them. They take up space. We feel a sense of obligation towards our things, that we’re neglecting them if we’re not using them. The sight of abandoned goods that we acquired and never really got around to enjoying makes us feel uncomfortable. There’s a sense of pressure: you (or someone) put value into this thing and now it’s necessary to get value out of it or else it’s a waste. The fewer things you own, the fewer objects will bind you in this way. The ideal is to avoid acquiring stuff in the first place, but if you do end up possessing something you don’t need you can always give it away. Giving a thing to someone who will actually get value out of it prevents waste while at the same time releasing you from bondage to useless objects. (N. B.: foisting your useless junk on other people who will get equally little value from it is not an act of charity. It’s giving them your problem. Don’t.)

(7) Welcome Sister Pain – The primary reason that we think of pain as suffering is that most of the time it comes upon us against our will. Pain that you elect to feel can actually be tremendously enjoyable (see point 3 above). The problem arises when you’re in pain, and you desperately want to be not-in-pain. Generally this happens because pain is part of the body’s alarm system: it tells us “something is wrong,” or “stop doing that.” This immediate sense of practical wrongness enables us to fix things and prevent damage to ourselves, which is good. However, when we’re unable to fix the problem on a practical level, we tend to project our sense of discomfiture out onto the universe. We conclude that there is something cosmologically wrong: the pain is not merely a physical sensation indicating injury, it’s an injustice. I should not feel this way. I have a right not to feel this way. Basically, we make a negative moral evaluation of a simple fact of existence and then we get really upset about it. The way out of this is to stop expecting the universe to conform to my will and to instead conform my will to whatever external circumstances I cannot control. So instead of thinking, “I can’t stand this fever another minute. I must have relief! I hate being sick,” very deliberately say, “Welcome sister pain. I understand that you’re here for a reason – that you’re killing a whole lot of nasty little microorganisms that represent a threat to my body – and that you need me to rest so you can do your work.” Cooperate with the pain, figure out what it’s for, help it to achieve its purpose. If you get good at this, it’s possible to experience most kinds of pain as enjoyable rather than as a source of suffering.

Image credit: Pixabay and I collaborated on this one.
Stay in touch! Like Catholic Authenticity on Facebook: 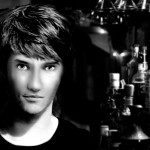 May 28, 2016
Life Lessons I've Learned From My Characters: Juvenal
Next Post 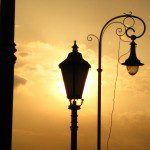