Scripture Has Nothing New To Say to Me

Scripture Has Nothing New To Say to Me January 11, 2017 Melinda Selmys 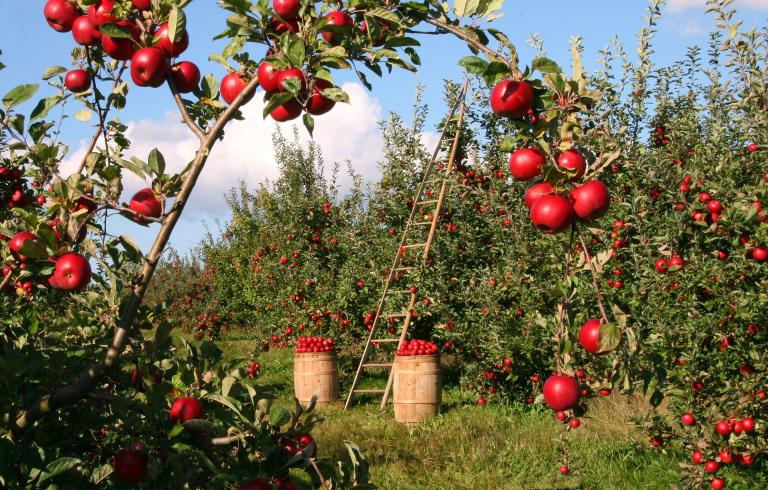 Recently I was talking to a friend about various difficulties in the spiritual life, and one of the issues that came up is the idea that reading Scripture is infinitely rewarding – that every time you return to it you will find new insights. His basic complaint was that this isn’t necessarily true: especially living (as he does) as a religious, you encounter the same texts over and over again and sometimes it just feels like going over the same ground. Sure, you can try artificially to find a fresh take. Maybe turn the book upside down. Squint at it, pirate-style. Read it out in a silly voice. But the fact is, there just doesn’t seem to be anything much there that you haven’t heard, seen, and thought about before.

You can take a “blame the user” type approach to this problem: assume that the person is reading sloppily, or superficially, or that they’re not really trying, or they have some secret unrepented sin that is getting in the way of grace, or they’re relying too much on their own intellect and not listening enough to the voice of the Spirit, or… The list could be multiplied, as ways of accusing people for their failure to progress in various aspects of the spiritual life have multiplied themselves with predicable tediousness over the centuries.

Sometimes those things are true, and yes, it can be a good idea to inquire into the state of one’s own heart when difficulties arise – but it is not, in my experience, a good idea to assume that guilt is always, or even usually, the cause of trials and difficulties and it’s definitely a very bad to idea to subject one’s heart to a perpetual, ruthless self-inquisition.

I’d like to suggest a different approach, one that takes into account the fact that when Christ refers to the Kingdom of Heaven, He routinely employs natural metaphors to describe its growth.

One of the more pernicious habits of modern thought is our tendency to think of processes in a basically industrial kind of way: you put effort in, you get product out. This happens over a very short period of time, and you can almost always increase the amount of product by increasing the time and resources spent producing.

This kind of logic, when applied to the spiritual life, generally produces frustration, either with oneself or with God. You put in time, effort, prayer, thought, and other interior resources, and you seem to get nothing out of it.

Some people will blame this on their own poor efforts, and will double down trying to do even more: more rosaries, more scripture reading, more grinding the brain-gears, more corporal and spiritual works of mercy. The less fruit they see from their efforts, the more they spin the spiritual treadmill. Obviously, nothing is working so something is broken, and since God is perfect, the broken one must be me.

The other way to go is to blame God: to doubt the efficacy of prayer, or His care for His creatures, or even His existence. After all, if I know that I’m dutifully doing my half of the work, and I’ve been working as hard as I can for a long time, and there is still no product… Well, something is broken, and since I’ve scoured my conscience and I know it isn’t me, it must be God.

There is a third possibility: it may be that nothing is broken.

With natural processes, unlike industrial ones, there’s only so much that anyone can do to speed things along. In some cases there is literally nothing that our effort can do. Pregnancy comes to mind: you can do a lot of stuff to get ready for baby coming, and to make sure that baby is healthy, but even if you whiz through the Lamaze course super fast and prepare the nursery months in advance, this will not cause the baby to come more quickly. You just have to wait. And a lot of the waiting involves being progressively more uncomfortable in progressively more instrusive and intolerable ways. And a lot of the time you just feel powerless and not able to do anything.

With the Scripture problem in particular, though, I think a better metaphor is something like an apple tree. It’s true that Scripture is inexhaustible in a sense: it is perennially capable of offering fresh meanings and insights. But like everything else in the spiritual life, it bears fruit in season.

There will be times when you go out every day, and there’s beautiful, low-hanging fruit on the tree, plump, ripe, and ready for picking. Other times, you’ll see that there’s tonnes of fruit, but if you pick it and bite into it it’s kind of sour because it’s not ripe yet. Other times, all of the fruit has fallen on the ground and it’s kind of mushy and brown and wormy. And other times it’s just bare. There’s nothing. Somewhere, under the snow, the fallen fruit lies frozen, waiting to leach its nutrients into the soil to power next year’s harvest, but you can’t see it. All you can see are a bunch of bare branches and a harvest of icicles.

Okay, but that sounds reliable. Dependable. We can all get the hang of nice, cyclical realities. But what if seasons go by, and there is no harvest?

Well, it happens. I referenced apple trees specifically because I happen to have a lot of them, and because 2013, 2014, and 2015 were all terrible years for apples, at least in the Selmys’ kingdom. We had two years of gringy, disappointing little apples: the kind that are okay for boiling up to make homemade pectin (if you have the time for that kind of thing), but that are pretty useless for eating or even for making into pies. Then we had a year where there were practically no apples. A few of the trees had the odd, sad, crabby little apple on them, most had none at all. It was so bad that I started to think that the trees were old and spent and probably best harvested for the woodstove.

But then, this year we had the best apple harvest that we’ve had since we moved to the farm. We had enough that even with seven kids gorging themselves, we only managed to eat our way through a small percentage of what the trees were bearing.

It’s not that we did anything different this year than we did on the previous years. And since I’m not any kind of meteorologist, and only a farmer in a very laughable, level-one kind of way, I have no idea what mysterious blend of forces caused the apples to thrive this year when they did so poorly the years before. Conditions were just better for apples. God knows why.

I think with spiritual practices, including reading Scripture, this is kind of the way we have to expect things to be. Indeed, in the case of Scripture the themes of drought and famine (sometimes very prolonged drought and famine) are a major part of the interior geography of the text itself. We often speak of Scripture as the story of God’s love and providence for His people, but it is also, and equally, the story of God’s people waiting, wondering where God is and what He’s doing, for periods of time that seem completely ludicrous in human terms.

Most of us get antsy if we’re trying to work through a problem and nothing changes in a couple of months. We start going nuts if it goes on for a few years. But God seems to do things like let His people wander for forty years in the desert, or wait a few tens of thousands of years before fulfilling that promise He made to Adam to clean up after the debacle in the garden.

He does come through, though. Eventually the seasons do turn. The drought ends. And the Tree of Life brings forth its harvest anew.

January 9, 2017
Gender Dysphoria: My Talk from Q Denver
Next Post 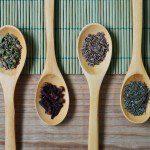 January 16, 2017 The Art of Being Overwhelmed
Recent Comments
0 | Leave a Comment
"Miss talking to you and have thought often of you and the children, I am ..."
Patricia Lee Crossing the Rubicon: Why I Will ..."
"COVID-19 has changed my point of view on this.I'm not willing to divorce an abusive ..."
Theodore Seeber Enabling Abusers: On Divorce and Remarriage
"Completely agree. Yes, inconsistency of the position of those Catholics (and I don’t dare to ..."
mcepl A Painfully Familiar Reason for Using ..."
"The hair-splitting comes when sex at naturally infertile times of the month is then considered ..."
Carl Antuar A Painfully Familiar Reason for Using ..."
Browse Our Archives
get the latest from
Catholic
Sign up for our newsletter
POPULAR AT PATHEOS Catholic
1