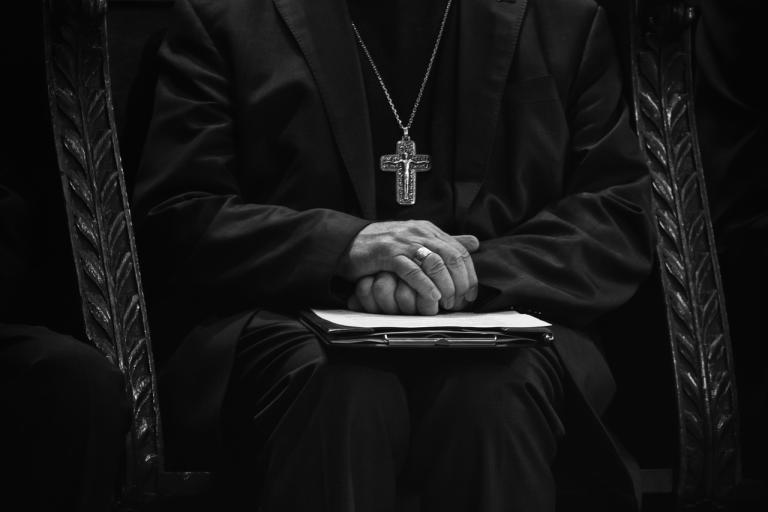 I’m hardly alone in this. Over the past hundred years or so we’ve seen a massive drop-off in Church attendance in Western countries. Last Sunday, an elderly Priest who used to serve our parish thirty or forty years ago visited and performed the Mass. In his sermon he mentioned that probably there was something going on that weekend to explain the scarcity of bodies in the pews. I don’t think anybody had the heart to tell him that it was a pretty normal turn-out.

Here in Canada, it’s pretty conspicuous that the parishes which are thriving and growing are located in urban centres with large immigrant populations, and that the people filling the pews are not primarily of European descent. In rural areas where the population is mostly white, parishes are at risk of closure, and it’s quite common to have one priest serving several different small congregations.

Back when I was on the conservative Catholic bandwagon, I didn’t see this as cause for alarm: Western society was decadent, and the hope for the Church lay in places like Africa, Asia and South America. What I didn’t notice at the time is that this vision is actually severely problematic: Western culture is the culture that has been most informed by Christianity for the longest period of time. Ideas which had their origins in Christian thought (compassion for the marginalized, and the universal dignity of humankind, for instance) have put down deeper roots in the West than anywhere else in the world.

And the reasons for the Western rejection of the Church derive pretty directly from these fundamental Christian principles.

This leaves us with the unsettling probability that the reason the Church is growing in cultures that are more patriarchal and more authoritarian, and dying in cultures that are democratic and egalitarian, is that values like democracy and equality are not especially compatible with a religious system where power is exercised by a hierarchical elite that is open only to men. Meaning that if Christian development efforts in poorer countries continue to promote values like participatory government and women’s education, we should expect to see a trajectory similar to what we’ve seen in Europe.

The standard conservative line is to point the finger at feminism, but this ignores the historical fact that the present crisis in the Church derives just as much (if not more) from democracy as from the emancipation of women. It ignores the fact that in spite of the Church’s patriarchal structure, women continue to attend at a higher rate than men. And it fails to acknowledge that if you drove all of the feminists out of the Church, an awful lot of parishes, several religious orders, and probably at least a couple of dioceses, would simply crumble – because feminists do an awful lot of essential, on-the-ground, parish-level work that conservative men are actually not willing to do.

Besides which, in any case, the Church actually acknowledges that participatory government is a good thing, and that the inclusion of women as equals in society is both necessary and just. It is simply neither true, nor responsible, to behave as though the nasty secular West is completely wrong about everything and is destroying the Church. This kind of finger-pointing did not impress God in Eden, and I very much doubt that it impresses Him now.

Which brings me back to the analogy to marriage.

Within the Church, we have two groups of adults who exist in relationship with one another. It’s a mutual relationship which requires the participation of both groups: just as a man without a spouse is not a husband, a group of celibate guys without a community to minister to is not a priesthood. Conversely, a group of lay people who operate without a priestly class is not the same thing as a church. The laity and the hierarchy exist in a complementary, reciprocal relationship much like a husband and wife.

But here’s the thing. We no longer believe in the obedient submission of woman to man in marriage. For the better part of two-thousand years, Christian commentators (almost all of them male) interpreted the words of Genesis 3 as a normative command: “From now on, your husband will have the right to lord it over you.” But that’s not what it says. John Paul II points out that Gen 3:16 is a curse, a description of how human relations are broken by sin, not an expression of God’s will. Instead, JPII proposes a model of mutual subjugation in which both parties submit to one another as equals.

If male domination of women is a curse, then it is reasonable to treat its expressions in the same way that we treat the weeds and thistles that grow in our fields. Id est, pull them out by the root.

This, however, presents some serious issues in terms of the Church’s hierarchical patriarchy. St. Paul, significantly, tells the Corinthians that he does not wish to “lord it over” their faith (cf. 2 Cor 1:24). He seems to see that there is a possibility for clerics to engage in the same kind of dynamic of domination that Genesis 3 predicts, and he makes it clear that he rejects this kind of domineering authority.

And to be honest, I think the Church’s hierarchy has started to realize that they do, in fact, have a problem with clericalism and male-domination. Since Vatican II there has been a lot of ink spilled over the question of how to include lay people, and particularly women, within the power structures of the Church. It’s been thought about and talked about a lot. Implementation on the other hand…well, it’s been slow.

Now, this is very similar to the situation that we see in marriages. Even men who claim to be in favour of women’s equality often seem to find it very difficult to let go of masculine privilege. We know that women continue to be primarily responsible for childcare, and primarily responsible for house-keeping, even when they are making just as much as, or more than, their male spouses. We also know that in settings where efforts are made to ensure that women get as much time to speak as their male counterparts, males will perceive the women as having dominated the conversation – even though, objectively, both sexes spoke for exactly the same amount of time. And I often find myself in conversations with men who just don’t seem to be able to comprehend that equality between women and men in marriage is not matriarchy, nor is it “the woman wearing the pants.” To a lot of men, the idea of having to actually be on equal terms with their wives seems threatening, and they construe a woman’s desire to be treated as an adult human being as a form of arrogant defiance.

It’s worth noting that in such cases if the males in question are religious they are likely to make arguments that their right to domestic superiority derives from God.

This isn’t a problem with males specifically: in any transition from a position of superiority to one of equality, the person or group who is accustomed to holding power will perceive themselves as being forced to make constant sacrifices and accommodations which seem onerous. A common response to this is to seek reciprocation (“I’m being asked to do all of these things for you, so what sacrifices are you going to make?”) as though restorative justice were an act of charity, rather than a balancing of the scales. In most cases, this behaviour is the natural result of those who hold privilege agreeing to equality without realizing just how many invisible benefits they’ve been deriving from an unjust distribution of power.

In the case of the Catholic hierarchy, this is evident to an almost embarrassing degree. Talk of women’s inclusion has not been completely fruitless, but you can feel the institutional inertia grinding away in the background. Even the most low-level forms of inclusion like women having their feet washed are met with staunch opposition from conservative elements within the Church.

More problematically, people at the top of the organizational structure have benefited from the fact that the structure, in its present form, privileges them. They are no more likely to voluntarily reform institutions that give them an advantage than the Liberal Party of Canada is to do away with the First Past the Post electoral system that has consistently delivered them majority governments throughout most of Canada’s history. They might pay lip-service to the need for change in order to secure the continued loyalty of their followers, but they’re very unlikely to ever follow through.

Power is like that. People will generally not give it up unless they have no choice. And we know, from the way that the hierarchy has always behaved in the past when it has lost power, influence or wealth, that the leaders of the Catholic Church are not in any way exempt from this general rule.

So what’s a Catholic feminist to do? 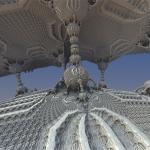 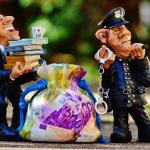 August 24, 2017 Poverty Is Not What Austin Ruse Wants You to Think It Is
Recent Comments
0 | Leave a Comment
"I'm not assuming either way, but what if it turned out that they did agree ..."
Makishima Are Women Being Denied the Truth ..."
"The most traditionalist people I've met quote female saints constantly, and reproach Popes, priests and ..."
Ginger An Open Letter to the Young ..."
"I am one of those atheists who don’t care what anyone believes, but care very ..."
Ben in Oakland Crossing the Rubicon: Why I Will ..."
"You guys are calling Gnostic views nonsense, while not even naming one of these possible ..."
Justafoolagain Make Women Slaves Again
Browse Our Archives
get the latest from
Catholic
Sign up for our newsletter
POPULAR AT PATHEOS Catholic
1

Suppose You Thought You Were A...
Steel Magnificat
Books by This Author Books by Melinda Selmys