Lent and Exhaustion – Running On Fumes During Lent 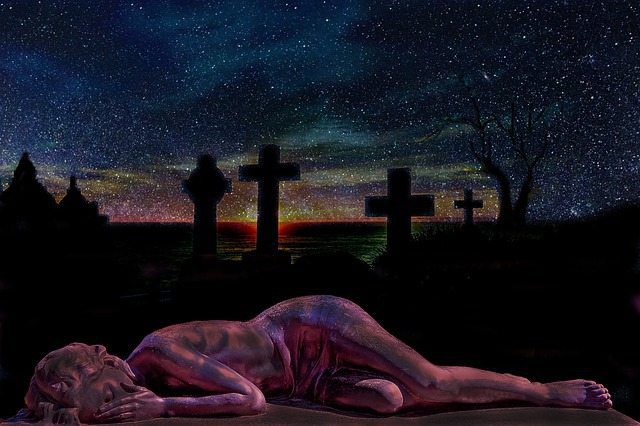 Let’s say it’s over a week since Ash Wednesday and you haven’t given anything up for Lent. So of course you’re feeling kind of bad about it. It’s not that you’re lazy, it’s just that it’s been one hell of a crazy ride recently, and you’re feeling like it’s already been Lent for months. You’re just barely getting by on fumes, and the thought of cutting anything out of your basic creature comforts fills you with dread.

I will die, you think. You consult the people around you: they nod sagely and say, “Yes. Don’t do Lent this year. You will die.”

Okay. So you’ve heard all of the arguments.

I mean you won’t actually die without chocolate. I mean, maybe your serotonin levels will drop to the point where you want to die, and maybe you will turn into a three headed alligator who bites the head off of everyone who comes near, but you won’t DIE. And hey! Maybe you’ll even lose some weight! I mean, come on, when you’re at the end of your rope let’s face it, weight loss should still be a priority.

Oh wait. A better idea: how about instead of giving something up for Lent, you start a new, beneficial practice. You know, you could add some extra prayer into all of those extra milliseconds that you’re currently wasting staring stunned into space trying to remember where you left your head this morning. Or maybe reach deep, deep into the hole in your pocket and pull out some magical alms. Do something for someone else. Never mind that you are currently doing things for other people 22 hours a day. Think of others. Having literally zero down time and cutting out self-care is always spiritually enriching.

That’s not working either? Probably it’s because you’re lax and lame and a slacker. The college Catholic guys on social media insist that it’s true, and they would know, what with having all the big responsibilities of being in college and fixing the world by having flame-wars with atheists on Twitter. Besides, they totally understand what it’s like to be in crisis. Every day they have to deal with the crisis of living in the real world rather than their fantasy of what it was like in the good old days. And do you see them slacking? No. Because a Real Man is never sissy when there’s a war on for his soul.

Alright, alright. None of that is working for you? You’ve given it a lot of thought and you’re just not doing Lent this year?

I’d like to suggest that you reconsider. Not because you’re lazy, or because you’ll lose weight, or because if Jesus died for you then the least you can do is run yourself down until you’re sobbing in the bathroom for Jesus. Because I have a Lenten suggestion that might actually work for you.

It might sound contrary to the spirit of the whole thing, but use Lent as a time to let yourself rest. Hear me out. When you’re in crisis your body will generously extend you credit. It sees that you’re not able to rest right now, and very sensibly it says “Don’t worry about it. I’ll put it on your tab.”

This is supposed to be for emergencies. When the emergency is over, you’re supposed to pay of the debt. But if you have a situation that’s on-going it ends up working kind of like credit card debt or payday loans. At fist you’re just using it for extraordinary expenses. But soon you get used to being in debt and you’d don’t even really think of it as debt anymore. If there’s a hundred dollars of credit available on the VISA, you feel like you have a hundred dollars to spend. And after all, there are so many things that you legitimately need…

It works kind of the same with your body. There are hidden costs associated with constantly working in a state of exhaustion, but once you get used to it you stop even being properly conscious of how exhausted you are. But the debt is there, building up, and you’re paying for it every day.

Now if one of your friends said “I’m giving up buying things on credit for Lent” would anyone say “That’s not legit! You’re just wussing out of your obligation to participate in the debt cycle. La-ame.”

Look at it like that. You’re giving something up for Lent, but instead of giving up something that is helping you stay sane and keep afloat, you’re giving up something that is draining you and making you less capable of fulfilling your duties. When everything seems to be falling apart, we feel like we have work double-hard to prove that we’re coping. On some level we’ve internalized the idea that bad things only happen to bad people, or that you can always get yourself out of any hole if you just pull yourself up by your bootstraps.

So we need to prove, as much to ourselves as anyone else, that we can not only cope but excel under pressure. If we’ve tried and tried until we’ve literally collapsed, then nobody could possibly blame us for asking for help. But up until that point, we need to prove that we’re the deserving poor, the innocent victim, the sick or disabled person who is an inspiration. Only then is it permissible to admit that we’re struggling.

What I’m suggesting is giving that up for Lent. It can be just a little thing: giving up being the parent who always does all the driving to all the playdates; giving up doing your teenagers’ laundry; giving up turning down help when people offer and you think you don’t “really” need it. Or it can mean giving up doing things that don’t really need to be done, letting go a little bit and being okay without having limitations.

This Lent, I’m giving up taking on new projects – because for whatever reason when I’m exhausted my demented brain says “Hey! You know what really needs to be done Right Now? Painting the dining room! Oh, and also rearranging the furniture. And you know what, these floors should really be refinished…”

So for Lent I’m saying “No,” to the little voice that tells me to put just a few more major house repairs on my body’s tab. They’ll wait. For these forty days, it’s time to just let go and rest in God.

February 26, 2018 A Hell of One's Own: Why Mortal Sin Really is Mortal
Recent Comments
0 | Leave a Comment
Browse Our Archives
get the latest from
Catholic
Sign up for our newsletter
POPULAR AT PATHEOS Catholic
1