Crossing the Rubicon: Why I Will No Longer Enable the Catholic Hierarchy 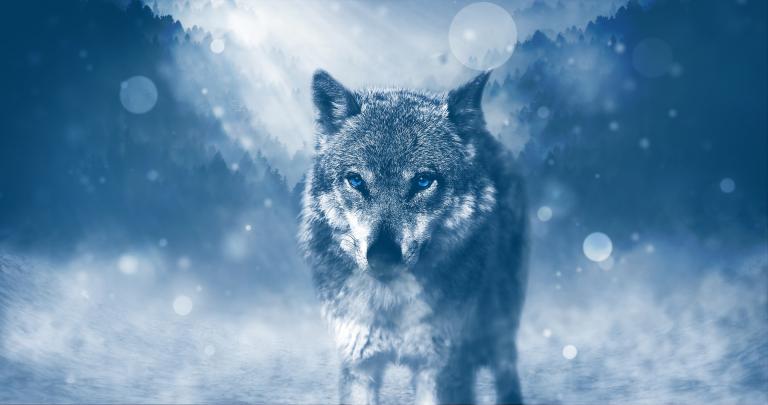 A while ago, one of my atheist commenters observed that watching me grapple with my doubts about the authority of the Catholic hierarchy was like watching a train-wreck in slow motion. I didn’t respond, partly because although I wanted to tell myself that no, it wasn’t true, on some level I suspected that they were right. Just it was my train, and I was on it, and I didn’t want to admit that the jolting shocks, the screech of metal and the screams from the front compartments were really indicative that I was never going to finish the cardie I was knitting in the back.

So the train has crashed.

I made it official over the weekend: I’m now attending an Anglican church and I won’t be coming back to the Catholic church unless there are some substantive changes. I don’t see myself as “no longer catholic.” Anglicans confess the same creed. Indeed, when I was converting to Catholicism it was, in part, because I got to the part of the Apostle’s Creed (which I had learned in Anglican Sunday School) where I said “I believe in the Holy Spirit. The holy catholic church.”

I still believe in the holy catholic church, I just believe that it’s catholocity is broader and more inclusive than the Roman hierarchy would like it to be. I also believe that sometimes the divisions within the Church are necessary to correct or purge the errors to which various church hierarchies are prone.

One of the stranger things that I remember hearing when I was a young, eager Catholic convert was that the Counter-Reformation demonstrated that the Reformation was unnecessary. “If all of those people had just been patient, if they’d just waited and persevered a little longer, they would have seen the same changes but they wouldn’t have fractured Christendom.”

This is not true. If there had been no Reformation, there would have been no Counter-Reformation. The only reason why the great Catholic Saints of that era had the leverage to demand and to make real changes to address the serious abuses that plagued the Church at that time is because the Reformation had in fact happened.

The Church, in this sense, functions pretty much exactly like every other powerful institution – and like most individuals. Humans find it very difficult to change deeply ingrained habits, especially if we seem to be benefiting from them. Once a serious evil has taken root, people generally won’t even begin to contemplate change until they run up against a wall. The consequences of doing evil have to outweigh the perceived advantages.

I’ve been thinking about that a lot lately. We know that the Church is in crisis. I think arguably the situation is as grave as the crisis that led to the Reformation. And as in the period leading up to the Reformation, there are certain things that the hierarchy of the Church does not want to shift on – not because they are eternal truths, but because change would mean relinquishing power.

It’s a very old, very well-known fact that in general systemic evils within a hierarchical structure are extremely difficult to address because, basically, it means that the people who hold power have to agree to change the very rules that they benefit from.

This almost never happens voluntarily. Leaders will change the rules to benefit them more, or to hamstring their opponents, but as a rule they will not change the system in a way that involves giving up or sharing power. Not unless someone is more or less literally holding a gun to their head.

A clear example of this came up in Canadian politics, more or less at the same time that I was grappling with the problem in terms of my thinking about the Church. Justin Trudeau had promised that if the Liberals were elected, it would be the last Canadian election under the first-past-the-post electoral system. I knew several people who voted Liberal at least in part because of this promise. Within months of being elected, the Liberal government said that they had “investigated” electoral reform and Canadians didn’t want it.

My friends were surprised and felt betrayed. I wasn’t surprised at all. The first-past-the-post electoral system has delivered more majority government to the Liberal party than to any other political party in Canada. Obviously they weren’t going to change it – not unless they could change it for something that would look fairer while actually giving them even more of an edge. I just assumed they had looked into that possibility and it was a dead end, so they dropped the issue.

In politics I have a bland and well-founded expectation that politicians will behave this way. It took me a lot longer to really internalize that Church leaders are exactly the same. Everyone on both the left and the right seemed to agree that the hierarchy was corrupt, that spiritual worldliness was a serious problem, and that Bishops and Cardinals were largely power-seeking. But the liberal v. conservative paradigm allows a kind of sleight of hand where you get so focused on the power-mongering of the other side that you miss the fact that your side is doing it as well.

The scandals of the past few months brought into sharp relief, for me, the degree to which power-mongering is a prime motive for Catholic leaders – regardless of whether they say things I like, or don’t like, about refugees and the environment. Again and again and again, like a gong being struck, the words “abuse,” “enabling,” “abuse,” “enabling” scrawled across my FaceBook feed. Eventually I turned to God and said “You’re not being subtle about this, are you?”

It struck me particularly because a while ago another of my atheist followers suggested, quite gently, that one of their concerns was that by putting a rational, tolerant, reasonable front on a rigid, authoritarian religion I was, in effect, inviting people in the wolf-fold. That basically I was enabling the abusive people who were using the name of God to promulgate a doctrine that was a lot more draconian than what I seemed to believe.

I could see that because on some level that’s how I felt: I entered the Church because intelligent, reasonable-seeming people had reassured me that sincere, rational investigation would always lead to the conclusion that the Church was right. You didn’t have to leave your brain at the door because truth was the very business of the Church, and the Holy Spirit protected her from error. So if you just sought truth in good faith you would bring your mind into alignment with the teaching.

But over time, I found that with certain doctrines that didn’t happen. I also found that as soon as you started pushing for better answers or talking about your doubts, you started encountering bullying tactics. Name calling. Unjust accusation. Personal attacks.
For a while I told myself that these were just individuals using religion as a cover for their desire to control and bully others. But when the scandals broke out, it became increasingly clear that not only were people using religion as a cover for bullying, they were also using religion as a cover for the rape of children – and that it seemed like this had been systemically enabled for decades, perhaps centuries, by men who claimed to “courageously defend the truth” about human sexuality.

That, I cannot stand for.

So I’m leaving, not because I hate the Church but because I love the Church. I hate the abuse of power, and I think that hierarchy is addicted to it in an unhealthy way. They talk of the need to include women, to involve the laity, but they don’t do it. They speak about accountability, and don’t practice it. That they go through the motions and then they point fingers and fight among themselves to gain political leverage off of the suffering of victims.

And I don’t think they are going to change until they have no choice. So long as there is money rolling into the offertories, and people in the pews willing to obey (or at least pretend to obey), and parish women willing to clean their houses and bake their suppers, they will not change. Because they are benefiting too much from the status quo.

Like the Princes of the Church before the Reformation, they will not change until enough of the sheep have scattered that they find themselves shivering lonely in the sheepfold, afraid themselves of the wolves that they let in.