No, Simcha, Dissent is Not Tantamount to Rape 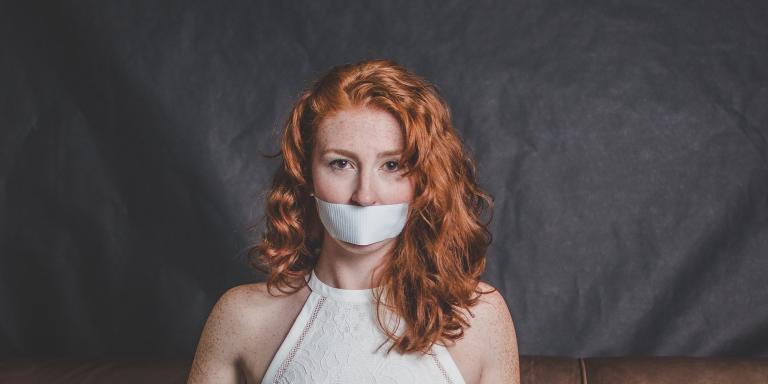 Simcha Fisher recently published an article comparing dissenting from the Catholic church’s position on things like women in the priesthood and contraception to sexual assault. Basically, her premise is that the church has said “No” and “No means no.” Therefore it is wrong to try to pressure the church into changing its position on these things.

What Fisher misses is that there is a difference between rules and boundaries. “No means no” is only valid in an absolute sense when we’re talking about somebody who is enforcing a boundary: “No, you can’t come up to my apartment,” “No, you can’t touch me there,” “No, you can’t call me that.”

Boundaries allow us to have control over those things that are proper to ourselves.

One of the difficulties with controlling or abusive people or institutions is that they tend to have a great deal of difficulty understanding where they end and another person begins. As a result, they often believe that they are being personally violated when the other party asserts their autonomy or expresses disagreement.

Basically, they attempt to draw boundaries that are well inside of the other person’s territory, and when the other person attempts to refuse or repel this occupation they are accused of violating the “boundary.”

These aren’t boundaries. They’re rules. They’re attempts to control another person’s behaviour, to bring it in line with one’s own beliefs, needs or desires.

Now, rules aren’t bad per se. Pretty much every social group, organization, institution, community, state and household needs rules. Whether it’s a rule that there’s no running on the pool deck or a rule that you can’t engage in insider trading, you often need to have restrictions on how people are allowed to behave in a particular context in order to make things safe and fair for everyone.

This is why there is a huge problem with using the phrase “no means no” for something like the church’s teaching on contraception. In saying “You can’t receive communion if you contracept,” the church hierarchy is basically saying “If you eat out with me, you owe me access to your body.” Saying “No” to that is not equivalent to pressuring a woman into sex. It’s exactly the opposite: a woman has a right to refuse to be coerced into getting pregnant against her will.

Standing up and speaking out are not boundary violations either. If someone says “You can’t live with me unless you agree to always agree with me. I have a boundary that says I’m in charge and my boyfriends have to do and think was I say. Pressuring me to have a discussion about how I’m being controlling is a violation of my boundary,” that isn’t legit.

You can’t set up your flag smack dab in the middle of someone else’s brain and then charge them with trespassing when they try to think thoughts you don’t want them thinking. Telling another person that they can’t have their own opinions or challenge your oppressive behaviours is not a sign of a healthy relationship. No does not mean no when what you are saying no to is another person’s right to talk about the effects of your actions on their life.

Finally, pressuring somebody who has power over you to respect you and treat you justly is not equivalent to sexual assault. In any conceivable way.

The fact that a lot of Catholics don’t seem to get this is kind of disturbing. The fact that some seem to think there could be any possible equivalence between someone conscientiously refusing to allow a group of celibate men to exercise control over their bodies and their minds and someone coercing another person into sex is, frankly, creepy.