Why Am I Still Writing For Patheos Catholic?

Why Am I Still Writing For Patheos Catholic? March 18, 2019 Melinda Selmys 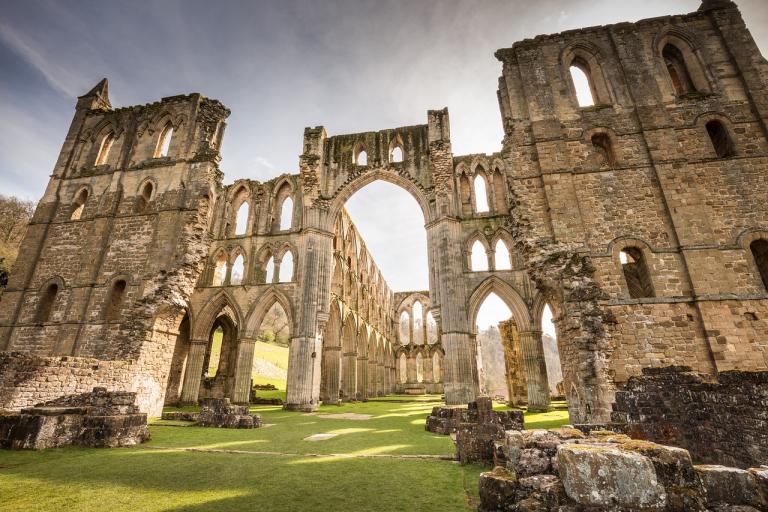 Several months ago, I announced that I was no longer able to worship in the Catholic Church. This has prompted several people to ask, quite reasonably, why I am still blogging for the Catholic channel. They deserve an answer.

When The Field Hospital Isn’t Safe

First, it’s important to understand that I haven’t rejected Catholicism. I’m currently working out how I feel and think in the aftermath of an abusive marriage, and there is a strong relationship between that marriage and my faith. I converted alongside my ex, and to a large degree my relationship with him formed and shaped my religious beliefs and practice.

For nearly twenty years, my ideas came out of conversations that we had together, books that we read and wrote together, and the experience of a common life. But a little over a year ago, my children, friends and family forced me to start acknowledging that our relationship was not healthy: that it was controlling, codependent and increasingly toxic.

This happened to coincide fairly closely with the abuse scandal flaring up again in the institutional church. On a person level, this has made my relationship with that institution complicated. I see the same themes that I’m dealing with in my personal life reflected in the larger church community, and it means that I’m hyper-sensitive to the ways in which the Roman Catholic church behaves like a controlling and abusive partner.

I realize that this is not the whole story. That there are plenty of people whose experience of Catholicism is one of love, acceptance and edification. There is a great deal of good in the church and the experiences of those who primarily see that good are just as valid as my experiences.

For me, however, attending Catholic liturgies is triggering. Catholic culture, especially on-line Catholic culture, often reproduces the same mechanisms of control, the same boundary violations, that existed in my marriage. Being hurt, pulled down, criticized, accused and violated in the name of God is just not good for my relationship with God – and however much I love the church, my relationship with God is primary. It takes precedence. As it should.

So I’ve realized that at least for now I need to step back. I need to take time to figure out who I am, what I think and what I believe, without having someone else dictate the form that my interior and intellectual life will take. I need to do the slow work of recovery and I need to disentangle the perversions of truth from truth itself.

It would be lovely if I could do this without separating myself from the liturgy and the sacraments, if the church could really be a field hospital for me. It can’t be, simply because the scandals function like a rampant infection in the hospital that my immune system isn’t able to fight off. I’m seeking to recover elsewhere because I don’t want my faith to die.

However, the foundations of my faith are Catholic. My experiences of trying to love and serve God occurred primarily within a Catholic context. My thought still springs from a Catholic matrix, and most of what I have to say concerns Catholicism.

I could, of course, skip on over to the Progressive Christian channel, but then my writing would simply become an exercise in back-patting. Most of my readers would be people who already agree with what I have to say, and my words would only seek to confirm them in their negative beliefs about the Catholic church. I’ve never liked preaching to the choir.

Blogging here, on the Catholic channel, I’m able to engage with the church in a way that I hope will be productive for both sides. I can comment on Catholic culture in a way that addresses that culture, and hopefully by sharing my experiences I can reach people who feel that they are suffering alone, and I can help Catholics to do a better job of preventing perversions and abuses within the church.

Already, even though I’ve only been doing this for a very short period of time, I’ve seen fruit from this exercise. A teacher in a seminary has chosen to use one of my posts to help educate seminarians about abuse and sexual coercion in Catholic marriages, so that when they encounter people who are having similar experiences they will be better equipped to offer appropriate support and counsel.

There is something deeply humbling and beautiful in the experience of being listened to like that, of being acknowledged and validated, and of knowing that I might, in a very small way, be one of the wounded healers who helps to combat the infection of abuse and enabling in the church.

And it’s good for me. I know that when I finally listened to my children, heard their concerns and took steps to stop their father’s abusive behaviour, this led to healing in my relationship with them. When Catholics hear and acknowledge my experiences with Catholicism and with abuse in a Catholic marriage, this helps to heal my faith and my relationship with the church.

A Voice for the Quiet Revolution

If I thought that the Catholic church was a write-off, I would write it off. But I don’t. I still hold out hope that this is a relationship that can be salvaged, redeemed, resurrected.

A broken relationship cannot, however, be mended without listening that runs in two directions. This was something that I saw very clearly when I attempted marriage counselling: we were trying to work on communication, but the communication was very one-way. At one point my counsellor took me aside and said “He doesn’t listen to you. He talks over you.”

It was impossible for us to heal or restore our relationship because the lines of communication had ceased to run in both directions.

A similar thing happens, I think, when people leave the church. Most of the time it’s a quiet revolution: one day, they simply stop coming to Mass. Maybe they encounter the priest occasionally in the grocery store and they give some brief, non-committal answer to his polite queries about why they haven’t been in the last few months. But that’s it. There’s no real dialogue.

This leaves the field open to wild speculation about the reasons why people are walking out. Catholic writers often address the question, and usually what happens is that they project their personal hang-ups onto the Millenial nones and the lapsed Gen Xers. Maybe it’s because there’s not enough Gregorian chant. Or because children’s liturgies are destroying early experiences of reverence for the liturgy. Or maybe it’s because the music isn’t modern enough, and there aren’t children’s liturgies and cry rooms in every parish.

By sharing my own story of why I’ve left, by talking about the nature of my relationship with the church, and by doing so in a space where I’m still in dialogue with Catholics, I’m hoping to replace these speculations with something more solid. Obviously I speak primarily for myself, but also for others who have similar stories.

What I hope to offer is a more realistic, more authentic portrait of what causes a person’s faith to lapse and of how someone grapples with the loss of their religion. I want to share the grief of that loss, and the flashes of beauty and new growth that spring up in the wake of the devastation.

And I want to give Catholic an opportunity to accompany me, to walk beside the lost sheep. I want to acknowledge that I am lost, and to speak as somebody who cares about the church that she’s left rather than simply shaking the dust from my feet and sniping at Catholicism from the Protestant sidelines.

My editor at Patheos Catholic has agreed to allow me to do this. There may well be readers who aren’t in a space where they’re able to do the work of walking alongside me right now, and that’s fine. I realize that I am asking something of you, that your willingness to listen is a gift and that you have every right to refuse it.

If you’re finding what I write detrimental or scandalous, please don’t read. I know the value of faith, and I know that for many people the church offers much-needed healing and support. If you currently need to cling to the Rock of Peter for dear life, and my writing feels like a tentacle pulling you down into the frothing waves, then for God’s sake (literally) don’t subject yourself to it.

But if my writing brings you healing or solace, if it provides you with companionship, or serves as a constructive challenge that draws you to love and understand more deeply, then I am grateful for your company and your prayers.

Image by Michael Beckwith from Pixabay

March 6, 2019
Sexual Coercion and Spousal Rape: What the Church Needs To Do
Next Post

March 22, 2019 8 Ways Catholics May Enable Domestic Abuse
Recent Comments
0 | Leave a Comment
"Miss talking to you and have thought often of you and the children, I am ..."
Patricia Lee Crossing the Rubicon: Why I Will ..."
"COVID-19 has changed my point of view on this.I'm not willing to divorce an abusive ..."
Theodore Seeber Enabling Abusers: On Divorce and Remarriage
"Completely agree. Yes, inconsistency of the position of those Catholics (and I don’t dare to ..."
mcepl A Painfully Familiar Reason for Using ..."
"The hair-splitting comes when sex at naturally infertile times of the month is then considered ..."
Carl Antuar A Painfully Familiar Reason for Using ..."
Browse Our Archives
get the latest from
Catholic
Sign up for our newsletter
POPULAR AT PATHEOS Catholic
1