To Wank or Not To Wank

Bob considers himself to be a compulsive masturbator. His daily routine once he gets out of bed is to immediately go to confession. He lives in terror that one of these days he will get run over by a streetcar or suffer a heart-attack in between getting up and getting to church. He sincerely fears that if this should happen, God will send him to hell.

But wanking has none of this gravitas. There is nothing inherent in the act that makes it weighty, or indeed that provides it with a significant moral dimension of any kind. There’s no clear sense in which it violates any of the most basic principles of the natural law (principles which, for the record, I basically consider to be sound and universal with minor modifications.)

1. Wanking does not threaten individual life. Unless something truly bizarre happens, you cannot die or become ill by spanking your monkey.

Adultery in the Heart

It’s also just disrespectful: there’s a reason why we object strongly to having people take nude or semi-nude photographs without our permission. Even if they never publicize the picture, they’ve established that they have a sense of entitlement to our bodies, to use our image for their own purposes regardless of our consent or knowledge. Taking a mental snapshot and using the imagination to photoshop someone out of their clothes and into your arms is disrespectful in the same way, it’s just harder to detect.

The best argument in favour of this is JPII’s Theology of the Body. TOB situates sex as a kind of trinitarian icon: two become one and out of their loving union a third proceeds. Sex, according to this account, reveals something of the inner life of God — and when it is used simply for personal pleasure or for the satisfaction of animal instincts this is a sort of desecration. Something like drawing a mustache on the Mona Lisa.

The difficulty with this account is that it attempts to turn all sex into sacrament. We don’t do this with any of the other normal, quotidian activities that represent the nature of God in liturgical settings. We acknowledge one baptism, but that doesn’t mean we condemn bubble baths. We find the full meaning of food and nourishment in the Eucharist — but we don’t therefore conclude that it’s an affront to God if you scarf a bag of Doritos while watching the game.

In these other cases we recognize that the sacralization of ordinary human activities elevates them and leads us towards God via the everyday. But we still recognize that human beings are bodily creatures and that it’s legitimate for us to meet our creaturely needs in mundane ways.

Similar problem arise with natural law arguments. Yes, it’s certainly true that sex is necessary for the perpetuation of the species and that it is, by nature, ordered to that end. But in other cases we don’t have a problem with non-harmful uses of our faculties for frivolous purposes.

Chewing gum involves stimulating the taste buds while providing no nutritive value. But nobody suggests that it’s an “unnatural” use of our superficial digestive parts for debased pleasure and that it is morally repugnant.

Nor, for that matter, does anybody have a problem with humans using our most elevated faculty, our reason, to do random irrelevant things. By nature the rational faculty is ordered towards truth and wisdom. But it’s not therefore disordered to use it to solve cheesy logic puzzles or read pulp sci-fi. The recreational use of our rational faculty is not merely permitted; it’s widely recognized that this sort of intellectual leisure is necessary to our psychological and mental well-being.

When it comes to sex, though, a completely different standard is in place.

Nor is this necessarily correlated to worldliness, loose sexual ethics, or a lack of desire to do the will of God. If we look to ancient sources, it’s not uncommon to find mystics and saints literally beating themselves, isolating themselves, and starving themselves in the hopes that this will bring an end to their desire for sexual release. Some seem to have experienced actual hallucinations, often in the form of beautiful women who represented their unspent desire.

In the contemporary world, I’ve been in enough groups where people are attempting complete abstinence to know that very few achieve it, and that for most it seems to involve cycles of what, frankly, I think should be considered psychological self-torture.

The need to avoid sexual release sometimes literally becomes the focus of a person’s life, often to the point where it interferes with their ability to function or form relationships. In the case of heterosexual males, this often leads to intense misogyny; in homosexual males it drives homophobia, both external and internalized; in women it mostly seems to manifest as intense loneliness, anxiety, depression and self-loathing.

Many of the most misogynistic writings of the Church fathers often seem to come from men who literally tortured themselves in an attempt to avoid their own sexuality. St. Jerome’s views, for example, give a fairly clear illustration of a man tormented simultaneously by desire and by intense erotophobia. Unsurprisingly, some in the intensely misogynistic “redpill” community see his views as a template for their own hatred of sexuality and of women.

There does seem to be a small minority of people who report being able to completely abstain from any kind of sexual release, and some of those people report that this produces various benefits in terms of energy levels, productivity, feelings of well-being and so forth.

The biggest difficulty here is that we don’t really know what causes this effect. It could be the euphoria stage of a cycle of self-destructive behaviour. If the “sexual anorexia” thesis is correct, then sexual self-denial would produce up-front benefits in terms of feelings of control, powerfulness, invulnerability and distance from the stresses in life.

Certainly, this is my own experience of experimentation in ascetic practice: there is an intensely positive emotional state that comes with the feeling that you’ve succeeded in “self-mastery.” The fact that you can force your body to do things that it does not want to do, and prevent if from doing things it does want to do, makes you feel like you’re a badass.

The same sense of superiority and strength that is associated with the conquest of external enemies or the performance of difficult tasks is twisted around: the body and the “irrational” parts of the psyche are systemically alienated from the self and then dominated through various interior arts. When these prove insufficient, there is a strong impetus to escalate to literal violence against the self — the rock against the breast, the wrestling with thorn bushes, the application of whips and chains.

As a psychological coping mechanism, it offers short-term gains but at a cost. Emotional health involves confronting and dealing with the problems that face you, gaining control over your external situation or healing the emotional wounds that make you feel out-of-control. Extreme forms of asceticism, including sexual repression, allow a person to temporarily regain feelings of well-being basically by preying on the body instead of dealing with their problems.

Over time this can take a serious toll on a person’s physical and mental health. Indeed, some saints, like Catherine of Sienna and Kateri Tekakwitha, seem to have literally killed themselves due to excessive ascetic compulsions that their spiritual directors were unable to restrain, or that they tried to curb when it was already too late.

Of course, “nobody ever died of a lack of sex.” But the same unhealthy psychological themes that animate the more obviously destructive forms of asceticism are also often present in sexual ascesis.

The same cycle is easily observable if you join a support group for Christians who are, in one way or another, trying to bring their sexuality under control through complete abstinence. There are the same feelings of euphoria and interior freedom when abstinence is going well, the same increasing sense of powerlessness and fear as the monumental task of self-domination begins to crumble, the eventual inevitable loss of control, and then intense guilt and self-hatred.

Followed by feelings of euphoria and self-mastery….

Or, if you’re like Bob, just an endless cycle of sin, shame, confession, sin. Day after day after day.

October 8, 2019 Maybe It's Okay That Man Should Be Alone
Recent Comments
0 | Leave a Comment
"Dave, I'm Nathália Pakrauskas I had you add on Facebook but I deactivated it.I'm reading ..."
Nathália Pakrauskas Can I Write Smut?
"Well put. Though I would also add regurgitation to vomiting. They like to regurgitate bible ..."
Paul Hello world!
"He called a Canaanite woman a dog. Hardly elevating the dignity of women."
Paul Hello world!
"Youve certainly got a surprise coming; there is no God."
Paul Hello world!
Browse Our Archives
Related posts from Catholic Authenticity 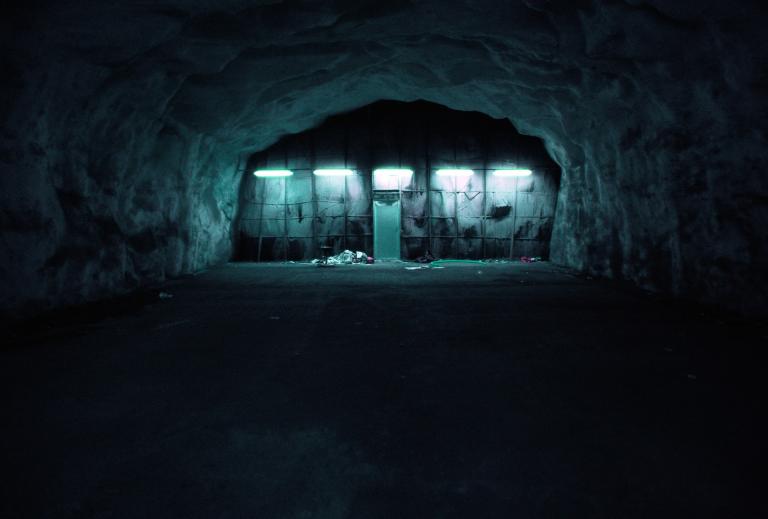