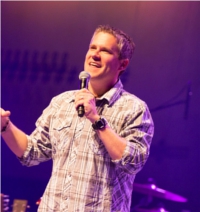 PETE:  You lead your book Behold the Mystery off with a general synopsis of its contents. In effect it was written to bring those bored by the Mass to a deeper understanding of what they are witnessing at Mass. This seems to be a problem that many people suffer from. What do you feel leads people to the state of boredom and dryness when it comes to the Mass?

MARK HART: We live in a screen-based culture saturated with noise and images. All of us, regardless of age, are constantly bombarded with messaging and communication at a frenetic and dizzying rate. We are slowly being conditioned and our senses are commonly overstimulated to such a degree that we begin to react to stillness and silence almost with a sense of anxiety. Many people would rather text than call. Facebook posts have replaced written letters for most people. Consider all of these cultural “shifts” that have taken place just within the last fifteen years. Now picture what happens when the brains and souls so saturated by media and messaging and noise enter into the sacred space of the Church, where mystery is unfolding powerfully yet gently – like the great prophet Elijah experienced encountering God not in earthquake or fire but in breath and whisper. The problem is that we approach mass with the eyes of our heads and not of our souls. This is not to say people don’t desire more from mass nor that they don’t care – they do; we are wired to worship and created to care. Many of we mass-going Catholics, however, have never been taught or, more to the point, walked into the sacred mystery of the Mass. We smell the smells and hear the bells but a majority of those souls in the pews are surviving on bread crumbs of knowledge and experience when the Bread of Life is offering us so much more. We are a culture designed for true intimacy but almost afraid of it and, as such, encountering the perfect love of God in the eucharist is almost unfathomable. Churches that lack mystery must resort to entertainment but the Catholic Church has mystery – we offer mystery par excellance but we attempt to solve this mystery rather than behold it. My prayer is that this book will help the soul and not just the head engage in the mass in new ways, opening the eyes of our souls to the incredible realities unfolding before us within the sanctuary.

PETE: Your book is one of the better overviews on the Mass I have read. How much time went into researching and writing it and was the finished product what you orginally intended?

Thank you so much, I’m humbled by those words. I spent over a year gathering bits and pieces of data, quotes and research but, really, I’ve been writing it in my head for several years. Countless daily masses I sat while the Holy Spirit connected the dots and inspired elements of the book. I would exit the Church and furiously write out bits and pieces of what God had “shown” me that day. Honestly, it was the most fun I’ve had writing a book to date as the process was so Spirit-led from start to finish. Interestingly enough it’s not at all what I had originally intended but I’m much happier with the finished product. I think when a book can be “simple” yet offer depth the Lord is really glorified – as a teacher who employed parables, I believe Christ not only understood the power of the story but empowered us to understand it (and model it), too.

PETE:  For those that have not read the book yet, could yo give a few suggestions on what people can do to prepare for Mass and make it more enriching?

MARK HART: I actually outline ten suggestions on “how to get more out of mass” in the appendix, but I’ll suggest three that anyone can start this week:

1. Get to the Church when mass isn’t going on. Get up close to the artwork and study the architecture. Learn more about the patron saint the Church is named after and get the “lay of the land” so that you can enter into your family’s house and family dinner more fully. Additionally, make it a point to take kids and grandkids there and do the same – the more then feel a sense of ownership in the house, the more they will enter in.

2. Sit up closer. The old adage of “good Catholics sit in the back” needs to go. I know some people are just more comfortable in the back but our faith is not about our personal comfort – if it was we would not have chosen a torture device as the sign of our faith. The closer we sit the better we can pay attention not only to the readings and prayers but to each liturgical movement, elevation and gesture – all of which are designed to draw our senses in toward the beauty mystically transpiring before us.

3. Read the readings ahead of time. I know many Catholics feel ill-suited to dive into Scripture as most were not properly catechized to do so. There are tremendous free resources available online these days, however, that will allow any Biblical novice to enter more deeply into the Sunday readings. Spend time in the six days prior praying with the readings and watch your entire mass experience be transformed and deepened.

PETE:  I found Chapter Five on the priesthood to be very enlightening. In particular the section “A Good Priest Isn’t Hard to Find” really made me stop and think about what a priest is expected to do. What are your thoughts on how important the priesthood is to Catholics today?

MARK HART: No one says mass like a priest (pun intended but intentional, too). The priesthood is as vital as marriage and the two sacraments complement one another. Without marriage we won’t have priests and without priests who will give our babies and families the Sacraments. I have a tremendous heart for priests. In fact, my best friends are priests and they are exceptional souls doing thankless work unseen by most. Chapter five was such a joy to write and, more to the point, to share with every priest I know. They are good men who often aren’t affirmed nearly enough. We need to remember that the Pastor isn’t just supposed to build up the parish, the parish is supposed to build up its pastor.

PETE: Would you like to take a moment to describe your work with Life Teen International and also your radio show “Fired Up!”?

MARK HART: I’ve been working professionally in youth ministry with Life Teen for just shy of 20 years. I never intended to go into youth ministry but God has other plans…and I’m glad He did. Teens are so honest and they can smell a fake from a mile away. They might be the last bastion within the culture who will tell you exactly what they are thinking right to your face with no guile and no duplicity. I love that. I learn a great deal from teenagers not only about where we as adults and as a culture are lacking but also how to view the world through a lens of possibility and not despair. We can get jaded as adults and, though we have the wisdom and life experience, we need the young to keep us young in attitude and heart.

As for “Fired Up” (our show on The Catholic Channel on SiriusXM 129), my wife (and co-host), Melanie, and I had been praying for more ways we could minister and serve side by side. We never thought about radio before and neither of us have a background in it but it sure is fun to get to do something like this as a couple. Even if no one listened to it, I’d consider ourselves incredibly blessed because it gives me another opportunity for the two of us to become one and learn to act and communicate as one. God has really stretched us through the show and I like that – when we stop allowing God to stretch us, think about what that says about our relationship and who our God really is?

PETE:  Are there any other book projects in your future you can share with us?

MARK HART: I actually have a book coming out later this summer entitled “Zealous: Following Jesus with Guidance from St. Paul”. I co-wrote it with my good friend and theologian, Christopher Cuddy. We pray it will not only introduce cradle Catholics to the (often confusing) writings and ministry of this great missionary saint, St. Paul, but also shed light on what we really believe as Catholic Christians, why we are here, what God “wants” for and from us and what it “looks like” to live out the faith in practical ways each day.

Following that I am currently writing a new book for Our Sunday Visitor about different encounters that Biblical characters had with our Lord and what they are supposed to teach us – still – two thousand years later. It is slated for release next year.

Finally, I’m writing and recording a new DVD-based Bible study for Catholic teens that not only explains the mass in greater depth but helps them to have a more transformative and personal “encounter” with the Lord within the liturgy. I’m doing it with Ascension Press and it will release in spring 2015.

PETE:  Time for my signature ending question. This is a blog about books. What is currently on your bookshelf to read?

MARK HART: The Bible. No, seriously, I won’t read any other book if I haven’t spent at least 10-15 minutes in my Bible that day. It’s a personal rule. We must never confuse other books and their importance in comparison to Scripture. That’s not to sound pious, only to hold myself in check.

Beyond that, I’m re-reading both “Wellspring of Worship” by Jean Corbon (a spiritual classic in my opinion), The Everlasting Man by G.K. Chesterton and I just began Living in the Father’s Embrace by Fr. George Montague.

Other titles by Mark Hart:

Truth be Told: Basics in Catholic Apologetics
Blessed Are the Bored in Spirit: A Young Catholic’s Search for Meaning
Embracing God’s Plan for Marriage: A Bible Study for Couples (Word Among Us Keys to the Bible)

June 26, 2014
Weekly Giveaway - Behold the Mystery & Jesus Speaks to Me about the Mass
Next Post

July 2, 2014 CBB Review - Clare's Costly Cookie
Recent Comments
0 | Leave a Comment
Browse Our Archives
get the latest from
Catholic
Sign up for our newsletter
POPULAR AT PATHEOS Catholic
1