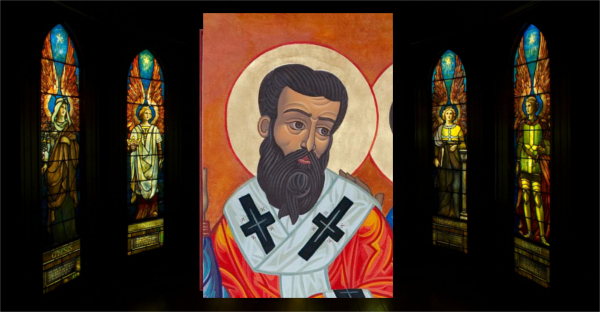 In ancient times as well as our own, people brought forward supposedly scien­tific arguments against the resurrection. St. Gregory of Nyssa answers them: don’t judge God’s capabilities by your own.

Because human reason is so weak, there are some who—judging divine power by the limits of our own—insist that what is beyond our capacity is impos­sible even for God. They point to the fact that the dead of past ages have disap­peared, and to the ashes of those who have been cremated. They bring up the idea of carnivorous animals, and the fish that consumes the body of the shipwrecked sailor—the fish then becoming food for people, and passing by digestion into the mass of the one who eats it. They bring up many similarly trivial things to over­throw the doctrine of the resurrection—as though God could not restore man the way he made him in the first place.

But we make quick work of their convoluted logical foolishness by acknowl­edging that the body does indeed dissolve into the parts it was made of. Not only does earth return to earth, as God’s word says, but air and water also revert to the like element. Each of our parts returns to the elements it was made from.

But although the human body may be scattered among vultures, or the most savage beasts, by becoming their food; and although it may pass through the teeth of fish; and although it may be changed by fire into smoke and dust—wherever you may suppose, for the sake of argument, the man has been removed, he cer­tainly remains in the world. And the world, as the voice of inspiration tells us, is held by the hand of God.

If you, then, know what is in your hand, do you suppose that God’s knowl­edge is weaker than your own power? Do you suppose that it would fail to discover the smallest things that are in the palm of God’s hand? –St. Gregory of Nyssa, On the Making of Man, 26

Do I really trust in God’s perfect knowledge of every circumstance?

Lord, help me prepare for my death with an appropriate fear of judgment, but an even greater trust in your mercy. Bring me safe through my death to the eternal joy of heaven.

This recurring feature at The Catholic Book Blogger is possible through the cooperation of author Mike Aquilina and publisher Saint Benedict Press. To get your own copy of this book, click below.