CBB Review – The Love That Made Mother Teresa

In his book The Love That Made Mother Teresa

: How Her Secret Visions and Dark Nights Can Help You Conquer the Slums of Your Heart, David Scott looks at the life of this Blessed in light of Scripture. By referencing Scripture passages such as Matthew Chapter 25 he shows how Mother Teresa’s work brought the plight of the poor into public awareness. David also shares a few little known stories about her that paint a more complete picture of the struggles and thought of this modern day saint.

In our modern age where everything is captured via soundbite, we were exposed to ample coverage of Mother Teresa. She effectively used those opportunities to bring our focus to the poor of Calcutta. David points out in the book that her mission for the poor was actually nothing new. Mother was in effect renewing the philosophy of the early church, a philosophy that had fallen to the wayside. In the early church almsgiving for the poor was expected and practiced In obedience to the direction of Jesus Christ. “Amen, I say to you, whatever you did for one of these least brothers of mine, you did it for me.” (Matt. 25:40) Mother Teresa brought this message to a generation that had steadily begun to forget their poor brethren, particularly those in the West.

I found the following words of Mother Teresa That David references to be quite profound: “The streets of Calcutta lead to every man’s door, and the very pain the very ruin of our Calcutta of the heart witness to the glory that once was and ought to be.” In the ruins of our Calcutta of the heart, we can no longer see the glory that had been given to us like a divine gift – the gift of a God who comes to us in the poor and in bread and wine.”People don’t know they have lost their faith,” she said to us.

David continues: In the mirror she held up to our age, we are so many camels straining through the eyes of a needle, serving mammon but not knowing it. We no longer have time to care for each other, for smiling, for touching, for serving God. She called us the poorest of the poor. “These people are hungry not in the physical sense but they are in another way,” she said. “They know they need something more than money, yet they don’t know what it is. What they are missing is a living relationship with God.”

The book closes with a chapter revealing the suffering Mother Teresa felt through her own period of darkness. For years she endured the pain of silence from the God who had called her to serve the poor. This was only revealed after her death and had been safe guarded with her spiritual director. This shows what a remarkable person Mother truly was. A true saint who continued with her mission despite all the troubles and hardships surrounding her as well as the emptiness she felt inside.

David Scott’s book The Love That Made Mother Teresa is one I would suggest you read for a good look into the life of this modern day saint. Mother Teresa’s love for the poor and deep commitment to them may be well known but David manages to shed some new light on the reasons why. He establishes the point that God sends people at certain times to accomplish great things. Mother Teresa came at a time when the least of our brethren were neglected at best and ignored at worst. Thank you David for this insightful book about this beloved modern day saint. 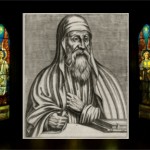