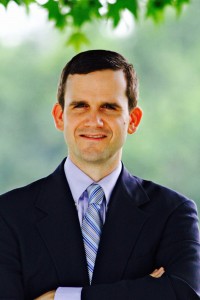 PETE: With nearly 5000 handwritten pages to go through, how did you decide what to include in the book My Battle Against Hitler and how long did the project take?

JOHN HENRY CROSBY: You can imagine how difficult it was to select material for a book of just a few hundred pages! That said, Dietrich von Hildebrand’s memoirs begin with his childhood and cover in great detail the period of his youth, university years, and, only toward the end, his battle against Nazism. Thus, from the point of view of this volume, most of the memoirs were not contenders for inclusion.

We were helped by the fact that much of what appears in My Battle Against Hitler was published in a German volume which appeared in 1994. That volume, which is part of an important scholarly series on contemporary history, was not sufficiently discovered in the German-speaking world and totally overlooked everywhere else. My Battle Against Hitler is far less scholarly than the German edition inasmuch as we wanted to present the moving and inspirational figure of Dietrich von Hildebrand to a broad readership. But many of our footnotes, and much key historical information which played a role in our presentation of the material, derives from this German edition.

If I had to speculate, I’d say that about 10% of what appears in My Battle Against Hitler surfaced during my research over the past decade. There is, for instance, a key encounter between Hildebrand and Cardinal Eugenio Pacelli which took place in 1922 that I discovered in Alice von Hildebrand’s files. The account of Hildebrand’s dramatic escape from Vienna in March 1938 probably features the most new sources—including a fabulous letter written by Hildebrand’s nephew Michael Braunfels who was present during his uncle’s escape from Vienna. And, of course, My Battle Against Hitler features some of the very few surviving photos of Hildebrand from the 1930s, along with images of extraordinary documents I discovered during my research.

PETE: Dietrich von Hildebrand’s story is one that in my own education never came up on my radar. Why do you think this is and why is the time right now for us to learn about him and his stand against Hitler?

JOHN HENRY CROSBY: Hildebrand’s fight against Nationalism Socialism didn’t come up on your radar because it’s all but unknown. It’s only with the publication of My Battle Against Hitler that Hildebrand will be finally “discovered,” not only in Catholic circles (where there is some awareness of his heroism, largely thanks to Alice von Hildebrand’s biography, The Soul of a Lion) but also by a broad mainstream audience.

Hildebrand’s story would be relevant in any time and place. This is because it deals with challenges that will face humanity to the bitter end. We certainly do not live in Nazi Germany, most of us will never be asked to make sacrifices of the magnitude of Hildebrand’s, but we can never forget that government is an imperfect protector of our freedoms and that even in the freest societies we must strive to remain morally alert and ready to go against the crowd in following the demands of conscience.

PETE: Could you tell us about the Dietrich von Hildebrand Legacy Project? What is the goal of the Hildebrand Project?

JOHN HENRY CROSBY: Since this is a blog about books, I’m proud to say that the Project aims to bring Hildebrand’s entire corpus into print—both in printed and digital formats. Many of Hildebrand’s English books are out of print. Here the aim is to bring them back, not just as reprints but as new editions, complete with new introductions to help contemporary readers engage his thought.

In addition, much of Hildebrand’s writing remains untranslated into English from the original German. My Battle Against Hitler is, of course, the most visible fruit of our translation efforts, but we will also be publishing Hildebrand’s Aesthetics, a magisterial work in two volumes, in the spring and fall of 2015. A very important work that remains to be translated is Die Metaphysik der Gemeinschaft (The Metaphysics of Community, first published in 1930), in which Hildebrand worked out the philosophical fundamentals that empowered his writings against Nazism.

As our work in publishing has progressed, the Project has also evolved. Today we see publishing as just a first step toward the presentation of Hildebrand’s ideas through conferences, seminars, scholarship, and grants. We are a publisher in order to be a purveyor of ideas.

PETE: Undoubtedly there is plenty of Dietrich von Hildebrand’s material left to draw from. Will there be any future books coming from you or the Legacy Project on von Hildebrand?

JOHN HENRY CROSBY: I just mentioned The Metaphysics of Community, and there are several other major works that need to be translated, including Moralia, Hildebrand’s last work in ethics.

I should note that our publication of Hildebrand’s Aesthetics will mark the debut of our own publishing house, Hildebrand Press. Future editions and new translations will all appear in Hildebrand Press. We are not primarily entering the publishing marketplace as a for-profit publisher—and any profit we generate will be rolled back into preparing further publications. We intend to deliver the same high quality content we would entrust to any publishing partner, while preserving key freedoms like being able to control pricing (i.e. making books as affordable as possible) and making free electronic versions of our books available at our website.

November 16, 2014
Church Fathers, Day One Hundred Eighteen: Hermas wants us to be cheerful
Next Post

November 17, 2014 Church Fathers, Day One Hundred Nineteen: St. Cyril of Jerusalem tells us to praise according to our ability
Recent Comments
0 | Leave a Comment
Browse Our Archives
get the latest from
Catholic
Sign up for our newsletter
POPULAR AT PATHEOS Catholic
1