Welcome back to “The Clergy Speaks”, a recurring feature here at The Catholic Book Blogger. “The Clergy Speaks” is a column focusing on one question I have asked various members of the clergy. That question is: What five books would you recommend as must-reads for Catholics today? I left the responses open to current or classic books with the only restriction being that the Bible and the Catechism could not be used as they are a given. This week we welcome Bishop Dominic M. Luong.

Bishop Luong was appointed Titular Bishop of Cebarades and Auxiliary Bishop of Orange on April 25, 2003, was ordained on June 11, 2003 at Saint Columban Church, Garden Grove. His coat of arms is “You are strangers and aliens no longer” (Eph. 2:19).

Bishop Luong was born in Vietnam on December 20, 1940. He attended French-Vietnamese Elementary School in Vietnam, Holy Family Seminary High School, Vietnam, diocesan seminary, Buffalo, New York, and St. Bernard Seminary, Rochester, New York, where he studied Philosophy and Theology. He pursued post-graduate studies at Canisius College in Buffalo, earning a Master’s Degree in Science. Bishop Luong was ordained a priest on May 21, 1966 in Buffalo, for the Diocese of Danang, Vietnam, but circumstances in that country prevented his returning there. Eventually he was incardinated in the Archdiocese of New Orleans.

These are five Catholic books that have changed my life:

by Dr. Frankl Victor. Dr. Frankl was not a Catholic. He wrote this book while being incarcerated in concentration camp during Hitler’s regime. His survived was due to his method of meditation.

2. Return to the Center

by Bede Griffits, OSB. Christ is the center of human being. This is a wonderful book for one who searches for the life of prayer and union with God.

3. The Phenomenon of Man

by Pierre Teilhard Chardin, SJ. It is about his theory of Christ-centered evolution of the whole universe. The cosmic evolution searches for redemption.

4. The Language of God: A Scientist Presents Evidence for Belief

by Francis Collins. He was an atheist and the first director of Genomes. He became a convert due to such person as Blessed Teresa of Calcutta, D. Schivitzer, etc.

by Thomas Merton. This book has taught me how to contemplate. Through this book, I founded the Lectio Divina group in my Diocese which has been a powerhouse for spiritual movement. 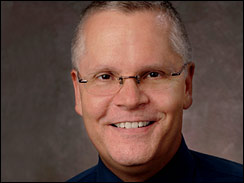