CBB Review: Marry Him and Be Submissive 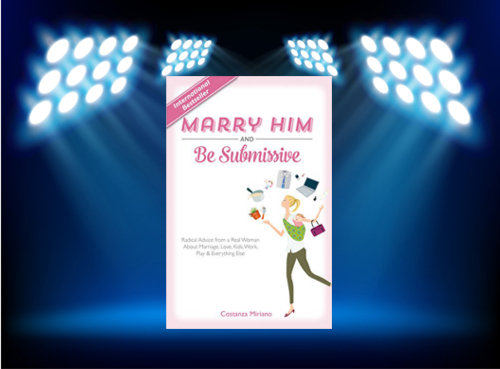 I literally jumped at the chance to read and review the book, Marry Him and Be Submissive by Costanza Miriano, an Italian journalist living in Rome who is married with four children.  It was a hit in Italy where it was published in 2013.  It was just translated into English and is hitting the US book stores now.  It caused an uproar in Spain and I don’t doubt it will do something similar here in the US, while at the same time also receive nods of agreement from many married women.  The reason I was eager to read and review this book is because of my background, training, and experience.

When I got married I was in my mid-twenties and in the military.  I was a Military Police Officer that had graduated from West Point, led over 30 men in wartime (first Gulf War) and peace time, and jumped out of perfectly good airplanes on a very regular basis.  I was very used to being in charge and received high praises for my work ethic and leadership skills.  Along comes a very handsome, highly respected fellow officer who swept me off my feet and 23 years later we are still very happily married.

I mention all this because you need to know that I was in the most masculine profession doing the most masculine tasks alongside very masculine men.  I went into the marriage with the understanding that I was his partner, a co-leader if you will, and let me just tell you that being submissive was not in the wedding vows I hand wrote myself.  After about 10 years of marriage and three babies later I couldn’t understand why there was this grinding away of will against will and so, remembering that I said my vows in front of God and man, and man’s way wasn’t working so well, I turned to God and His Word and found, in St. Paul’s Letter to the Ephesians, the same words that Costanza Miriano bases her book on.  I discovered that being submissive was exactly what I needed to be if I wanted to have a chance at giving my children the best gift a parent could ever give their child – parents with a good marriage.

Now telling women of today to be submissive to their husband is not something I do too much for fear of losing my friends, but Costanza tackles this topic nicely and with much humor.  It’s a tough topic, but married women need to hear it!  Submission doesn’t mean being a doormat and the author makes that very clear.  (Let me say that again – submission does not mean being a doormat.) Her book takes the form of letters written to friends in various stages of life – engaged, newly married, new at parenting, well into marriage where things can get stale, etc.  She loves to give advice and these letters are full of advice along with stories of her own experiences which include the comical and numerous mistakes she has made along the way, like we all have.  Truth is Truth and there is no getting around it and she makes that clear, too. (And lest we forget that it does take “two to tango”, Costanza also wrote Marry Her and Die For Her which is not published yet in English.)

I am glad I jumped at the chance to experience this book, Marry Him and Be Submissive.  It is fun, engaging, and honest, and honesty in today’s world is a breath of fresh air!  Enjoy! 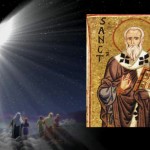 We Should Engage The Grace We Have Been...
Jesus, in his parables, told us that we must take the gift...
view all Catholic blogs
What Are Your Thoughts?leave a comment
Copyright 2008-2021, Patheos. All rights reserved.
Close Ad