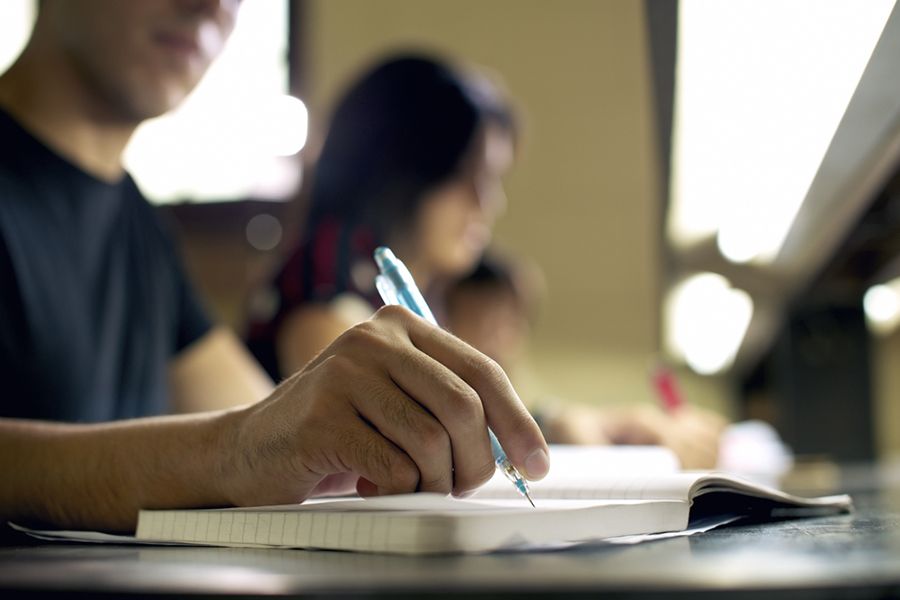 Washington D.C., Dec 6, 2016 / 12:32 am (CNA).- More than 100 presidents of Catholic colleges and universities have reaffirmed their support for undocumented students in light of questions about the future of U.S. immigration policy.

“Many of us count among our students young men and women who are undocumented, their families having fled violence and instability,” said the statement released by the Association of Catholic Colleges and Universities.

“We are committed to educating these young people, brought to the United States by their parents, who come to our universities to build for themselves and us a brighter future.”

The policy aimed to allow some children of undocumented immigrants – that is, children who were born in the U.S. and have met certain conditions – to stay for up to two years without deportation.

In June 2016, in a split 4-4 vote, the U.S. Supreme Court upheld a hold delaying the policy from taking effect. It is also in doubt whether this policy will continue under the incoming administration of President-elect Donald Trump.

The Catholic university presidents and other leaders voiced hope that the students qualified under the policy will be able to continue their studies uninterrupted and that many more students in such a situation will be “welcome to contribute their talents to our campuses.”

These students “seek to contribute to American society, to the life and mission of the Church, and to their own formation and growth,” they said.

“We pledge to support these students – through our campus counseling and ministry support, through legal resources from those campuses with law schools and legal clinics, and through whatever other services we may have at our disposal.”

Their statement cited Catholic higher education’s centuries-old presence in American life and its traditions of educating students from a diversity of backgrounds, including “those on society’s margins, especially immigrants and underprivileged populations.”

Pope Francis also made relevant comments at Philadelphia’s Independence Mall during his September 2015 visit to the U.S., the statement noted. Addressing Hispanics and representatives of immigrants in the audience, he said:

“Many of you have emigrated (I greet you warmly!) to this country at great personal cost, in the hope of building a new life. Do not be discouraged by whatever hardships you face. I ask you not to forget that, like those who came here before you, you bring many gifts to this nation.”

December 5, 2016
How the new bishop of Arlington hopes to heal division in society
Next Post

December 6, 2016 Why France's 'Zombie Catholics' are so powerful
Browse Our Archives
get the latest from
Catholic News
Sign up for our newsletter
POPULAR AT PATHEOS Catholic
1