Editor’s Note: This piece was originally published as part of the series “Or Stories About Race” from the Cooperative Baptist Fellowship of Arkansas.

I grew up in the Arkansas Delta, in St. Francis county, just outside of Forrest City. Of course, St. Francis County is thought to be named after the great 13th century saint- St. Francis of Assisi- who sought to embody the way of Christ in every aspect of life. He established an order within the Catholic church that demanded a vow of poverty, and he saw in every creature a reflection of God’s image. He was known to preach to the birds and spoke of “brother sun” and “sister moon.” Essentially, he emphasized the sacred nature of all things because all of life shares a common source.

Forrest City is named after Nathan Bedford Forrest, a celebrated Confederate general who became an almost mythical figure in the waning days of the war.  He was also the first grand wizard of the Ku Klux Klan and, to one extent or another, was a sympathizer with their white supremacist agenda.

For centuries, our forebears saw no dissonance between the idea that God created all people in God’s image and the idea of white supremacy.  Both of these threads of history composed the fabric of the South. White supremacy and Christianity drank coffee at the same diners and slept in the same bed.  Most often, they were both at home in the same pew and the same soul. The South pretended as if the way of Francis and the way of Forrest were completely congruent with each other. There was a church on every street corner. People who couldn’t care less about Jesus knew a thing or two about the Bible.  “Folk Christianity” was a way of life. On the other hand, the same people who read their Bibles, claimed Jesus as their Lord, and went to church Sunday after Sunday saw no conflict with the pervasive, strategic, and systemic enslavement of an entire race of people. Those who worshiped God on Sunday dehumanized the very ones who bore his image. The very ones who preached Christ crucified failed to see that they were on the wrong side of the cross. The very ones who worshiped a God who does not show favoritism shaped a society that that was built on sinful inequity. Those who heard sermons on the God who liberated the slaves from Egypt had no problem enslaving people on their own.

To be sure, this racism existed in the souls of people all over the South. However, it also crept into the systems which formed their society. Economic, judicial, educational and political structures all buttressed this racialized society. People created the systems, but in turn, the systems created the people.

After a century of reflection, we find the dissonance between these two ways of life staggering, but for much of our history, people were quite comfortable with both of them. Even after the days of slavery ended, the criminalization of black folks and segregation continued in the Jim Crow South. Again, white Christianity was largely complicit in and supportive of these injustices, oftentimes serving as their greatest ally.

Today, when many people think of racism, they imagine the bad attitudes of bad people. Racism is something that dwells in the minds of vile sinners, something evil people consciously perpetuate. However, many people have yet to consider all the ways racism still exists in our systems. Centuries of societal injustice do not vanish simply because individual people change their attitudes. The systems must change as well. Again, people create their systems but systems also create their people.

Consider these inarguable and verifiable realities of our day:

This list of factors is only the tip of the iceberg. What this data reveals are the ways in which disparities in educational opportunities, economic prosperity, and the justice system (from the first contact with police to the final clank of the prison door) create vicious cycles of oppression for people of color.

To be sure, many whites place the blame on the black community, forgetting the sinister history that preceded us and continues to shape our society.  We do not all begin at the same starting line. One of the ways we prevent having to repent of our sins is to develop the sort of amnesia that can’t remember them.  You can’t repent of what you refuse to remember. You can’t denounce that which you deny exists.

Some whites continue to pretend as if racism is a thing of the past. After all, we don’t usually see evil people explicitly treating racial minorities in disparaging ways. However, this fails to address the systemic racism that continues to plague us. When the deck is stacked against you, the attitude of the dealer doesn’t matter much. The systems of our day have been shaped by centuries of shameful oppression, violence, and neglect. Our racism is not so much personal, as it is systemic. When your systems are racially unjust, your racism need not be overt. All we need to do…is nothing at all. All we need to say…is nothing at all. We can be polite. We can be friendly. We can be kind. But if we refuse to live with some just intentionality, our systems will continue to do our racism for us.

And part of our privilege as white people is the freedom to speak up…or not…because remaining silent has no tangible impact upon our lives. Doing nothing is a choice we have because we sit in a culturally privileged position. The question for us is what we will do with that position. Will we listen to people of color- who know much more about racism than white folks because they live with its effects constantly- for potential solutions? Will we turn a blind eye towards the realities that confront us? Will we stand in solidarity with our brothers and sisters of color? Will we live into the full implications of the faith we proclaim?

The good news, amidst all the bad, is that while racism is both personal and systemic, so is the gospel of Jesus Christ. At one and the same time, it addresses the depths of our souls and the breadth of our systems. It is what liberates those who are weighed down by oppression and those who are constrained by their guilt. It is what sets all people on equal footing. It is what invites us to live into God’s grand future.

From my vantage point, Jesus is our only hope in disentangling the ways of Francis from the ways of Forrest. He is the very one- and the only one- who can save us. 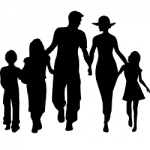 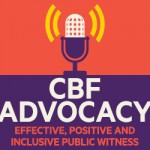 January 30, 2017 Cooperative Baptists minister to refugees and immigrants despite order barring travel to the U.S.
Recent Comments
0 | Leave a Comment
Browse Our Archives
get the latest from
Progressive Christian
Sign up for our newsletter
POPULAR AT PATHEOS Progressive Christian
1