LITTLE ROCK, Ark. — Cooperative Baptist Fellowship leaders and other faith leaders from across the country held a religious freedom rally and press conference Friday on the front steps of the Arkansas State Capitol in Little Rock, Ark., to show their support for state Circuit Judge and Pastor Wendell Griffen’s right to express his religious beliefs as an elected official.

Griffen is pastor of New Millennium Church in Little Rock, a CBF partner congregation. He faces disciplinary action from the Arkansas Judicial Discipline and Disability Commission for participating in a Good Friday prayer vigil with members of his congregation in front of the Governor’s Mansion, where Griffen laid on a cot silently in solidarity with Jesus Christ, after deciding on a case related to property rights over execution drugs.

“Baptists pastors/ministers Dr. Martin Luther King, Jr. and Rev. Will Campbell exercised their religious liberty as they applied Christian and universal human values to the relationships and issues of their time. They were controversial. They were misunderstood. The authorities told them they had gone too far. But their ways, their truths and their lives stand the test of time. Today, we highlight this value that is dear to Baptists in support one of our pastors, one of our brothers, who seeks to exercise his freedom of religion as a Jesus-follower, citizen, judge, pastor, husband, father, neighbor. Judge and Pastor Griffen, along with his congregation, New Millennium Church, expressed their religious beliefs during the evening of Good Friday.”

“Thanks to our Constitution, Judge Griffen need not sacrifice his faith in order to be a dedicated public servant, nor should he be asked give up his other calling as pastor to New Millennium. In fact, we need more Christians and more elected officials that understand this distinction and live with similar dedication.”

“Religious liberty is good for everyone, but it is easier in theory than in practice. When Judge Griffen exercised his religious freedom to protest the death penalty in a nonviolent way, he modeled for us precisely the kind of dissent we must protect. That protest was his right, and the manner in which he protested was also right. Religiously motivated moral dissent should provoke reflection, not reaction or retaliation. This is how democracy works. When any subject is off limits or any citizen is limited in exercising free speech, democracy does not work.”

“Wendell Griffen, as a minister, shares his message from the prophetic perspective of Isaiah, Jeremiah, and Ezekiel. His Good Friday demonstration, held with the presence and blessing of his congregation, was his attempt to express the religious theme of the day. Knowing Rev. Griffen is to be fully aware that his judicial objectivity is not tempered by his religious conviction, nor are his religious convictions governed by his judicial activity. He has the unique ability, necessarily so, to differentiate from the two. We stand in solidarity with our colleague this day and all the days to come as he exercises freely his religious rights.”

“We gather today to stand for religious liberty and with our friend Wendell Griffen, who, though both a pastor and a judge, is most often known for being a prophetic voice in the wilderness. He often speaks from the fringes of society because the people who live out there are his friends. He sees them and hears them. His faith leads him to convictions that are often not shared by those in the seats of power. That unique perspective, however, doesn’t preclude him from sitting on the judicial bench, especially given the fact that the people of Central Arkansas elected him there —twice.

“Conviction of conscience and the rule of law are not enemies. One can be BOTH convictional about the issues and impartial about how the law pertains to any person standing in a courtroom. Only a modicum of imagination is necessary to contemplate all the ways judges and juries must apply the law fairly and equitably regardless of their personal beliefs. Judge Griffen’s track record in the courtroom indicates that he has, does, and will apply the law justly to any and every case before him. What does indeed stretch the imagination, however, is the realization of what judicial activity causes a stir amongst our legislators and what judicial misconduct goes unnamed and undisciplined by comparison.

“As a Baptist minister, I believe first amendment rights apply to ALL people. But they are especially pertinent to and protective of voices from the wilderness, even when that voice is wearing a judicial robe. One need not cease being a fierce prophet in order to be a fair judge.”

“I stand here today in support of my Baptist colleague and brother in Christ, Judge Wendell Griffen. I strongly support his right to religious freedom, to cling tightly to his religious convictions opposed to the taking of human life. Religious freedom is the bedrock principle upon which our society was built. It is our First Freedom. It is the cornerstone of our Baptist beliefs.

“As the popular saying goes, ‘When anyone’s religious liberty is denied, everyone’s is in jeopardy.’ Judge Griffen’s religious liberty is under attack at the hands of the Arkansas Judicial Discipline Commission — all because Judge Griffen had the audacity to participate in a prayer vigil on Good Friday in front of the Governor’s Mansion as the state was planning to execute eight inmates. He did so in his role as a Baptist pastor and alongside his congregation, members of New Millennium Church. Judge Griffen deserves our support and prayers. We are called do justice, love mercy and walk humbly with our God. Judge Griffen’s religious freedom is in jeopardy and so is ours.”

CBF is a Christian network that helps people put their faith to practice through ministry eff­orts, global missions and a broad community of support. The Fellowship’s mission is to serve Christians and churches as they discover and fulfill their God-given mission. 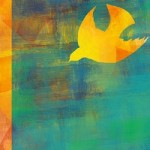 June 12, 2017 Most Common Mistakes of Church Starts (Part 2)
Recent Comments
0 | Leave a Comment
"thanks for coming to the table that us secular humanist, non-godite folks have been at ..."
crackerMF Repent, and Believe the Good News: ..."
"“Golden Opportunity”https://truthinus.wordpress..."
Kathryn Hauser When Jesus Broke Up the “Boys-Will-Be-Boys” ..."
"This is gonna get n me yelled at, but...Forget Jesus as the religious Prophet and ..."
Kyllein MacKellerann " When Jesus Broke Up the “Boys-Will-Be-Boys” ..."
"Wow! Great post. I didn't know until the end you were male. That in itself ..."
morgan k Wyatt When Jesus Broke Up the “Boys-Will-Be-Boys” ..."
Browse Our Archives
get the latest from
Progressive Christian
Sign up for our newsletter
POPULAR AT PATHEOS Progressive Christian
1