Another interesting casting choice is Colm Meaney as Father Francis Morgan, the Catholic priest who raised Mr. Tolkien and his brother Hilary after they were orphaned.

I know it will become very fashionable to prejudge the movie, to dismiss it, sight unseen, based on the trailer, which is all of fifty-five seconds. Some have already started, if what I’ve seen on Facebook is any indication. I am tempted to join them. Because we all want to be with the cool kids, especially when their predictions of failure turn out to be true. We don’t want to be the one that everyone points to and says, “See? We told you so!” when it comes time to blast someone else’s hard work.

Plus, trying to capture, in a two-hour movie, a complicated figure such as J.R.R. Tolkien—his life, beliefs, feelings, work, and everything in him and around him that went into the creation of his vast legendarium—would be, I think, very tricky to pull off.

So, it’s tempting to join them. But I won’t.

Fans of Mr. Tolkien are drawn to him for a great many reasons. For some it’s the scholarship, especially the linguistic scholarship. Others enjoy the characters or the songs and poems. Some simply like the story (which is the best reason. If the story is no good, then all the rest is for naught).

I love him for all those reasons. But for me the attraction also is deeply personal. It was thanks to reading Tolkien that I returned to the Catholic Church after nearly a decade away. The journey that ended with me making a teary-eyed confession on Easter Sunday in 1992 began two years earlier with the words, “In a hole in the ground there lived a hobbit.”

Judging by the trailer, Tolkien will focus on Mr. Tolkien as a young man, specifically his school days and his experiences in World War I. Brief clips shift between him with school friends and him in the trenches. And in what appears to be an effort to imagine what may have been going on inside his head amidst the slaughter, the trailer features scenes of sword-fighting knights on horseback, and some sort of demon face in the fire and smoke from an explosion.

This may be a dodgy direction to venture into, imagining what goes on the the minds of men under fire, including Mr. Tolkien. The best way to understand how the war influenced him is to read his books. He was in the Battle of the Somme. The chapter, “The Dead Marshes,” from The Two Towers, is him reliving that experience.

Mr. Tolkien wrestled with the war the rest of his life. As he wrote in the Forward to the Second Edition of The Lord of the Rings, “By 1918 all but one of my close friends were dead.”

But it was not the only influence, nor was it the most important. There were various literary clubs both in boyhood (as the trailer shows) and adulthood, the Inklings being the most famous. But he also loved stories and legends, mythology. The mythology he himself created began as a way to add flesh and blood to languages he invented. He had a special talent for languages, being fluent in thirteen (fourteen if you count modern and medieval Welsh as two) with a working knowledge of six more.

But a movie that includes all this will still be a failure if it ignores or dismisses what were probably the two most important things in Mr. Tolkien’s life, his Catholic faith and his love for Edith, who was the inspiration for Lúthien Tinúviel.

We’ll see. I am going to keep an open mind and hope for the best. I may be disappointed, I may not be. But what I will not do is join people, who know far less about Mr. Tolkien than they think they do, and take cheap shots based on nothing more than a fifty-five-second trailer. 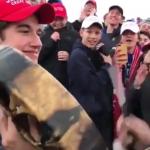 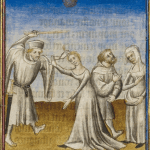