Blood cries out: the Confederate flag in the U.S. Capitol

Take a good, hard look at the photo that accompanies this article. That flag. Carried by that man. In the United States Capitol on Wednesday. This is only one of thousands of pictures or videos from Wednesday’s coup attempt, when a massive mob of supporters of President Trump stormed the U.S. Capitol, interrupting a joint session of Congress that had convened to certify the 2020 presidential election.

These terrorists (and yes, it was an act of terrorism) broke windows, occupied both chambers of Congress (Vice President Pence and congresspersons having been whisked to safety), ransacked offices, and even, according to one account, urinated on the floor.

Outside the Capitol, the terrorists slashed police vehicle tires and erected a gallows. It was six hours before order was restored enough for visibly shaken congresspersons to resume the Electoral College vote count.

And what remains most striking—obscenely striking—is the presence of the Confederate Flag in the U.S. Capitol.

More than a hundred thousand Union soldiers—many of whom are laid to rest across the Potomac River at Arlington Cemetery—gave their all to keep *that* flag from ever entering that building.

They died by the tens of thousands at locations etched into American history: Shiloh, Vicksburg, Chancellorsville, Fredericksburg, Antietam, Spotsylvania, Fort Wagner, Chickamauga, Gettysburg, and hundreds of other battles from Virginia to New Mexico.

Gettysburg is the largest battle ever recorded to have taken place in the Western hemisphere: 170,000 men cutting each other to pieces for three days in a struggle to decide what kind of country we would be.

Total losses at Shiloh, the first big battle of the Civil War, was close to 24,000 men—as many as Wellington lost at Waterloo. And there were a dozen Waterloos to come.

Most notably, some 200,000 African Americans would serve in the Union army by war’s end. They were given no quarter at slaughterhouses such as the Battle of the Crater and especially at Fort Pillow, where 300 African American Union soldiers were killed after they surrendered. At the second Battle of Fort Wagner, the dead of the 54th Massachusetts, including their white commander, were buried in a mass grave.

Their blood cries out

I am told by a friend that the closest the Confederate flag came to the Capitol building during the Civil War was six miles away, at Fort Stevens. Now it has been in what President-elect Joe Biden called “the Citadel of Liberty,” carried by MAGA supporters of Donald Trump, who is the first president in U.S. history to foment, encourage, and goad on an armed insurrection against the United States.

It is the first time in 224 years that we have not had a peaceful transfer of power from one president to the next.

It is the first time the U.S. Capitol has been overtaken since the British burned Washington in 1814.

And the British were far worthier adversaries.

This cuts especially close to the bone because I too served—in the U.S. Marines. I too once raised my right hand and swore to defend this country—with my life if need be. Only to live to see this.

In Arlington National Cemetery and in countless cemeteries across the United States, the blood of our Union fallen cries from the ground. 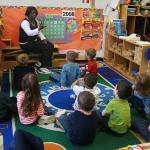 November 21, 2020
Dale Ahlquist is on a mission - sadly, it's the wrong mission
Next Post 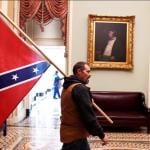