A few days ago I published a piece in which I explained how a Catholic may vote for Joe Biden, or any other pro-choice politician, with a clear conscience. Without violating Catholic Church teaching.

But it does beg the question, “Ok, fine, I can vote for Mr. Biden with a clear conscience. But why would I? Abortion—ending it, I mean—is important to me. Just because I may vote for a pro-choice politician does not mean I necessarily want to, or that it would be a prudent thing to do.”

This is an honest objection.

I have addressed this issue before. But between my piece on Sunday and Mr. Biden’s announcement this week of Sen. Kamala Harris as his running mate, now is a good time to revisit it.

The Dems, the GOP, and Roe

As I explained a year and a half ago, it is highly unlikely that Roe v. Wade will ever be overturned. The hard truth is, neither major party wants to overturn Roe v. Wade. Both major parties want abortion to remain legal. The only difference is, Republicans lie to you about it and Democrats do not.

Meanwhile, the U.S. abortion rate, which peaked in 1980 and held more or less steady during the twelve years of Presidents Reagan and George Bush, began a gradual though uneven decline beginning in 1992. It peaked once during Bill Clinton’s presidency and peaked again for most of George W. Bush’s second term.

But the abortion rate shrank every single year that Barack Obama was president. By 2016, the last year of his presidency, it had plummeted to its lowest rate—11.8 abortions per 1,000 women— since 1973.

So much for the Republican lie, oft told in 2008, that Mr. Obama supported infanticide and wanted to expand abortion beyond what had been unimaginable before him.

There are many reasons why the abortion rate dropped so much during Mr. Obama’s presidency, but one undeniable reason is that he expanded the social safety net. And who was Mr. Obama’s point man in Congress, especially with the Affordable Care Act? Then-Vice President Biden.

Which is the real ‘party of life’?

Examined in this light, the Republican Party is really the party of abortion. Indeed, only in America can a party that lies about wanting to overturn Roe v. Wade while supporting the death penalty, unrestricted firearm ownership, torture, illegal wars, and most of the rest of the violations against life, the integrity of the human person, and human dignity listed in No. 27 of Gaudium et Spes still laughably call itself “the party of life.”

The Democratic Party ardently backs legal access to abortion and a woman’s right to choose, yet it is entirely in line with the Catholic Church on every other violation of life, human integrity, and dignity in No. 27. Plus, under Democratic presidents, the abortion rate declines.

The Democratic Party is the actual party of life.

So, vote Democrat—and for Mr. Biden and Ms. Harris—with a clear conscience. Not only because the Church tells you you may, but because it is the clear choice if you truly care about the unborn, and indeed all human life.

August 9, 2020
Listen to the Church, not LifeSite, when casting your vote
Next Post

August 13, 2020
Recent Comments
0 | Leave a Comment
Browse Our Archives
get the latest from
Chaos and Old Night
Sign up for our newsletter
POPULAR AT PATHEOS Catholic
1

Facing this Election, We Must Recall...
suspended in her jar
Related posts from Chaos and Old Night

Catholic
Listen to the Church, not LifeSite, when casting...
Chaos and Old Night 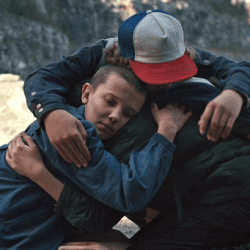