This is Not Click Bait, I’m New Here. Hi 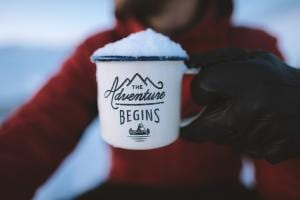 WHEN I SAW HIM STANDING THERE…well, he was just seventeen.

When I first saw my future husband across a crowded room at a Notre Dame Freshman mixer, I decided not to introduce myself. He was too serious. Glancing at my outfit, which I thought projected cool (Actually, it screamed stuck-in-the-early-eighties, saw-and-liked-Xanadu) he thought to himself, “Look at that girl in the silly hat. Bet she’s pretty superficial.”

We were both right.  My first words to him were “Who are you?” and he’s been answering ever since.   A six year courtship, thirty-one years and counting marriage and ten kids later, I still love a hat, dancing to Xanadu and think I project cool even when I don’t.

SHORT PEOPLE GOT NO REASON…
In graduate school, my advisor called me into his office to discuss the beginning of my program.

“You’re from Texas.” He said, looking at my papers.

“Well, I heard all the women down there are beautiful and tall. What happened to you?”

I stood up as tall as my five foot two inches would allow and said, “Well that’s true. Down in Texas I’m pretty average, but up here in Boston, I’m stunning.”

He left me alone after that, but I wore my Texas earings every day.

EVERY BOY’S CRAZY ABOUT A SHARP DRESSED GIRL…

Interviewing in New York City for a teaching position, there was a carnival going on that day on the playground. The person scheduled to paint faces had not shown. For the next two hours, my fingers were covered in grease paint and cold cream. The principal came by the school grounds to put in an appearance. Looking at the line of kids waiting their turn at my booth, he asked, “Who’s that over there?”

I got the job.

NOT EXACTLY SUBTLE…BUT I AM EFFECTIVE…

We moved to Maryland in the dead of winter. The roads were coated with ice and the grey snow that always grips February. Alone in our rented townhome, I spied a woman walking with a child close to my son’s age. They were just following the sidewalk.

Running out onto the snow barefoot, desperate to make a connection with someone in the area, I must have been a frighteningly mad sight as I screamed. “Hey! Hello! I’d like to meet you!”  My feet hated me and I’m fairly certain, they’ve never forgotten or forgiven.

We became friends despite that rough intro.

And speaking of introductions….”HEY, Hello!  I’d like to meet you!”  and I’m sure you’re thinking, “Who are you?”
Read on and find out… 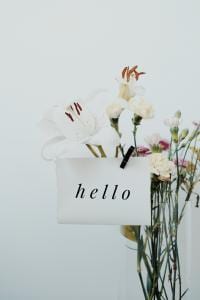 Hi. My name is Sherry Antonetti and I’m a freelance writer.

While my background is special education and English literature, I spent twenty-four years as a stay at home mom to our ten children. When the youngest hopped on the bus for kindergarden, I lasted three days before I returned to work in education. I’m a Martha spirit kind of woman with a wish she were more Mary.

That’s part of why I write.

It also provides my offspring with an edited version of their childhood that is as honest as those multi-hued elegantly pasted scrapbooks. These stories are mythic in that they reveal truth without being completely factual.   Any resemblance to actual life served as inspiration for possible exaggeration or exploration.

It is also loads of fun.

As a side note, I don’t do as many Mommy blog stories as I used to, in part because teen years are best left not covered in intricate detail. I know I don’t want to look at my adolescent journals, and I don’t think my adolescents want their lives journaled either.

However, you will get slices of life served with a large dollop of humor, and infused with my Catholic faith. You’ll learn that my humor is mostly associative and frequently discovered by me after the fact.  For example, tonight, I made chicken Ceasar salad for dinner.  My ten year old reminded me, it’s the Ides of March.

My subconscious often knows more of what’s going on than I do…which makes me wonder why we didn’t put pie on the menu for this past Sunday.   However, since Pi is infinite, we will still be able to honor 3.14 if we make one this weekend.   Hope to see you back here, for a little slice of humor, faith and life.
#https://www.pexels.com/photo/brow-bread-on-silver-bowl-899235/ 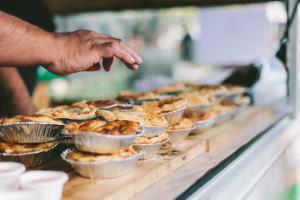 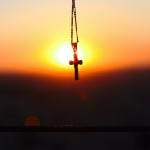 March 16, 2021 Making Catholicism Grate Again
Recent Comments
0 | Leave a Comment
Browse Our Archives
get the latest from
Chocolate For Your Brain!
Sign up for our newsletter
POPULAR AT PATHEOS Catholic
1

To Deny Joe Biden Communion is...
Femina Ferox
Related posts from Chocolate For Your Brain!

Catholic
Need to Grade, Edit and So I'm Cross...
Chocolate For Your Brain!

Catholic
Patheos Celebrates Starwars, May the 4th be With...
Chocolate For Your Brain! 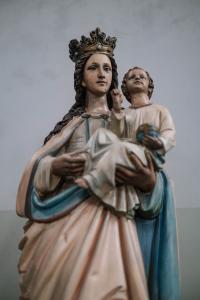 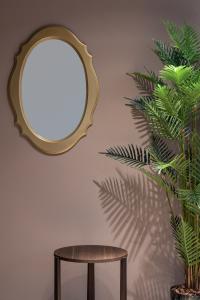 Catholic
On the Plate
Chocolate For Your Brain!
TRENDING AT PATHEOS Catholic

A Dandelion and a Mothers' Day Escape
Today I was in a mood. Nothing was going right. I have...
view all Catholic blogs
What Are Your Thoughts?leave a comment
Copyright 2008-2021, Patheos. All rights reserved.
error: Content is protected !!