Over at Our Sunday Visitor This Week

The beginnings of thoughts on the horrific shooting and violent deaths of ten people in Buffalo, and what the rest of us need to do as a consequence: https://www.osvnews.com/2022/05/16/after-the-violence-in-buffalo-pray-for-conversion/.

After you read it, consider donating money to a local food bank in Buffalo, New York so that the residents who do not for the moment have access to their grocery store, won’t struggle with food scarcity in addition to the grief of being witness to such unchecked rage, hate and death in one soul.   Here’s a link to where you can help: https://www.foodpantries.org/ci/ny-buffalo.

And if you’d like to learn more about them, to honor their memory:
https://www.whec.com/rochester-new-york-news/who-are-the-victims-of-the-mass-shooting-in-buffalo/6471009/

Racism is a scourge, it maims the soul that practices it, that ignores it, that suffers from the effects of it.  To be Christ like, we must recognize the absolute sinful nature of racism.  Pretending it is an aberration of a heart, or only a manifestation of mental illness, trivializes the reality of sin, the corrosive nature of sin, and does an additional injustice to all those who suffer from mental illness that has nothing to do with hating people because of color of their skin, the heritage of their family, or the nationality of their family.

We’d like to think all people who plan a mass killing are mentally ill –it would make the world safer if only those who could be diagnosed as having mental illnesses could commit such crimes, such evils –but the reality is much harder.  He drove for multiple hours. He planned this attack. He purchased the weapons and the armor…he livestreamed.  This was stone cold sober and knowing.    Deliberate racism destroys.  This was such a moment.   This was visible racism.  The only thing invisible, was the white hood.

Praying for the whole of Buffalo, and for all of Buffalo to be made whole. None of us should look away. Hug your families a little tighter today, and then go out into the world and do something to make the whole of it, less oppressed by pain, hate, evil and sin. It’s the only way forward if we want a better story.

May 21, 2022 Not Wading into It
Recent Comments
0 | Leave a Comment
"Being a parent is the greatest blessing. As a Father of seven, I know that ..."
Catholic Dad Blessed Then and Now
"I love your post! A lot of us focus on making it to the mountain ..."
Catholic Dad Easter Monday, Now What
Browse Our Archives
Related posts from Chocolate For Your Brain!

Catholic
So What Are You Going to Do This...
Chocolate For Your Brain! 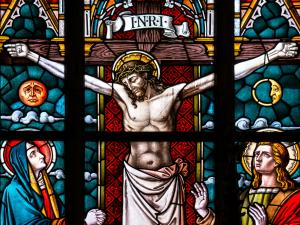 Catholic
We Are Not Called to Win
Chocolate For Your Brain!

Catholic
Part of Why I Write is to Find...
Chocolate For Your Brain!

Catholic
The Road to Heaven is Paved with Effort
Chocolate For Your Brain!
TRENDING AT PATHEOS Catholic