Act the Man and Build

I’ve seen a rallying cry from many on the political Right who have now joined the Never Biden team, much like those in 2017 who joined the Never Trump team. The sad reality is that for either side, it is a rather convoluted way of looking at world events, not the least of which being that it is God who appoints rulers in their due season, whether illegitimate or not. The point here is not to defend such a notion though.

This is an uncontroversial truth in Scripture—one which the biblical writers don’t spend inordinate time hemming and hawing over. It is simply a recorded fact, and as such, one we are to submit ourselves to. Thusly, we are likewise beholden to other commands which find their origins grounded in this objective reality. The point being that whether or not you particularly like one ruler over another, God decreeing their inhabitation of an office is the very basis of our obedience and submission, in recognition of God’s ultimate authority in placing them there.

The truth is, if you’re a Christian, you can’t be on team Never Biden, just as you couldn’t be on team Never Trump, just as you couldn’t be team Never-Mao-Zedong if you just so happened to be providentially born into the Communist Party of China during his tenure. That reality gives credence to what I’m about to say below, which is very simply that whatever sitting president (or dictator) you happen to find yourself under, the obligations upon Christians remains the same: you are to be faithful to Christ, regardless of the cost associated with faithfulness.

In one sense, I believe the American church has failed rather miserably in all her time of peace and low-cost Christianity as far as it concerns her faithfulness. She’s blurred some rather important distinctions when it comes to what are particularly American virtues and what are Christian virtues. In that, I mean to say that there are some incredibly important and arguably good rights we have as Christians in America that are not intrinsically Christian rights. To perhaps put that more clearly: we have freedoms we enjoy from God that are wondrous freedoms we rightly wish to retain—but the dissolution of such freedoms is not the dissolution of the Christian faith. It has and will survive long after a despot comes in to reign and imposes strict totalitarianism.

Yet perhaps more to the point: I believe the church itself is being purified and winnowed for her own harlotry, in which she has confused living in an affluent culture for the blessing of God. We confuse the stripping away of such things as that which is seized by tyrants, rather than the judgment of God Himself. The point is not to say one ought not consider if such a time as this, may one day foster an environment that requires actions such as our forefathers bore willingly—to lay down their lives for their friends. To fight, not simply to retain, but with a forward-looking resolve toward their children, and their children’s children, so they may live as free creatures under the true and righteous King of all the earth. The point is to say, however, that one ought to consider if perhaps the forfeiture of our freedoms and incomes is the direct result of our own personal unfaithfulness, as the church at large.

Our final authority and consolation is Christ Himself, as revealed in the truth of God’s Word—a consolation which can never be stripped of us and our community, if we are diligent to retain and promulgate these truths to those who come after us. This is the means by which we ought to carefully come to construct a proper understanding of what particular things are necessary for the life and flourishing of the church, especially in a time where rights and freedoms are being trodden underfoot before our very eyes. Men are intrinsically born to fight—to express valor—but to express it towards the right ends and for the right reasons. Unfortunately, these same men often confuse valor as a wanton stubbornness in the face of any and all opposition to our desires and our freedoms, rather than an obstinate rebellion to the values this world holds dear.

Yet it ought to be considerably clear that men of action are not simply men who gallivant around, pretending at nobility and bravery, as if on that great and ignominious day of evil they will stand tall and defend virtue when they do not do so now. Men of action do something productive; men of action build while the season for building is upon them, and tear down when the time comes for demolishing. Men of action do not fret at what is to come, though they prepare in shrewd foresight for days where peace is no longer upon them. To put that in a robustly clear manner: men of action concentrate upon the realm God has given them dominion in currently, resolutely focused in properly exercising their authority in a God-honoring way.

Men of action don’t waste time complaining and rallying the social media troops to battle through emoji’s. Rather, they recognize that unless they become integral parts of their local community, starting first and foremost with their own family, they will only contribute to the ruinous cause of those who despise Christ. They recognize that unless they are in a position of authority that can make substantial changes to governance, the best thing they can do is to become the lifeblood of their community, particularly through the proclamation of the gospel, so as to see substantive heart-change in those who come to faith as a result.

This is not to say a day for war is never appropriate, nor that a time for splitting under irreconcilable differences is not the better of the two options. It is to say, however, that anyone can tear down. It takes more to build. It takes more than being passively involved with the gas-station attendant, the waitress at the diner, the widow two streets down, those residents in the “seedy” part of town, the orphan, the single mother, and the like. To build takes more than simply decrying the injustices and wickedness of those who ravage the afflicted—it takes acts of faithfulness now. It takes time, money, and a sincere effort to effect substantive change in your sphere of dominion God has given you.

I have little confidence though that those who eschew many of these responsibilities today would be willing to stand and fight if the day truly came upon them to fight. I have confidence that the men who would are already in the fight now, and have been for years. If you aren’t building for the Kingdom this day—you may fancy one day a fight for the right cause shall come across your radar, but it will not be the church’s cause. The church’s battle has long been underway, and the participants in that battle are not equipped with weapons whose sole purpose is to demolish—but to build up.

You say you wish to build up—you wish to have peace so that the gospel may be advanced? I ask you: what have you done to advance the cause of the gospel while you’ve yet had peace? If you’ve been active in that cause, I count you as a co-laborer. If you’ve not, pick up your trowel. Build schools to train your children so they are not wards of a godless state. Build seminaries to replace the ones given to the spirit of this age. Plant biblically faithful churches who will die on the hill of biblical faithfulness. Be given to hospitality, acts of mercy, and loving of one’s neighbor, irrespective of their reciprocity.

Train up young men and women to be stubborn towards the folly of this world, and the ideological blindness that binds them. Stop apologizing for what the Scriptures say, making excuses for why you fail to obey them, and diminishing the beauty of the gospel to the undeserved (which includes you). Tie bonds of fierce loyalty to your local church; teach one another to do basic things like homemaking, planting a garden, fishing, repairs and maintenance, basic first aid, and more. In all of it, take the time to invest in people as people—don’t cloister yourself off from the world in building your community, but take that community and pour it back into the city you are all a part of.

The reason is the same as any other throughout history: we aim to bring the glorious gospel of our Lord to the lost. We aim to edify the Body of Christ. We aim to build, particularly, as faithful laborers set about our Father’s work, culminating in the inauguration of His Kingdom. If we are to be men of action, let us be so now through acts of ordinary faithfulness. Let us faithfully plod the mundane cause of Christ in a chaste and boring life of resolute faithfulness to the truth. If you happen to be one of the fortunate few whom the Lord would use for great things, try your hand at the small things now. Regardless of whatever may come, we’ve got work to do—may we simply roll up our sleeves and get to work. Men of action are certainly not “safe” men, but men of action certainly build.

January 19, 2021
Doubling-Down on Christian Persecution: The Cost of Following Jesus
Next Post 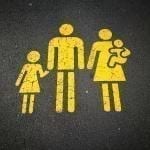 February 1, 2021 The Danger of Emphasizing the "Exciting" Testimony
Recent Comments
0 | Leave a Comment
Browse Our Archives
get the latest updates from
The Chorus In The Chaos
and the Patheos
Evangelical
Channel
POPULAR AT PATHEOS Evangelical
1

Challenge to Trump from the Right?
Cranach
Related posts from The Chorus In The Chaos 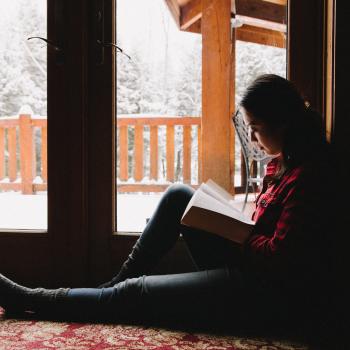 Evangelical
Are You a 'Judgmental' Christian? Good.
The Chorus In The Chaos 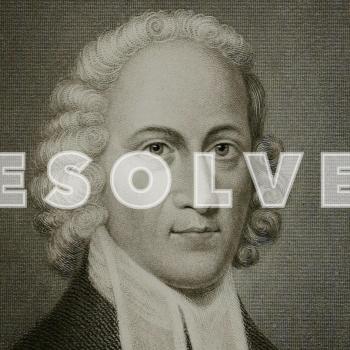