Christians: ‘Don’t be a Turd’ About Chris Pratt’s Acceptance Speech

Earlier this week, American actor Chris Pratt received a “Generation” accolade at the 2018 MTV Movie & TV Award Ceremony. During his acceptance speech, he offered viewers 9 life lessons, or rules to live by. These 9 rules were a mixture of humor, character development advice, and simple expressions of his Christian faith. All of which were met with cheering and applause from, what I assume to be, a usually hostile crowd towards Christianity. This response was anomalous, but not entirely shocking. What I found to be more shocking was the repercussion from many within the Christian community.

You can watch his speech HERE; it’s only about 4 minutes long.  However, for summary sake, I’ve listed the statements related to faith/Christianity:

The consensus among his Christian critics is that his gospel presentation was weak and shallow. Some say he didn’t offer biblical Christianity, but some warped, American version instead. I’ve even heard terms like “garbage” tossed around. While there may be some truth to a few observations that address the lack of content required for a full gospel message, it’s ridiculous to me that the “Christian” gut-reaction is criticize Chris Pratt as if he is a seminary educated pastor speaking from a pulpit – like Andy Stanley or Steven Furtick. This backyard, Christian backlash is absurd and disheartening.

Many condemning Chris Pratt would do well to heed his 3rd Rule: “Don’t be a turd”.

It’s my opinion that Mr. Pratt spent time carefully writing out his acceptance speech. I say this because his approach seems deliberate, rehearsed, and cadenced.  The scattered nature by which he sprinkles in items related to faith, between jokes and outright silliness is meant to balance and maintain a young audience’s interest, lest we forget his demographic was MTV-aged viewers. The point being: he wasn’t speaking to mature, well-read adults. Chris Pratt, whom I understand to be a relatively new Christian, was instructing a younger generation that God exists, they have souls, they should seek him in prayer, and grace exists for their imperfections. To me, that’s great. As he matures in Christ, I hope he elaborates on the changes Jesus is working in his life.

Do I wish he had said more about Jesus and offered a complete gospel presentation? Of course! But, I will not condemn him for not doing so in that moment. He wasn’t giving a sermon. He’s not a professional evangelist. He wasn’t asked to give an account of his faith. Rather, he was accepting a youth-driven accolade based on his work in a secular, professional career. The award was secular. The crowd was secular. The expectations should be secular.

Why is that when famous Christians have a public stage, we act as if its a requirement to walk everyone down the Roman road?

I have received a handful of awards over the years in the secular workplace and I have never been criticized for not using the moment to give a crystal-clear gospel presentation. Why? Probably because I’m not famous. The American culture elevates the lives and voices of celebrities as something unique; celebrity Christians are, sadly, not immune to this.

It’s as if we shoehorn their fame and influence as justification to promote their secular, vocational calling to that of clerical-like responsibilities. We forget celebrity Christians are normal people like you and me. They hold a job just like you and me. They’re broken and in desperate need of grace, just like you and me. Chris Pratt is under no more obligation to share the gospel in his workplace than the Christian plumber you see on Sunday mornings. These misplaced expectations are unfair and, frankly, hypocritical.

I suspect many who are vocally holding Chris Pratt to this standard do not utilize every professional meeting, presentation, conference room engagement, and coaching/mentoring interaction to offer a complete account of the gospel of Jesus Christ. Christian lives must echo the gospel of Jesus Christ and that absolutely includes public confessions of faith. However, we need to keep all of this in perspective. Often, gospel-sharing takes place over many conversations and is woven within relationship-building.

All Christians, regardless of vocation, are to bear witness about their Savior, Jesus Christ. We are to preach the gospel to lost, to the ends of the earth. This, of course, includes Chris Pratt. But before publicly reprimanding him, let’s make sure we are not adding words to Jesus’ Great Commission.  Jesus never said we have to offer a complete gospel presentation every single time we open our mouths. Rather, He’s instructing believers with a life’s missions statement. For some, this calling is fulfilled on the mission field and others in a secular workplace.

In closing, I am reminded of the powerful words often attributed to the great reformer, Martin Luther, on vocation and how we glorify God in a secular workplace. Though they were not likely spoken by Luther, the points stands equally well. The individual writes, “The maid who sweeps her kitchen is doing the will of God just as much as the monk who prays – not because she may sing a Christian hymn as she sweeps but because God loves clean floors.  The Christian shoemaker does his Christian duty not by putting little crosses on the shoes, but by making good shoes, because God is interested in good craftsmanship.”

Christians, can we not just rejoice there is some truth being voiced in a dark place, and pray for Pratt’s continued influence and growth? Let’s ask God to use him in powerful ways for the advancement of the kingdom and perhaps, that we not be so needlessly critical. 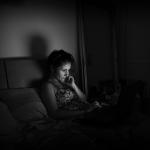 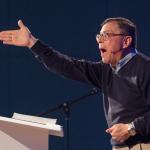 July 3, 2018 On Art Azurdia and Men Without Chests
Recent Comments
25 Comments | Leave a Comment
Browse Our Archives
Related posts from The Chorus In The Chaos 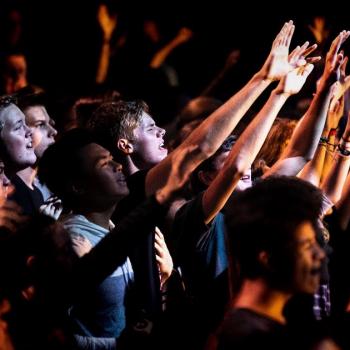 Evangelical
Your Emotions Aren't the Holy Spirit Speaking to...
The Chorus In The Chaos

Evangelical
The Metaverse, the Destruction of a Person, and...
The Chorus In The Chaos 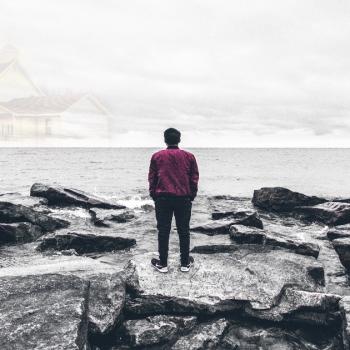