Christians Are Having an Identity Crisis

Christians Are Having an Identity Crisis May 12, 2017 Grayson Gilbert

In effect, we have vigorously pushed a gospel that doesn’t always lead people to see that truly believing these set of truths comes at a high cost. There are two aspects to that cost and we do extremely well presenting one side or the other, either in an antinomian fashion or a legalistic fashion – yet scarcely do we uphold them both at the same time so as to show the many faceted diamond that is the gospel.

The more I study the Scriptures, the more I come away with a sense of awe in an incredibly simple, yet utterly profound indicative statement of the Christian. We are new creations in Christ. Before you gloss over that – slow down, come back, and pay attention. It means something much more than we’ve given it credit for and a lack of understanding on this is what I firmly believe is at the root of not only our personal issues and battles, but our corporate issues within the church. More clearly, a failure to understand what it means to be a new creation in Christ, purchased for His purposes, His glory, and His means, results in a lopsided view of what it means to be a Christian.

We’ve studied grand theological systems and upheld principles of humanitarian service that have us deeply indebted in more ways than one – yet we’ve missed the forest for the trees. All of these things are speaking to the identity of the church, and respectively, to the individual in the church, as a new being with a new purpose. Believe it or not, that purpose is not rooted in simply knowing more and serving more; it is rooted in a positional stance in Jesus Christ and out of this stance do we then come to know more and serve more.

It is both a work of the Holy Spirit and a command to the believer to not conform to the spirit of this age, but be transformed by the renewing of your mind. Why? So that you may prove what the will of God is – that (speaking of the will of God in a substantive sense) which is good, perfect, and well-pleasing to God. All of this stems from the indicative reality of being purchased for Christ; we were not simply saved from something, but to something. When you hem and haw at the moral principles in scripture, it is all born out of this focus. When you speak to these theological systems that refine and purify our concept of God, it is again, born out of the focus of what it means to be purchased by and for Christ.

The unique thing is that this is both an active and a passive work. It is active in that you are not to conform to the pattern of this world, which assumes that we know the pattern of this world, in that it is subjected to the futility of a darkened heart and mind and hostile to God. This plays out in every single thing that this world touches; there is not anything that is truly neutral, because man lacks the ability to be neutral. Yet there is a passive means by which this happens, as we are continually in a world that by disposition, seeks to press us into conformity. The temptation then, to be conformed to this age, is surely one we all wrestle with.

It is a passive work in that if you are in Christ, this renewal process will be that which transforms you – all of which being clearly linked to the work of the Spirit of God. And yet, Paul gives a command that we be transformed by the renewal of our minds, bringing out an active participation in this work. Again, we see there is a measure of dual focus; the Christian must put off the active/passive work of conforming and being conformed to this age in order to be transformed by the renewal of their minds and actively walk in that transformation.

Yet if you spend any amount of time on the internet or in face-to-face discussion with different stripes of professing Christians, you will find an amazing disparity in not only what they believe, but how they carry out that belief in action. I am not speaking toward differences of secondary and tertiary doctrines, but of issues surrounding the notion that we live in this world, yet not being of it.

Some will laud a show that has not only gratuitous, but incredibly graphic depictions of nudity, while wrapping it up under the guise of freedom in Christ. Some will find ways to say they really value the life of a child – but God forbid they have one of their own and make that sacrifice. Others still capitulate to the cultural ideals of progressives, trying to make it sound super spiritual and loving, when in reality, they are simply becoming apostate as they move toward another religion entirely. There are a host of ways this is done – and all of it stems from a lack of understanding that you, Christian, are not your own.

The autonomy that this world owns and loves in every instance of their selfish, little, insignificant lives, is not yours to have. It’s idolatry. It’s actually slavery to sin. It’s the way of death. But for those purchased by Christ, you have true autonomy. You have the ability to have true religion; you are not a slave to sin, but to righteousness. Intrinsic to that call is not only legitimate freedom to enjoy God’s good gifts, but to be free from the abuse of His good gifts. This assumes you know not only how to do that, but what this means. Freedom in Christ to go and do things assumes you know what you are free to do and what you are not free to do, as well as having the ability to demonstrate self-control so that you do not abuse this freedom.

What’s the issue? I truly have a hard time seeing many Christians, at least in the States, have much of a concept of what it actually means to be Christ’s possession in this regard. We are so inundated with individualism and having cheap, easy, and immediate gratification that we are truthfully bored of plodding along in the imperatives of Scripture. We are bored and so we find ways to be entertained, but in our entertainment, we have acted as if it is somehow neutral – that we have not the capacity to abuse freedom, or that it’s really no big deal when we do. And so we put on a movie that portrays two people having sex, acting as if when we go to the bedroom, that taking in what is not ours to take in, will not come out in any way. Or we pretend that simulated sex isn’t that big of a deal, even though we have a bird’s eye view of their naked bodies feigning that which does not belong to them to feign.

We can’t be bothered to really know our bibles well enough to obey the teaching contained within it – but oh do we want to say we know Jesus. We don’t know Jesus all that well and we especially don’t know what it means to be a possession of Christ.

Many people know Social Justice Jesus – yet have no idea how to serve.

Many people know Hippie Jesus – yet have no idea how to love.

Many people know Socialist Jesus – yet only know how to covet, steal, and be lazy.

Many people know Republican Jesus – yet have no clue how to be the moral majority.

Many people know Democratic Jesus – yet haven’t the slightest idea of how to keep from killing people.

Many people know Fundy Jesus – yet have no conception of grace.

Many know Charismatic Jesus – yet aren’t filled with the Spirit, but divisiveness.

Few people know Jesus of Nazareth – and many that do, don’t carry out the implications of what it means to know Him. Why? They routinely ignore the Scripture’s teaching on what it means to be in Christ. They’ve got the indicative side of the gospel down, but not the imperatives. They have an identity crisis; they’ve bought into the system of beliefs this world holds dear. We have to stop thinking trite thoughts about God and His holiness. We have to stop pretending as if what we think about God, the Bible, obedience to the Scriptures – everything, doesn’t have big ramifications in the way we conduct our lives. The two are not separate in the Scriptures; our mental and moral being is one faculty and must be exercised appropriately. 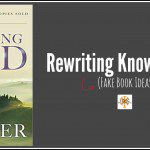 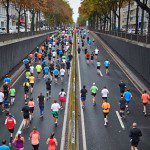 May 16, 2017 You're Wrong; Limited Atonement is Beautiful
Recent Comments
13 Comments | Leave a Comment
Browse Our Archives
get the latest from
The Chorus In The Chaos
Sign up for our newsletter
POPULAR AT PATHEOS Evangelical
1

Evangelical
Being Slow to Speak in an Age of...
The Chorus In The Chaos
TRENDING AT PATHEOS Evangelical