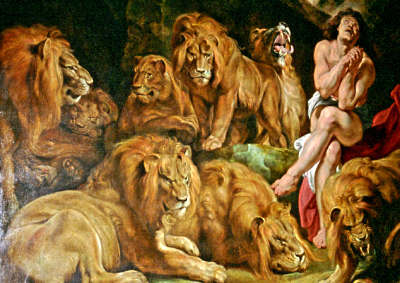 The prophet Daniel saw what he identified as a coming “abomination that causes desolation” (Dan. 9:27; 11:31; 12:11). Peering down the tunnel of time he visualized “a stern-faced king, a master of intrigue” who would cause shocking devastation. “His armed forces will rise up to desecrate the temple fortress and will abolish the daily sacrifice. Then they will set up the abomination that causes desolation. With flattery he will corrupt those who have violated the covenant, but the people who know their God will firmly resist him” (Dan. 11:31-32, NIV-1984).

Daniel’s description was so finely tuned that biblical skeptics began huddling up together claiming the book of Daniel had to be history written after the fact rather than prophecy that was written before. Porphyry, a philosopher from the third-century AD, led the charge. In a polemic titled “Against the Christians,” he denies the legitimacy of the book of Daniel and instead calls it a Maccabean fraud: “The book of Daniel was written not by the man whom it is named after, but by someone who lived in Judaea at the time of Antiochus Epiphanes.” The New Oxford Annotated Bible also denies the legitimacy of Daniel: “The author was a pious Jew living under the persecution of Antiochus Ephiphanes, 167-164 BC.” Liberal biblical scholars of today spew these same lies, but in actuality there is very little to support their position.

Looking at it from a Jewish standpoint, including Daniel in the Tanakh (T-Torah, N-Nevi’m, K-Kethuvim; i.e., the Law, the Writings, and the Prophets, respectively) has never been doubted. “From the post-exilic Ezra to Simon the Just, the Great Assembly included Daniel in their canon along with Ezekiel and Esther.”

Not only did the ancient Jews include Daniel in the Tanakh (see above), the well known Jewish historian, Josephus, was also certain that Daniel came before Alexnader in God’s historic plan. Josephus writes, “When the Book of Daniel was shown to him [Alexander the Great], which predicted that one of the Greeks would destroy the Persian Empire, he thought himself to be the one so designated.”

More important than any of this, however, is the fact that Jesus Himself was completely assured of Daniel’s prophetic proficiency. He looked back at “the abomination that causes desolation spoken of by the prophet Daniel” (Matt. 24:15) as the basis for Himself prophesying that the temple desecrated by the efforts of the Old Testament Antiochus would ultimately be destroyed by the efforts of a New Testament Antichrist.

Additionally, in an overarching statement recorded in both Matthew 23:35 and Luke 11:51, where Jesus makes reference to both the first and final murders clearly shown in the Hebrew Scriptures, giving credence to the very same canon we know as our Old Testament. 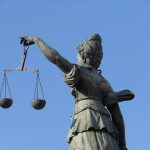 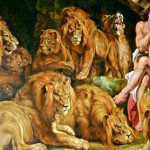 March 18, 2015 Is Daniel Authentic Prophecy? (Part 2/2)
Recent Comments
0 | Leave a Comment
"In my estimation, becoming a Christian, or becoming a believer in any of the ancient ..."
BitinDawg Stop Doing Daily Devotions OR Studying ..."
"One hesitates to point out that "Suffer" also means "To Permit". "Suffer the little children ..."
Kyllein MacKellerann " A Sign of the Times: When ..."
"How naturally you give orders.Like you were born to it.Any NKVD officers in your extended ..."
Scoundrel Don’t Rejoice in the Death of ..."
"Answer deleted by a coward.Your antisemitism is unacceptable, and you are reported to the appropriate ..."
Michel Don’t Rejoice in the Death of ..."
Browse Our Archives
get the latest updates from
The Chorus In The Chaos
and the Patheos
Evangelical
Channel
POPULAR AT PATHEOS Evangelical
1

List of New Testament Contributors—The Bible...
Crux Sola: Formed by Scripture to Live like Christ
Related posts from The Chorus In The Chaos 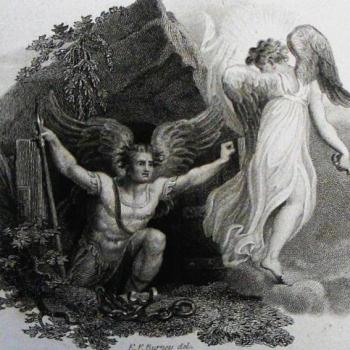 The Moral Dilemmas of Judah and Tamar
Advent approaches and, with it, my thoughts turn to the lineage of...
view all Evangelical blogs
What Are Your Thoughts?leave a comment
Copyright 2008-2021, Patheos. All rights reserved.