50 people at an Orlando nightclub were targeted, plainly, because of their practice of homosexuality. Omar Mateen reportedly committed himself to ISIS prior to the attack as well.

Yet what will come of this debacle will be the strong-armed, politically savvy propaganda against guns by the Left, and the grandiose, sweeping, anti-Muslim sentiment from the Right. Most on either side are simply grand-staging a tragedy in order to push a political ideology that will do little to actively treat the root issue.

While access to firearms for the mentally deranged is a concern we should have – as well as the threat of radical Islam, the root issue is one of sin. More clearly, it is a lack of the gospel and misappropriated worship carried out to its most severe form. Many on both sides of the debate will not care for this answer, nor the solution proposed within – but this is the fundamental issue at stake. Not education; certainly not global-warming; it is the affects of sin and an abundant lack of the gospel. External factors will always play a pivotal role in the fruit presented – but targeting external fruit will yield the result of only having pruned the exterior. One must identify the systemic issue and target this issue.

It is not guns. It is not Muslims. It is terrorism – born out of a sinful ideology that plants roots deeply in the blood of those whom they’d wish to purge the earth of.

We can argue all day on what helps deranged, psychopathic people kill other people or the expediency/ease with which they might do so. At the end of the day – that will not solve the issue or bring comfort to the mother who has had her child killed.

Weep for those bearing the Imago Dei, who were assigned to die and face judgment; pray for the families of those killed at the nightclub; speak with homosexuals about the radical grace of Christ which is reserved for all who repent and believe the gospel; speak with your Muslim neighbor without fear, patiently and ably demonstrating who Christ really is, rather than “just a prophet.”

Do not be leery of loving your neighbors, regardless of the cost. Warn them of the judgment to come so that they may flee to Christ.

Preach the fullness of the gospel, that is – that it is good news along with why it is good news. More clearly, do not shy away from the massive sin problem all of humanity is infected with and the judgment, which ensues – but be sure to give the clear and decisive hope that is found in the message of Christ crucified. 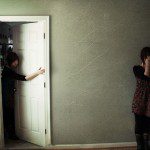 June 11, 2016
Battling Insecurity with Help from Psalm 27
Next Post 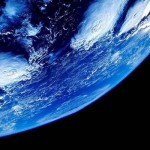 June 13, 2016 In The World But Not Of It
Recent Comments
116 Comments | Leave a Comment
"Good points! The Jesus only position ignores the problem of interpretation. Some truths are simple, ..."
Roger McKinney Why Having “No Creed but Christ” ..."
"Tell this all to the mothers and their sons in Russia, who are cast into ..."
Sandy Plage God Works All Things for Good
"Okay, fair enough. What was your question again?"
Joseph Birch Total Depravity: A Critical Lesson in ..."
"Jack Lee: You state “If one takes measures to prevent the baby from implanting, then ..."
Dennis Why Birth Control Is Not a ..."
Browse Our Archives
Related posts from The Chorus In The Chaos 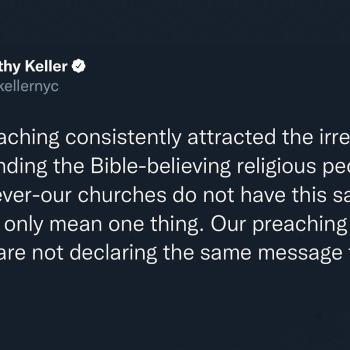