Joshua Harris: A (Not So) New Kind of Snake Oil Salesman

There has been much commentary on the deconstruction narrative of exvangelicals over the past several years—some bemoaning the state of the church—others bemoaning the state of the nation—and many like myself who have been left with the rather bland taste of pseudo-intellectualism left behind after reading the hollow statements of the popularizers of the movement. In one sense, I find the whole phenomenon of the exvangelical deconstruction story fascinating simply because they manage to capture a rather large segment of those disenfranchised with evangelicalism, or religion as a whole.

What’s fascinating to me about it is that it relies upon sheer ignorance to what the Scriptures teach. This is why we see so many of the same, rehashed arguments from exvangelical to exvangelical; the church’s teaching on sexuality and gender is oppressive; the Bible is full of contradictions (cue the argument of textual transmission being nothing but a mere game of telephone played out over the centuries); the church is full of hypocrites; and so on and so forth. I tend to believe that one of the fundamental objections of most deconstructionists is in fact sex, whether one simply wishes to throw off the shackles of an antiquated belief system that requires monogamy, or sexual fidelity between a man and his wife, or they simply want to be seen as one on the right side of a cultural movement.

For most of the Enlightened Folks™, it is a rather silly thing to think that sex has a purpose beyond recreation and our bodies have a purpose beyond autonomy, whatever that might look like these days. Suffice it to say, if a people can’t get something as basic as proper sexuality and bodily reality correct, it is little wonder that one’s sense of self is utterly confused. Reality becomes malleable to whatever constructs we are beholden to in this case, and in this case, those constructs are nothing more than what one feels from one day to the next. This is really where I believe the whole movement terminates in the end. It is simply a series of logical, hermeneutical, and psychological gymnastics one must perform to jump through the necessary hoops to affirm their sense of self.

To put that in plain speech: it is nothing but an exercise in absurdity on its face to justify the desired outcome. The ends of emotional self-satisfaction justify the means, in spite of overwhelming evidence that betrays the mantra of ultimate fulfillment in “you doing you.” Now, we understand this plainly enough when we use hyperbolic arguments to demonstrate the absurdity of this logic. For one whose sense of fulfillment winds up being a series of self-destructive tendencies that bleed into every relationship they have, people are labeled as “toxic” and quickly become persona non grata.

Yet when it comes to mutilating the body, indulging in the sexual anarchy that is part and parcel to a hook up culture, homosexuality, and transgenderism, we quickly find ourselves in territory that no sane person will tread upon, for fear of losing social credit. When a person is so bold as to reveal that the emperor has no clothes on, they are laughed at and derided, and the collective communal response is to carry on with the lie that the invisible fabric truly is the latest and greatest trend in fashion. If I am to draw it altogether with the subject of this blog post, which is that Joshua Harris is yet one more in the long string of exvangelicals who come to portray a type of messianic figure to deliver those hoodwinked by the repressive standards of biblical morality, that is the golden thread: you can find fulfillment and satisfaction through finding your true self.

While deconstruction is the trendy term all the cool kids use to describe the latest fad, the Bible simply knows this as apostasy. Additionally, what many coin as “finding your true self,” is nothing more than what Scripture calls the way of the fool. The vehicle through which our internet age is doing this is quite new; never before have apostates and fools so readily had a soapbox for all to see as we do today. In that sense, they are able to dispense the snake oil of their miracle elixir to the masses with rapid speed, and people like Joshua Harris can do so at the low, low cost of $275 (edit: it appears he has now graced the people with free instructional videos on how to apostatize. Previously, it was available for free to those damaged by [sic] purity culture).

The snake oil, of course, is the promise of fulfillment through deconstruction. Deconstruction is the antidote to all your wiles and ailments, and while the prevalent language of victimhood and intersectionality isn’t necessarily taking a prominent spot on the webpage, it is nonetheless the theme. Were you damaged by the church? Do you have burning questions that no one can satisfy? Do you find yourself fed up with your current life and find the root of your problems is not the series of choices you made to get there, but the church?

Or perhaps it is the overly zealous religious fanatics that masqueraded as parents who raised you. Better yet, perhaps it is now the figure who stands before you as a bonafide deconstructionist, who is simply seeking to atone for his past sins of biblical fidelity. All of it is wrapped up in the veneer of a new iconoclasm, where the vestiges of the Judeo-Christian high places in one’s life must be torn down in order to erect a truer sense of one’s self.

This is perhaps where I double down even further by saying the ironic part of all of this is that the deconstruction movement is nothing more than a reactionary movement. It is incapable of creating anything of genuine virtue or beauty; it is unable to make something new. Its entire identity is based upon tearing down the framework of something old, which means whatever is erected in its place isn’t something entirely meaningful. It isn’t an identity, not at least as one within its midst would like to define it—it is an anti-identity. In other words: the whole process, start to finish, is unable to deliver one from the [sic] damage of the Christian faith simply because it necessitates the Christian faith to exist in the first place.

What’s more than this is that it is much the same style as all of the self-help messages that have been the bread and butter of flaccid Evangelical churches for decades, where the teaching is an inch deep and a mile wide. It simply drops the veneer of Christianity, which while perhaps it is a bit more honest in that regard, it is still nothing new. It is the same snake oil peddled by the likes of Oprah and her ilk; it is the same mantra the broader culture has sworn by for years. It’s the same mantra of Instagram influencers who don their posts with hashtags like #bossbabe and #selfmade because the message is much the same: you are enough.

You can recreate your own story and reinvent yourself. You’re beautiful just the way you are. You are the unique butterfly in all the cosmos and don’t let you let anybody tell you differently. It is oddly reminiscent of the positive thinking so emblematic of the Word of Faith movement within Pentecostalism and Charismaticism. The sad reality is that this is the most common kind of thinking that has placed the self at the center of the universe since the dawn of time. It leads one to think that despite many claims to original thinking, especially for one who has taken the time to read deeply and widely within the historic writings of the church, that it is nothing more than a rehashed argument from antiquity that believes people can make a name for themselves by building a tower that reaches the heavens. Or perhaps even older still, it is that they can be as God Himself, determining reality as they see fit.

As all snake oil salesmen, Joshua Harris promises that which he cannot deliver. While the method he uses may be fresh, it is the same, well-trodden (and broad) path that many have laid before him. It’s trite, shallow, and emotionally manipulative—and arguably, if you’re familiar with the story of Sweeney Todd and Pirelli’s Miracle Elixir, any who take off the cap and take a whiff of what he’s selling will echo the barber’s thoughts, “This is piss. Piss with ink.”

July 28, 2021
Why Churches Go Woke: They Deny The Sufficiency Of Scripture
Next Post 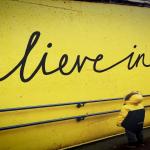 August 18, 2021 Faith, Good Works, and the Danger of Shallow Christian Sentimentalism
Recent Comments
0 | Leave a Comment
"The catholic church and its doctrine is a product of Satan.Especially now and in the ..."
D.M.S. Why Evangelicals Need to Stop Saying ..."
"God is adapting?You’re loony if you actually believe that.All of us have to adapt to ..."
D.M.S. Why Evangelicals Need to Stop Saying ..."
"I think that it might help if every Christian husband were committed to the kind ..."
Cindy Westfall Two Stupidly Simple Pieces of Advice ..."
"“Pride goes before destruction, And a haughty spirit before a fall.”……It is easy to see ..."
Cmogruder Faith, Good Works, and the Danger ..."
Browse Our Archives
get the latest updates from
The Chorus In The Chaos
and the Patheos
Evangelical
Channel
POPULAR AT PATHEOS Evangelical
1

10 Questions Christians Should Ask Before...
Theological Apologetics
Related posts from The Chorus In The Chaos 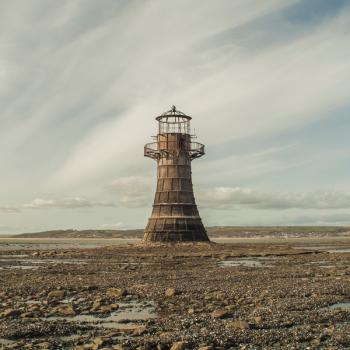 Evangelical
3 Lessons from the Rise of 'EXvangelicals' and...
The Chorus In The Chaos 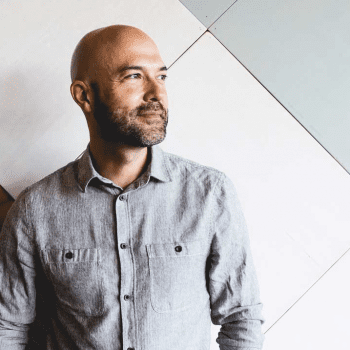 Evangelical
Farewell, Joshua Harris
The Chorus In The Chaos