The God of Calvinism is Greater than the God of Arminianism

The God of Calvinism is Greater than the God of Arminianism December 3, 2015 Grayson Gilbert

While I prefer to use the term, “The Doctrines of Grace,” it is, for all intents and purposes of this post, synonymous with Calvinism. The plain reason I would prefer to clarify in utilizing the term “Doctrines of Grace” over that of “Calvinism” is simply due to Calvinism being so much more than the five points offered in response to Arminius at the Council of Dort, 54 years after the death of John Calvin and 9 years after the death of Jacob Arminius.

Yet for most people, we operate under the blanket terms of Calvinism and Arminianism, or Calvinist and Arminian, respectively. So for the remainder of this post, when I use the term Calvinist, know that I am referring more appropriately to the Doctrines of Grace and specifically, the historic, five-point acronym known as T.U.L.I.P., which encapsulates the poetic wonder of God’s sovereign interaction in man’s salvation.

I would further clarify though that Calvinism is a most natural means of understanding scripture, especially within the redemptive framework of our triune Lord. For when we speak of God’s sovereignty over all things, we mean even more clearly in the act of redemption. Perhaps it can best be summed in this brief quip: the five points of Calvinism is the gospel. This is why we have drawn such a firm dividing line between our stances.

We both, respectively, believe our theological position to be correct, though even those condemned as heretics in the early church utilized the scriptures for their purpose. We both believe these doctrines to be intimately tied to the facts surrounding what it means to be saved – and the specific route of salvation. Yet the crux of what is at stake is not which party is correct, though this will inevitably come about with a diversity of opinions on how to approach the text. No, what is at stake, is worship. What is at stake is the character of God, namely, His all-encompassing, supremely transcendent, unbridled glory.

When one takes into account the tenets of Arminian theology, my friends, you have an incredibly small God and in lieu of this, a higher opinion of the character of mankind than you ought. In reality, it is a man-centered approach to the gospel.

I wish to propose though, that the entire earthly ministry of Jesus Christ was purposed to demonstrate His authority, power, and dominion over all of created order, including you. Thus, when He calmed the seas, healed the lepers, cast out demons, gave sight to the blind, turned water into wine, healed the paralytic, raised Jairus’ daughter, called Lazarus forth form the tomb, grew an ear back upon the guard’s head, and His resurrection and ascension – demonstrated His divine superiority over everything on this earth. In other words, these miracles attested to His power as the God of creation and stood as a fulfillment of prophetic utterance.

Furthermore, these miracles demonstrated authority, as the rightful King over all creation, who crushed the head of the usurper, Satan. Even greater still was the expression of His dominion, properly seen in His defeat of death and sin. Surely, Arminians and Calvinists alike will recognize these distinctions – yet the Arminian fails to tie this directly into Christ’s authority, power, and dominion within the act of salvation. Why? Because it feels like betrayal to realize your will is not as powerful as you think it is.

However, this is that same old adage from the garden. Autonomous man feels that with the knowledge of good and evil he is even capable of contributing in some fashion toward his salvation. After all, it is his salvation.

If you wish for concession to free will, sure, I will fully concede: you are free to operate in your capacity with which you are predisposed to operate in. In other words, you are freely able to operate as a being sown in sin, whether that begets liberation from the due penalty thereof or not; the conditional liberation, of course, being bound in the object of Christ’s unmerited mercy, the continual binding, that of the rebellious will.

And for this reason is your God too small:

Rather than saying, “He shall not lose one whom the Father has given Him,” you have said, “He shall only have those whom shall choose the Father.”

Rather than saying, “We love Him because He first loved us,” you say, “I love Him now because I chose to love Him before.”

Rather than saying, “He predestined us to adoption as sons through Jesus Christ to Himself, according to the kind intention of His will,” you say, “He knew who would choose Him, but His will did not affect my own.”

Rather than saying, “In your book are written all the days that were ordained for me,” you have said, “You know my days, but you could not ordain the day of my salvation!”

In all of this though, perhaps the greatest travesty is found within the neglect of understanding the purpose of your salvation. You see, we work out our salvation with fear and trembling, because it is God who is at work in you, both to will and work for His good pleasure (Phil. 2:12-13). More clearly, salvation is for you – but it is most certainly not about you. Salvation is designed to make known the riches of His mercy (Rom. 9:23), to the praise of His glory (Eph. 1:12), and to bring us right back to understanding Christ’s authority, power, and dominion over all things (Col. 1:15-23).

The Arminian concept of God is too small because it fails to understand how the economy of God in salvation matches perfectly with Christ’s ministerial purpose: He is the rightful ruler of all things – and nothing in created order can thwart the purposes of God. 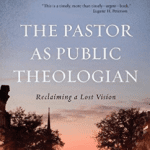 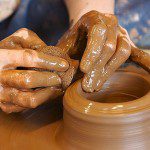 December 8, 2015 No, An Utterly Sovereign Lord is Not Evil by Necessity - Pt 1
Recent Comments
0 | Leave a Comment
Browse Our Archives
get the latest from
The Chorus In The Chaos
Sign up for our newsletter
POPULAR AT PATHEOS Evangelical
1

Why Evangelicals Are So Disliked, Part...
Cranach
Related posts from The Chorus In The Chaos

Evangelical
We Ought to Expect More from Christian Musicians...
The Chorus In The Chaos
TRENDING AT PATHEOS Evangelical