We Need Another Reformation

As we near the commemoration of another Reformation Day, I wonder if the Evangelical Church could tolerate a man like Luther in our own day. My sentiments are that he would be the bane of many within even the Reformed traditions, most notably for his lack of overall candor and poor tone. My intention here is not to suggest I always felt Luther was correct in his inflammatory rhetoric, but I do believe he was the man needed for the job. Could any other individual have led Europe to Reformation? Who knows? What we do know is that God was pleased to use Martin Luther to spark the Reformation and ultimately change the landscape of the Western world—arguably even the whole world.

Part of me wonders how a man like Luther would be received today. No doubt he would be condemned for his lack of empathy, his penchant for calling those whom he disagreed with “antichrists,” and his blatant disregard for the powers that be. I imagine he would have a field day with the current landscape of Evangelicalism the way it is. I have sincere doubts he would give an ounce of leeway with the who’s who of celebrity Evangelicals, nor would he likely be inclined to accept many of the theological and ideological drifts of our own day. One thing that would not make his epitaph would be tolerance, nor did it in the 16th century, of course.

Not all things Luther are commendable. I think most notably of his diatribe against the Jews near the end of his life and see it as a terribly sharp example of what it means to not finish well. As many well know, this would provide fuel for the Nazi fodder, though even Luther’s diatribe pales in comparison to what Hitler would use it for. It is a remarkably sad thing that the words of a minister of the gospel could be so easily used in such a manner. There is the temptation of many to write Luther off completely for this reason, just as many summarily do to John Calvin due his role to play in the death of Servetus, however minimal that was.

In either sense, it is fairly easy for modern sentimentalities to lead to what one might call a chronological snobbery. We look back in history and impose our own sensibilities, forgetting that history is a rather complicated ordeal. Rarely does one see things as black and white in the midst of their own day. Suffice it to say, even the best of men hide skeletons in their closet. This the fundamental flaw with revisionist history, but as this piece’s aim is not to attack that dog, perhaps we can come back to that another day. Rather, what I’d like to simply propose at this point is that the core of the Reformation, at least the core of what we good Protestants celebrate about the Reformation, needs to once again be lifted high. We need to recover the gospel.

Many read those words with a sense of indignation. Who am I to say the gospel has been lost? This was the sentiments of many who read this post I wrote here, when I made the claim that over half the church doesn’t believe the gospel. If you want a rather depressing confirmation of what I wrote in that piece, simply skip down to the comments and see how many twist up the basics of the Christian faith. See how many outright deny justification by faith through grace alone, how others claim a Christianity representative of the culture is a good thing, and so on and so forth. The gospel is enshrouded in darkness in the States. We need not celebrate another Reformation Day; we need to bring about another Reformation in our own day.

This is where I sense many within the church today have failed in a rather grand way. There is much talk about the gospel, yet many leading figures within Evangelicalism muddy the waters with various social causes, endless fundraisers, and building the next Big Eva brand. Young Calvinists are preoccupied with arguing one another over the intricacies of things like Supralapsarianism and Infralapsarianism, yet they’ve not bothered to give the gospel to an unbeliever for years. Doctrine is important—don’t misunderstand me to be saying that we ought not concern ourselves with such things as if they are of no importance.

My simple point is that the Young Calvinist crowd, for all their eager talk about the Doctrines of Grace, seldom bring these wonderful truths to bear on the people who need them most. The Big Eva types, who quite frankly should know better by this point than to hitch their wagons to various social causes, are guilty of much the same. At the same time, we have people asking the legitimate question: Is the Evangelical Movement Really Evangelical? At the root of all of this is the common thread of apostasy—a forsaking of the gospel.

If there is anything this season of life in 2020 has opened our eyes to, it is the mission drift of the church. Countless pastors and preachers have bowed the knee to secularist missions like Black Lives Matter, others have abandoned their roles to shepherd in the midst of a pandemic, and others still have given way to blasphemous teachings and practices. Many laud men of ill repute who sanction the murder of countless children in the womb, the perversions of sexual anarchy, and blatant lawlessness in the streets. This has long been a pattern within the Evangelical world, but the dividing point has become all the more focused as this year has exposed various people and organizations for much of what they truly stand for.

On the opposite end of this is a rather large contingent of people who simply have never heard the true gospel. Unchurched people no longer come to the table with an understanding of even the most rudimentary concepts of the faith; the culture has no real concept of things like sin, who God is, what the purpose of man is, and what God requires of those who wish to enter into Heaven. Furthermore, many within the walls of the church have little understanding of these things as well. For some who have been exposed to teaching on these things, they’ve become accidental heretics by embracing teaching contrary to the Scripture’s own on the person and work of Jesus Christ.

Yet the promise in Luther’s day remains the same as our own, because it is Christ Himself who gave it:

“Do you not say, ‘There are still four months, and then comes the harvest’? Behold, I tell you, raise your eyes and observe the fields, that they are white for harvest. Already the one who reaps is receiving wages and is gathering fruit for eternal life, so that the one who sows and the one who reaps may rejoice together. For in this case the saying is true: ‘One sows and another reaps.’ I sent you to reap that for which you have not labored; others have labored, and you have come into their labor” (Jn. 4: 35-38).

My friends, the field is white with harvest. There are hordes of unchurched and untaught people within our country that are ready to hear the gospel and believe. You need not any gimmick, rhetorical flair, unassailable answers, and the like, to preach the simple gospel that saves. You need only unfurl the Word and lift it high. Yet for that to happen, you need to actually do it. Just as the Reformation does not owe itself to Luther, for there were many workers who gave their lives for the cause, the current Reformation will not hinge upon the work of one man. Perhaps in this time the Lord will raise a man like Luther, who for all his brashness, lifted high the Word of God and preached an unadulterated gospel to any who came within earshot. Perhaps even better, the Lord will raise an army of men and women willing to do so.

We need a Reformation, but first we need people willing to give themselves to such a cause, assuming they are fit to do so to begin with. What I mean by this is not simply the task of preaching the gospel and bringing that unassailable beauty to light once again, but the cost associated with bringing such beautiful truths to light. You may not have a “here I stand” moment as Luther did, but perhaps you just might. Many, and I do mean many, love to daydream about such moments. They imagine that if the time comes for them to die for the cause of Christ, they shall indeed stand in such a moment. I have to ask though: if you’re not willing to stand in the day-to-day moments when peace and prosperity are about you, what good reason do you have to believe you shall remain when all is required of you? 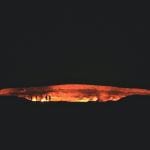 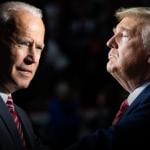 Evangelical
A Lesson from Isaiah on the Sovereignty of...
The Chorus In The Chaos

Evangelical
Looters and Rioters Don’t Care About George Floyd...
The Chorus In The Chaos
TRENDING AT PATHEOS Evangelical