Tim Tebow is making everyone uncomfortable. He makes sports analysts uncomfortable because he is running the football 22 times a game, something that has not been done by a quarterback since 1950. He is completing half of his passes at best. He seems locked on a single receiver when he drops back into the pocket to throw, and his mechanics are terrible. Yet, the Broncos are 5–1 since he took over, and the fans seem to adore him despite his unorthodox style.

Oh, did I mention that he keeps praying on the football field and constantly talking about Jesus? That is what is really driving everyone nuts. Kurt Warner, the old NFL poster-boy Christian, thinks Tebow should tone it down a notch. Jake Plummer basically says, “Hey, we get it. You love Jesus. Give us a break with it already.” And Tebow? He just smiles and says, “I can’t help talking about Jesus. He’s my Savior. I love Him.”

It came as no surprise to me, then, that Tebow’s name came up at church during Sunday school. What was my opinion on the matter? Is Tebow being persecuted? Should he tone it down? Aren’t Plummer and Warner basically saying the same thing? My thoughts were a bit confused at the time, but here is what I think now after a little reflection.

I don’t think it should bother us that Tebow is irking both the godly and the godless with his displays of public piety. Could it be that he is praying after touchdowns because he is like the Pharisee who enjoyed praying in public? Perhaps. But couldn’t it also be the case that Tebow really does think about Jesus so much that he couldn’t care less who is watching him, like David dancing before the ark? That could be the reason he does it, couldn’t it?

I started contemplating the matter more closely. If he does his public displays for attention, then Tebow has his reward. No sweat, really. Christians have done far more publicly embarrassing things than pray like hypocrites. But if it is the latter, and I really hope that it is, imagine a guy whose first impulse is to celebrate his every success with Jesus Christ. What if his first thought is not for his stats, his next contract, or for the millions of people watching, but to his brother in the flesh, his Savior who bore away his sins, his best friend and confidant, Jesus Christ? And if that is really the case, do I want to be the guy who says, “Dude, could you tone down your thankfulness a notch and just play football? You’re making me uncomfortable with your Ned Flanders act.”

Uh, no. I’m not going to be that guy. (Things didn’t turn out so well for David’s wife who despised his exuberance.) Instead, I am going to give Tebow the benefit of the doubt, as I should every other brother and sister. I’m going to pray for him to hold up under the scrutiny, and I will pray for him to be able to act with poise and dignity for Christ’s sake underneath the intense spotlight that the NFL brings.

And I am going to pull for the Denver Broncos because of him. I can’t help it. I’ve always had a soft spot for the Broncos anyway.

December 1, 2011
From Punk to Prophet: The Story and Message of Tom DeLonge
Next Post

December 2, 2011 Elsewhere: Motown Nickelback, Serious Ninja Movies, and Skyrim
Recent Comments
4 Comments | Leave a Comment
Browse Our Archives
get the latest from
Evangelical
Sign up for our newsletter
POPULAR AT PATHEOS Evangelical
1 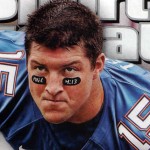 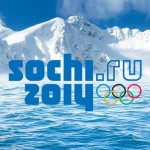