Earlier this week, Apple held an event during which they announced several new and updated products, including a smaller iPad, thinner and sleeker iMacs, and a new high-end laptop. Needless to say, these announcements got plenty of people excited, including yours truly, as the months — and even years — of anticipation, rumors, and analysis come to a head and revealed a slew of lovely new products.

But as Buzzfeed reports, there were some people who were disappointed, even angered by Apple’s announcements. Specifically, people who had bought an iPad 3 in the last month or so. You see, Apple also announced a brand new iPad, and this just a mere six months after they had released the iPad 3, leaving some new iPad owners disappointed, even outraged at Apple. Here are some of the more family-friendly responses:

Many of the Tweets that Buzzfeed listed expressed frustration that recent iPad 3 purchases were already rendered obsolete by the new iPad, just a few scant months after its release. This is, rationally speaking, nonsense. The iPad 3 doesn’t suddenly run any slower, or display things any less sharper and clearer, or stop running certain apps simply because a new iPad appears on the scene. Also, it’s not like Apple lied to these people, by promising them that their iPad 3 would be the latest and greatest for a long period of time.

People bashing Apple because they had the “misfortune” of buying a new iPad shortly before a newer one arrives is hard to hear as anything but entitled whining. And yet, their frustration and anger are kind of understandable. We always want the shiniest and brightest toys, or the biggest bang for our buck. Furthermore, marketing — as Erin Straza often reminds us in her “Mixed Signals” articles — does its best to convince us that we need something by telling us that there’s a certain gap in our lives that only can be filled by that particular product. And Apple’s marketing department has done a very good job of creating a great amount of desire for their products.

But here we see an interesting twist, when people’s desire for the latest and greatest — which is arguably spurred on by Apple’s marketing — runs up against Apple’s own product cycle. Or rather, when Apple’s product cycle undermines and challenges the expectations and assumptions of those who buy their products. Companies like Apple are under no obligation to schedule product releases around consumers’ desired timelines, though it obviously makes sense to keep that in mind; Apple would be perfectly within their rights to release new iPad models every six months if they wanted to.

Put simply, you will never own the latest and greatest. The minute you buy anything, it becomes obsolete — and that is especially true when it comes to anything technological, given the ever-increasing pace of development. It’s funny to think that something like an iPad — an incredibly desired and highly sought-after product — could remind us that there is something to be said for learning to be content with what we have, and to not be caught up in a vain, materialistic pursuit to always possess the newest, as if that’s what’s important.

Or, as one commenter on the Buzzfeed article wrote, “And the moral of the story is- buy the shiny new thing because you want what it does, not because it’s the shiny new thing.” Unfortunately, such thinking flies directly in the face of what our culture, and much of the marketing that surrounds us today, tells us to do.

October 24, 2012
Why Our Features Have Such Nice Pictures
Next Post 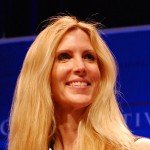 October 24, 2012 Ann Coulter's Use of 'Retard': A Perfect Example of Thoughtless Speech
Recent Comments
9 Comments | Leave a Comment
"Radford made a connection between Ender and Hitler.Another possible connection: Could Card have been referring ..."
Raymond Z ‘Ender’s Game,’ Genocide, and Moral Culpability
"Faith is the confidence that what we hope for will actually happen; it gives us ..."
Smiley M.M. Music Matters: David Bowie, Still Not ..."
""that many of us do not accept that a few cells of human DNA constitute ..."
myintx How I Changed My Mind About ..."
"No thought given to the unborn child whose life was 'silenced and oppressed'... sad."
myintx How I Changed My Mind About ..."
Browse Our Archives
Related posts from Christ and Pop Culture