Authenticating Ourselves to Death

“The only transcendence that remains is that of oneself over oneself, that of an authentic ego over an inauthentic one” –Luc Ferry, Man Made God.

J.D. Salinger may be the quintessential American author of the “authentic.” His most well-known character, Holden Caulfield, is obsessed with a “phony” world in which no one values innocence and sincerity, where people love bad movies and ignore true moments of beauty. This obsession has been the source of derision and popularity for The Catcher in the Rye. Critics dismiss Caulfield’s adolescent whining as egotistical, while fans of the novel sympathize with his desire for something really beautiful and true in an increasingly profane and mediated age. But whatever you think of Holden, his anxiety is instructive for those of us who live in a culture where personal image has become formalized through social networks.

Holden felt ill when he witnessed someone self-consciously putting on a public image. For example, he tells us that whenever he heard someone say that something was “Grand” he would want to puke. Like so many words of our own time, “Grand” became an empty, clichéd term of vague approval that only served to trivialize whatever it referred to. It would be like if someone asked us how married life was treating us and we replied, “Awesome”–a diminutive in the shell of a superlative. This kind of artificiality drives Holden to a breakdown, but it also creates in him a deep hunger for the innocent and sincere. In a world where everyone appears to be pretending all the time, Holden loses his orientation and can no longer feel where he belongs.

Maybe you can’t imagine wanting to vomit when someone says “Awesome!”, but Holden’s anxiety is a basic modern one: if our identity is the most basic and essential thing about us, the thing that we can know and which defines us and our worth, then our greatest fear is an identity crisis–when we no longer know who we are. But Holden discovers that almost the whole of society is suffering from an identity crisis that they refuse to acknowledge, and so everyone just goes around acting, playing the part of a secure identity, when really, there might not be any authentic Self beneath all our “grand” posturing.

Since The Catcher in the Rye‘s publication, “sincerity” or “authenticity” has only grown as contemporary virtue, precisely because we continue to believe that the most basic and essential thing about us is our identity. And, of course, the industry of identity promotion has only grown exponentially since Holden first complained about corny movies. Some of the most powerful businesses of our time are services which help us carefully shape and share our public image: Facebook, Twitter, Instagram, Tumblr, LinkedIn, etc. We are lucky if we can to listen to music without unintentionally announcing to all our friends what song we’re currently listening to (thanks, Spotify!).

I don’t think Holden would get out of bed in 2014, I really don’t. The very thing he finds so repulsive about his world has become the center of our social existence. So, it’s really not surprising that we find such a strong movement towards sincerity and intentionality. Most of us would rather embrace self-image-making technology and work harder to create an identity that makes us feel fulfilled and meaningful. But for many people, that’s just not an option. We have to believe we are being something true. But I think if Holden saw me reading Kinfolk Magazine on a bus, he’d call me a phony, still. And he’d probably be right, in a sense–a concern that Ethan McCarthy raises later in this issue.

It’s not until Salinger’s next novel, Franny and Zooey, that we get a substantive response to Caulfield’s phony world. In it, Franny has a mental breakdown as she tries to accomplish what Holden couldn’t: to find some pure, basic identity inside herself which she could truly believe in. Franny believes she kind find this ground by saying the “Jesus prayer” (“Lord Jesus Christ, have mercy on me”) without ceasing, ridding herself of egotism completely. But this spiritual quest only leads her to a dramatic emotional breakdown. Her recovery comes from the intervention of her brother, Zooey, who admonishes her not to look inward to find a pure “Franny,” but to turn outward to her neighbor in service. The “secret” Franny is looking for is that we can’t find authenticity by looking for our true self. If we try to be “real” or “sincere,” we’ll only end up focused on ourselves even more. Instead, Zooey tells her to act with her whole heart for the sake of everyone else in the world, seeing that even the crummiest, phoniest person is in a sense Jesus. As Christ tells us in Matthew 25:40, “Truly, I say to you, as you did it to one of the least of these my brothers, you did it to me.”

Salinger’s novels are hardly Christian in their “worldview,” but there is some deep, common grace truth in this conclusion, one that I believe contemporary culture and the church would do well to heed. Because the most basic and essential truth of our existence is not our identity, but Christ’s. And so any quest for our “authentic self” will end poorly. And perhaps Zooey’s right. Perhaps we need to turn our attention and energy outward, toward others, seeking to act faithfully and excellently in everything we do, as we do it unto the Lord.

This article was adapted from the editor’s letter in the most recent issue of Christ and Pop Culture Magazine, “Authenticating Ourselves to Death.”

February 21, 2014 CAPC Podcast #4: Hot Pockets, Steven Furtick's Elevation Church, The Beats Music App
Recent Comments
0 | Leave a Comment
"Radford made a connection between Ender and Hitler.Another possible connection: Could Card have been referring ..."
Raymond Z ‘Ender’s Game,’ Genocide, and Moral Culpability
"Faith is the confidence that what we hope for will actually happen; it gives us ..."
Smiley M.M. Music Matters: David Bowie, Still Not ..."
""that many of us do not accept that a few cells of human DNA constitute ..."
myintx How I Changed My Mind About ..."
"No thought given to the unborn child whose life was 'silenced and oppressed'... sad."
myintx How I Changed My Mind About ..."
Browse Our Archives
Related posts from Christ and Pop Culture 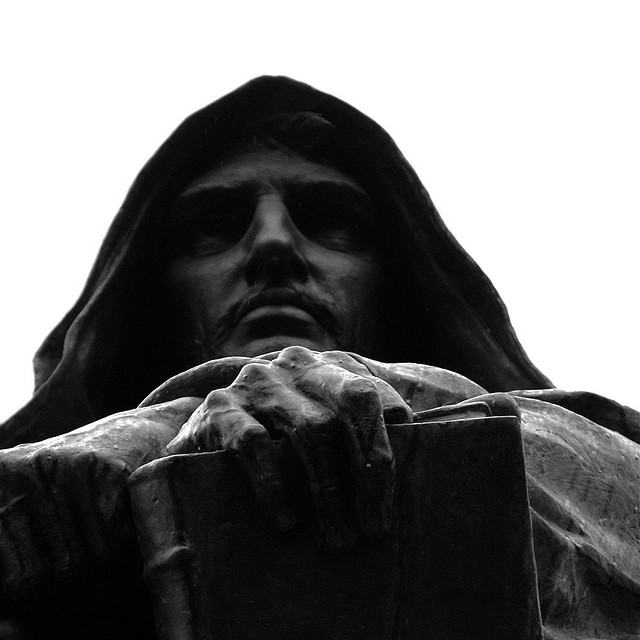