In the next four years, the President of the United States will have to address the growing threat of a Muslim country with a very large population that is hostile to the US, is a safe haven for terrorists, is (probably) fighting a proxy war with us, is the target of regular drone strikes, and already has nuclear weapons.

No, this isn’t Iran. It’s Pakistan. And it’s the country both presidential candidates aren’t really talking about, even though by some measures it’s the greater threat to national and regional security. Hopefully, we’ll hear some detailed discussion about Pakistan tonight, but given the recent press over Iran and Libya, I wonder if we’ll hear much.

Over at The Daily Beast, Bruce Riedel makes a strong case that we need to be having a serious conversation about Pakistan:

[W]hat we need to hear from them Monday night is how they will keep the pressure on the terrorists in Pakistan when we bring our troops home from Afghanistan. How will we continue to undertake the necessary counterterror missions from Afghan bases? Will we keep some troops behind to ensure security for our drones and other counterterror assets? How many? How will we persuade Afghans to let us use their bases to help us fight terror? How do we persuade Pakistanis the drones are not their enemy? Should we continue our aid programs? Do we have a plan B if the Afghan Army starts to disintegrate? Do we have a plan to protect the more than 3 million young Afghan girls now going to school in their country who would be treated just like Malala if the Taliban regains power? How do we fight terror and help Malala? These are the really tough questions.

My take is that neither candidate has proven himself to be well-suited to deal with Pakistan. Obama’s foreign policy record has been much stronger than his domestic policy (I think so at least), and he understands that a major part (if not the center) of the War on Terror is a Public Relations war over whether or not the West is at war against Islam. (Related: “What Motivates Suicide Bombers? It might not be what you think.”)

This has been one of his strengths, and it’s something he picked up from Bush (to some extent). It’s fine to take a hard line on issues in the Middle East when we are clearly in the right, when our cause and actions are just, but when we or our representatives piss on foreign dead, burn Korans, and slaughter civilians for sport and carry around pieces of their bodies as trophies — it’s not time to act “tough,” it’s time to admit mistakes and make amends where appropriate. Because there is nothing jihadists like more than to be able to point at our arrogance as evidence that we are out to destroy all Muslims, which makes for great recruitment for suicide bombers. For evidence of this, see a letter from Bin Laden complaining about how Obama has made it difficult to claim that the US is at war with Islam and Muslims.

However, despite an overall good foreign policy record, we still have CIA drone strikes going on with little-to-no accountability or transparency (a virtue Obama ran on in 2008), killing innocent people, and raising serious ethical questions about modern warfare. And given that Obama has not forcefully dealt with Pakistan during the last four years — except for invading their airspace to blow up terrorist targets and kill Bin Laden — I’m not too confident he’ll do much better in another term. Plus, his handling of the Libya tragedy has been awful. And while there is some indication that the Obama administration may have actually been justified in blaming the YouTube video, the mixed messages and lack of security at the embassy to begin with are disturbing.

Romney may be ready for this challenge, but given his tendency to parrot fringe-conservative arguments about Obama’s “apology tour,” I’m not convinced. We need a leader who can be hard and intimidating, but also humble and sensitive. I suspect that much of Romney’s tough-on-Muslim countries rhetoric is just show in order to get conservative support, kind of like Obama’s talk about transparency in 2008, so perhaps he could be a good foreign policy leader. Similarly, Romney’s reaction to the Libya tragedy has been troubling. He’s jumped to conclusions, cast blame, and shown a general disregard for the complexity of the situation. But again, my guess is that a lot of Romney’s opportunism was driven by a desire to get elected, and I imagine Obama doing the same thing if their roles were reversed.

What would make me happy would be both candidates taking the time to get into specifics about how they would approach the Pakistan issue. Can Obama prove that he understands the seriousness of Iran and Pakistan and offer a reasonable plan to deal with each? Can Romney demonstrate an understanding of the complexity of foreign policy and the need for cautious discernment?

Let’s hope so. If you’re interested, I’ll probably be Tweeting and Facebooking the debate. Use the links below to follow me and join in the conversation. 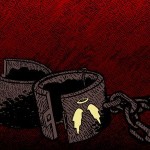 October 22, 2012
Becoming a Slave Again to Edifying Habits
Next Post 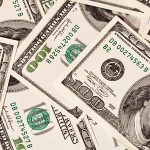 October 22, 2012 Money Can't Buy Happiness but It Can Give You Depression
Recent Comments
2 Comments | Leave a Comment
"Radford made a connection between Ender and Hitler.Another possible connection: Could Card have been referring ..."
Raymond Z ‘Ender’s Game,’ Genocide, and Moral Culpability
"Faith is the confidence that what we hope for will actually happen; it gives us ..."
Smiley M.M. Music Matters: David Bowie, Still Not ..."
""that many of us do not accept that a few cells of human DNA constitute ..."
myintx How I Changed My Mind About ..."
"No thought given to the unborn child whose life was 'silenced and oppressed'... sad."
myintx How I Changed My Mind About ..."
Browse Our Archives
Related posts from Christ and Pop Culture