The Pro-Family Irony of Dan Savage

Recently The Atlantic did a write up on Dan Savage, one of America’s most influential homosexuals. Savage is a popular sex columnist and has written books and been featured on almost every big news outlet. But, despite his open homosexuality, Savage takes an interestingly uncommon approach to family & parenting:

Savage promotes the nuclear family unit because he believes that it is a healthy model for everybody: gay couples, straight couples, children. … Savage says, “It’s really straight guys who get the bum rap. The way straight people have redefined marriage, and the way they define sexuality, it’s really unrealistic about male sexuality.”

And while most of what Dan Savage says regarding the “sexual freedom and liberation” that is sweeping Western society is worthy of criticism, he does, in a peculiar way, enact healthy family practices:

And soon enough Savage had a lot in common with the average straight guy. He is a breadwinner in a fairly traditional marriage, with a son and a stay-at-home spouse… [His] heart clearly lies with the two-parent family with children.

Savage, despite being a product of a sinful society that increasingly promotes disordered sexuality, seems to be drawn towards the monogamous family unit almost instinctively. Despite being a strange place for Christians to pull wisdom from, it is an important and pronounced sign of the very real Image of God that is stamped on the souls of men and women, even those who seem as far away from God’s law as possible. And while I wouldn’t necessarily advise that anyone listen to advice on sexual matters from Dan Savage, I would like to think that God is ironically glorified here. In that one of the most trailblazing anti-christian thinkers in American culture is finding rest, support and purpose in an institution that God designed to make Himself known in; the covenantal family (or something designed to resemble it).

Savage is just further evidence that God’s “eternal power and divine nature have been clearly perceived, since the creation of the world’ (Romans 2:20) and that even in the darkest cultures, the Imago Dei must and does come through, even if it is shrouded in irony. 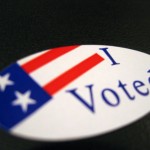 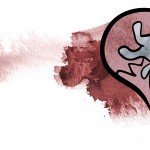 November 5, 2012 The Lost Women and Children of the Abortion Debate: A Pro-life Response to Walsh, Akin, and Mourdock
Recent Comments
26 Comments | Leave a Comment
Browse Our Archives
get the latest from
Evangelical
Sign up for our newsletter
POPULAR AT PATHEOS Evangelical
1

SBL Hosts #BlackScholarsMatter Symposium Online (August 12-13, 2020)
Recently SBL posted the following about a *Free* symposium on the topic...
view all Evangelical blogs
What Are Your Thoughts?leave a comment
Copyright 2008-2020, Patheos. All rights reserved.